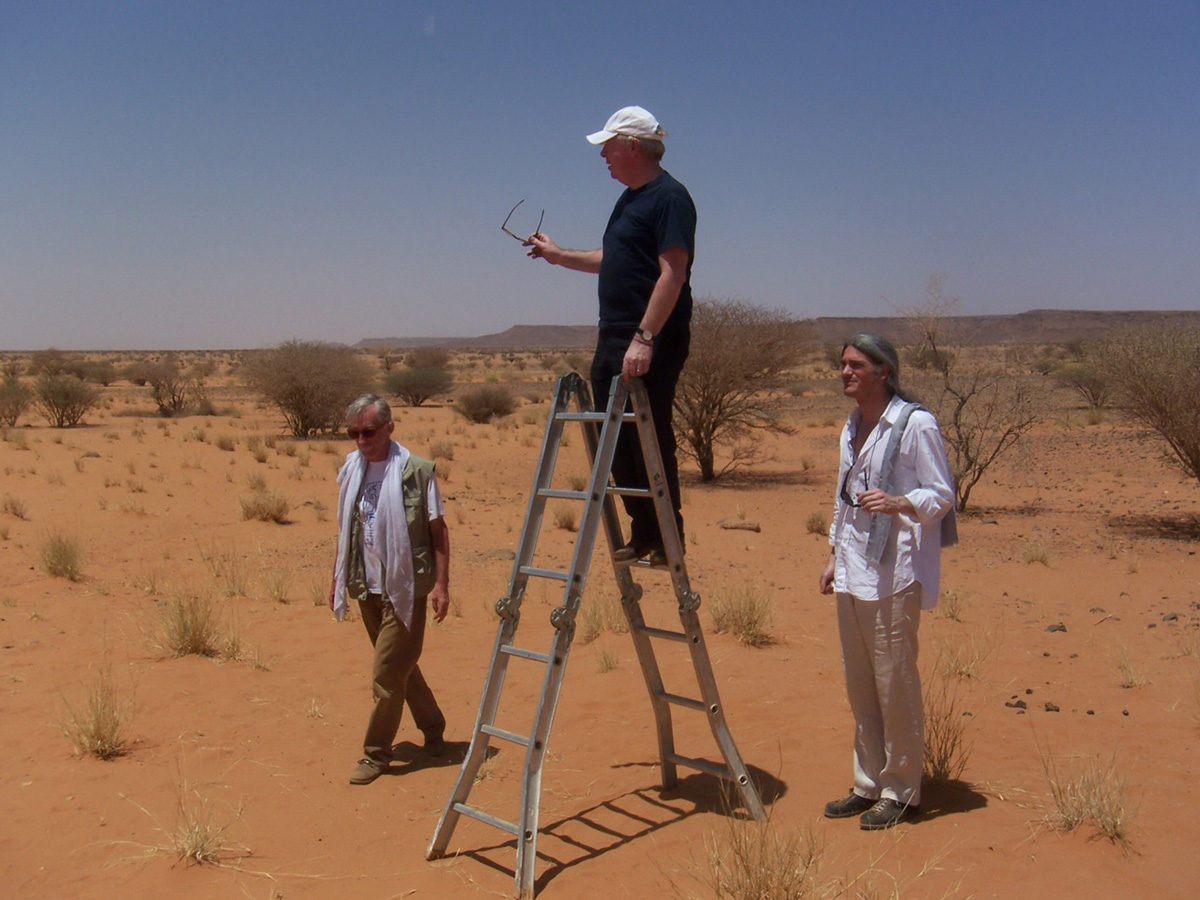 The ancient city of Naqa, one of the largest historic sites in the country, contains the ruins of a former trading city that once belonged to the Kingdom of Meroë. Only accessible via sand tracks, it sits about fifty kilometres east of the Nile and is a three-hour drive from Khartoum. The museum is designed to protect part of the archaeological site from sun, sandstorms, rain and looters. The 15th International Architecture Exhibition, titled 'Reporting From The Front', will include 88 participants from 37 different countries. The exhibition will be open to the public from 28 May 2016 to 27 November 2016 at the Giardini and the Arsenale in Venice. 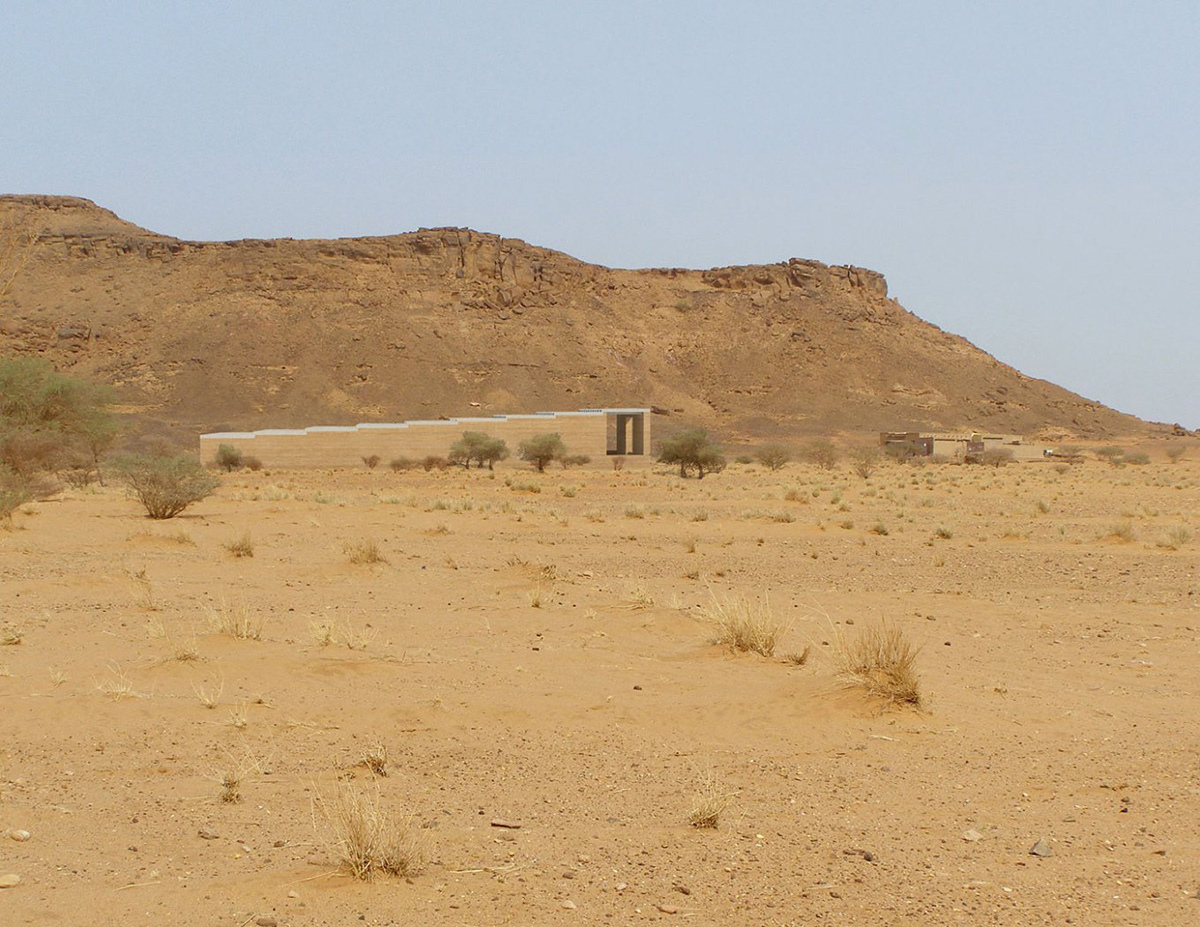 areal view of Naga Site Museum-alone structure in the desert

Naqa is an ancient city in modern-day Sudan. Only accessible via sand tracks, it sits about fifty kilometres east of the Nile and is a three-hour drive from Khartoum. It is one of the largest historic sites in the country and contains the ruins of an ancient city that was once one of the centres of the Kingdom of Meroë. Naqa is believed to have been a trading station and a significant link between the Mediterranean and Africa. 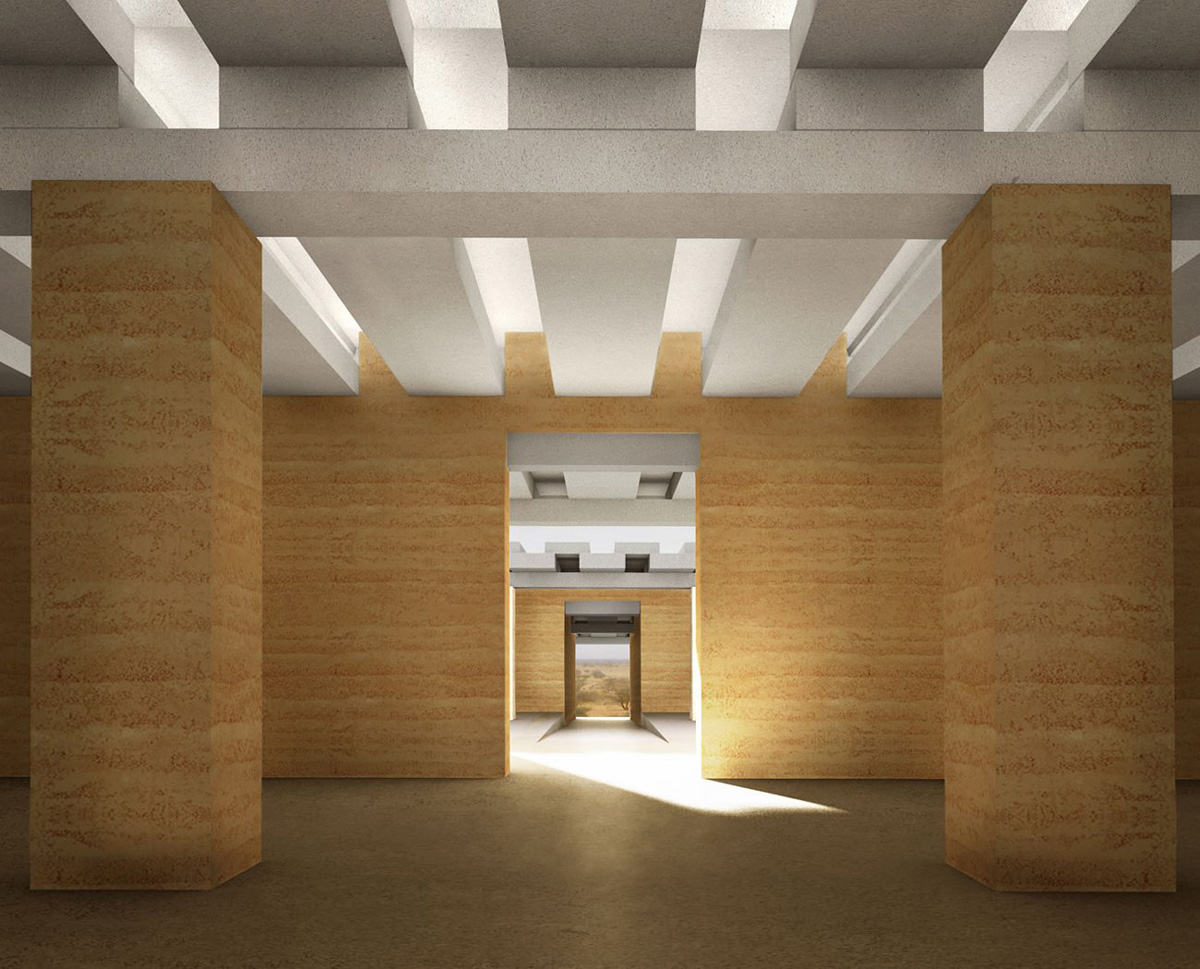 The site has two notable temples – one devoted to the Egyptian deity Amun and the other to the Nubian lion god Apedemak, which has a Roman kiosk nearby. The site is at the foot of the Jebel Naqa mountain, situated near a wadi (a desert valley) with an artesian well nearby to which Bedouin herders bring their flocks to drink. Apart from a small watch house and a temporary archaeologists’ building, the area appears completely unspoiled. 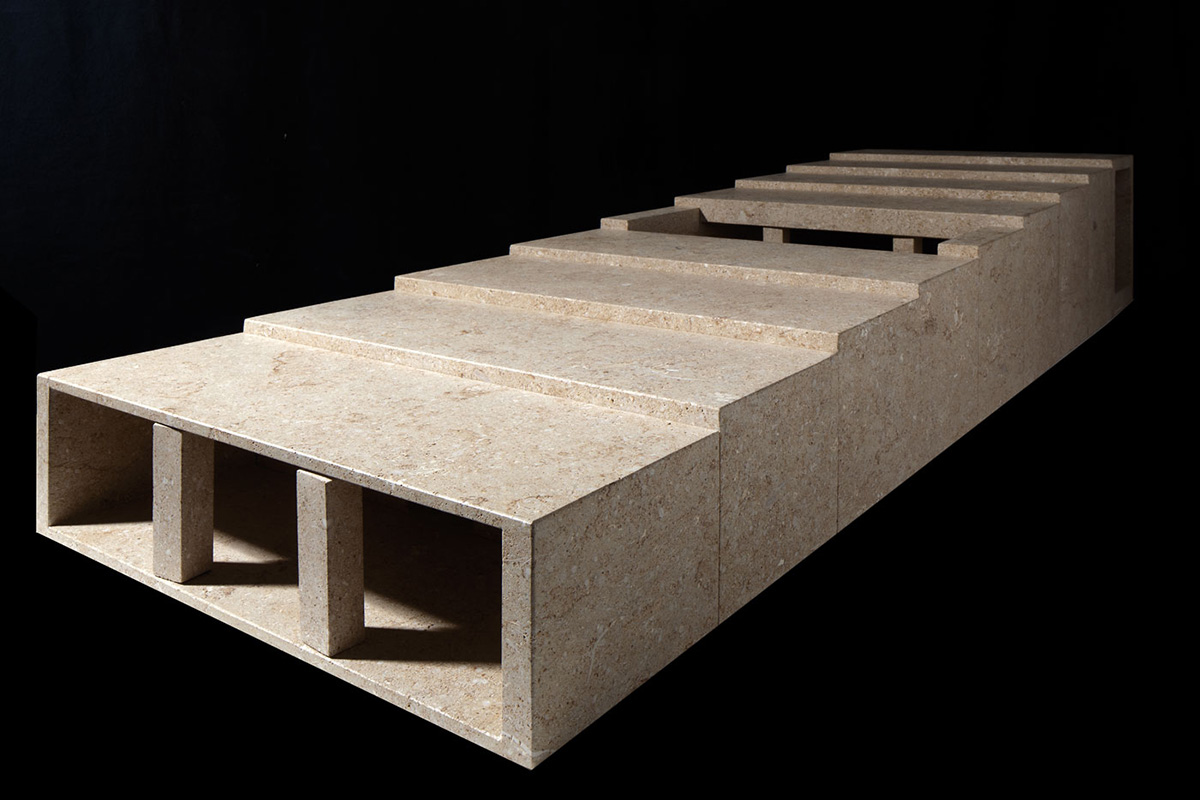 In order for the transportable finds to be stored in situ, an excavation museum is to be erected. A site was chosen at an appropriate distance from the Temple of Amun and the museum so as not to interfere with the pristine setting of the temple ruins rising up from the sand. The outer walls of the building are to be constructed of compressed concrete with local sand and aggregates. The more sophisticated engineering aspects of the roof structure are to be prefabricated. The system of prefabricated elements generates a wedge-shaped longitudinal section, forming a very simple spatial sequence 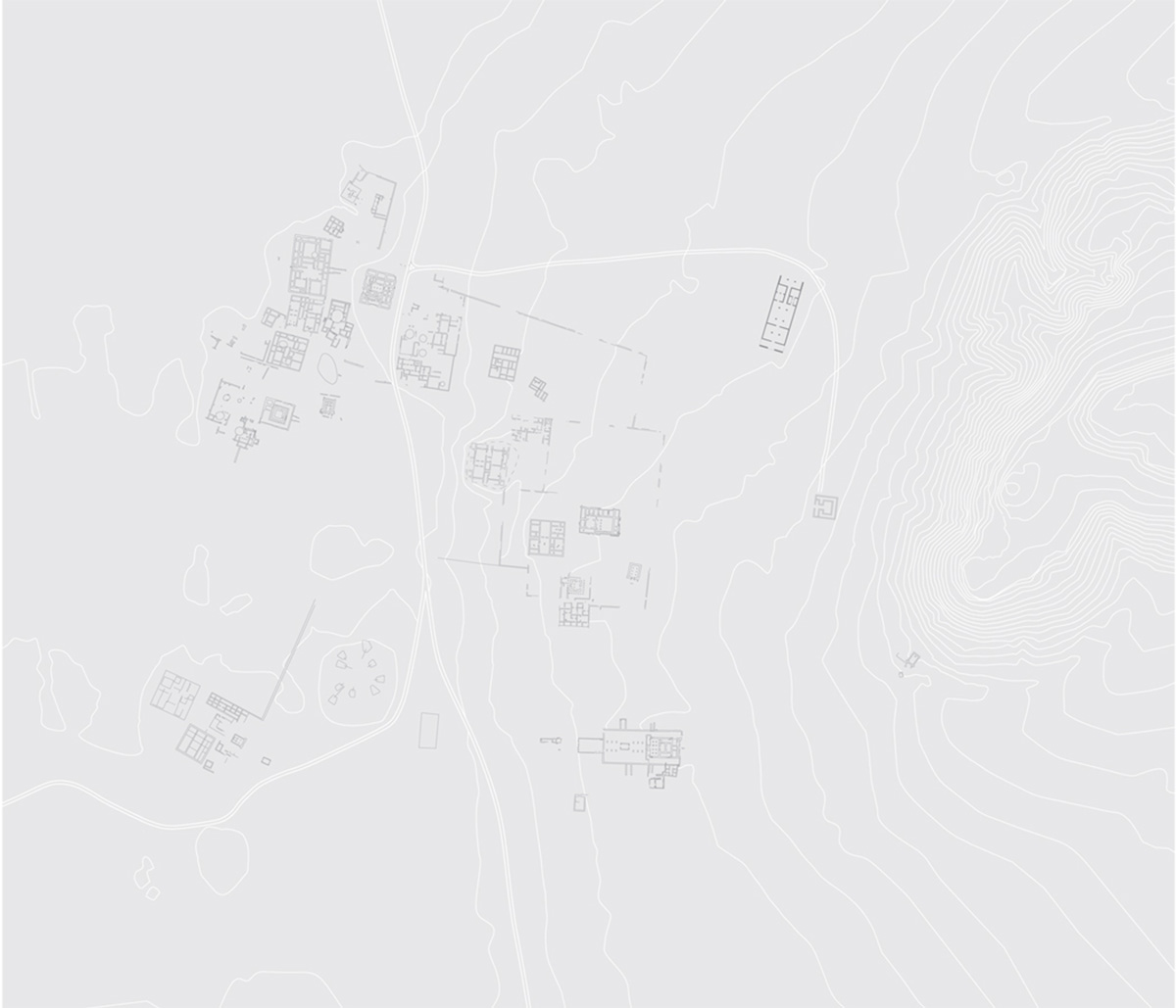 that begins with an arrival loggia, a ramp, a courtyard, and an exhibition space with indirect illumination from the rooflight; and concludes with a viewing loggia. The building, completely without glass, is designed first and foremost to provide protection from sun, sandstorms, rain and looting. 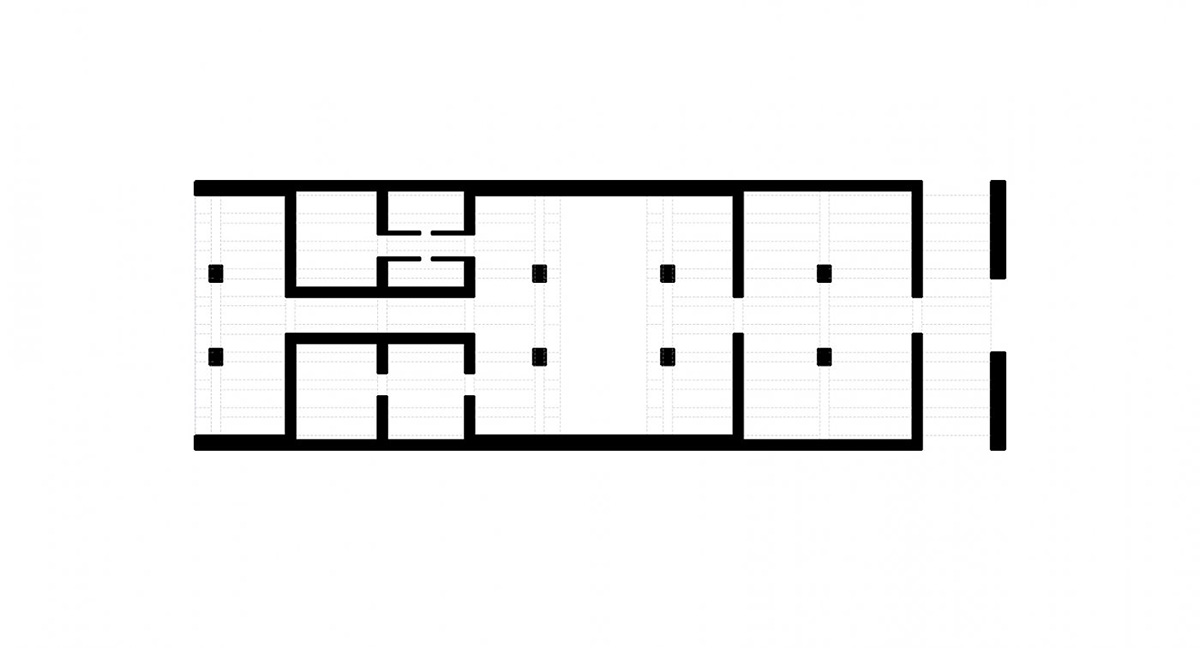