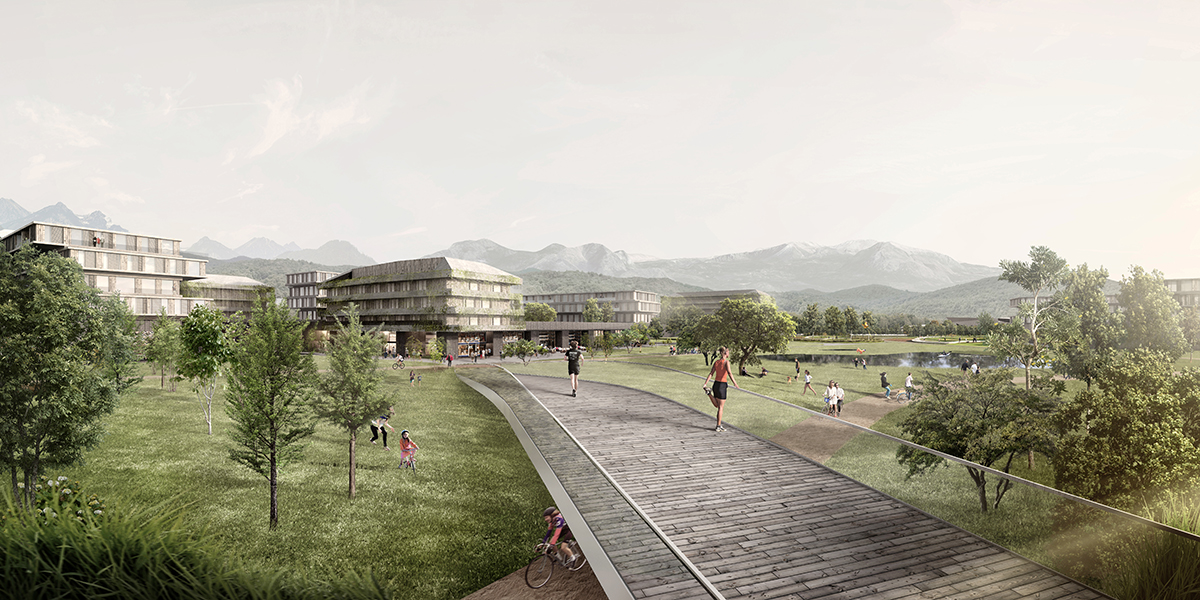 Alper Derinbogaz, founder and director of SALON, has revaled new images of 'Antalya Green Hub', which will be presented by SALON at Cannes’ MIPIM between March 15-18th, 2016. Antalya Green Hub is a master plan concept that creates a new, integrated urban typology relevant to the city’s culture and local environment. Consisting of largely residential and cultural facilities, the project looks into developing a Mediterranean city culture enveloped within nature. Located on the periphery of Antalya (South Turkey), the project site is on the border between the built city and natural forest at the base of the splendid Taurus Mountains. 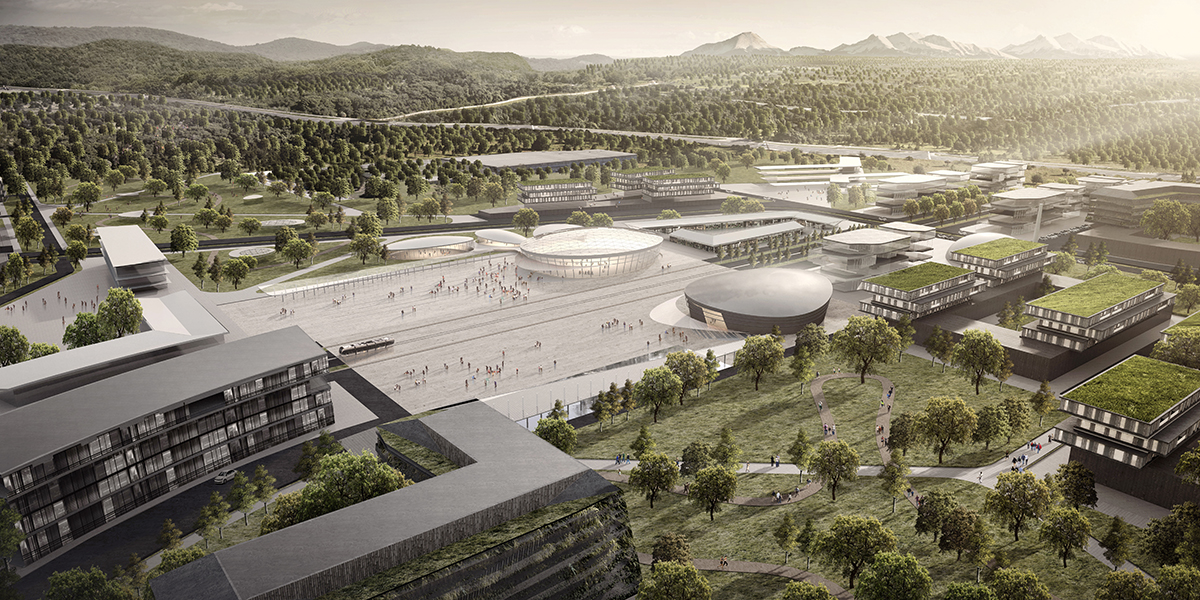 ''Recently Antalya is under a rapid transformation like many other cities in Turkey. These quick transformations usually aim segregated mediocre urban projects rather than balancing the benefits of different actors'' says Alper Derinbogaz.

''Although there are many possibilities for a city like Antalya with much diverse qualities such as forests, sea, history, tourism and culture most of the renovation projects are enclosed mediocre worlds that rather try to exist within their limited environment.'' Derinbogaz adds. 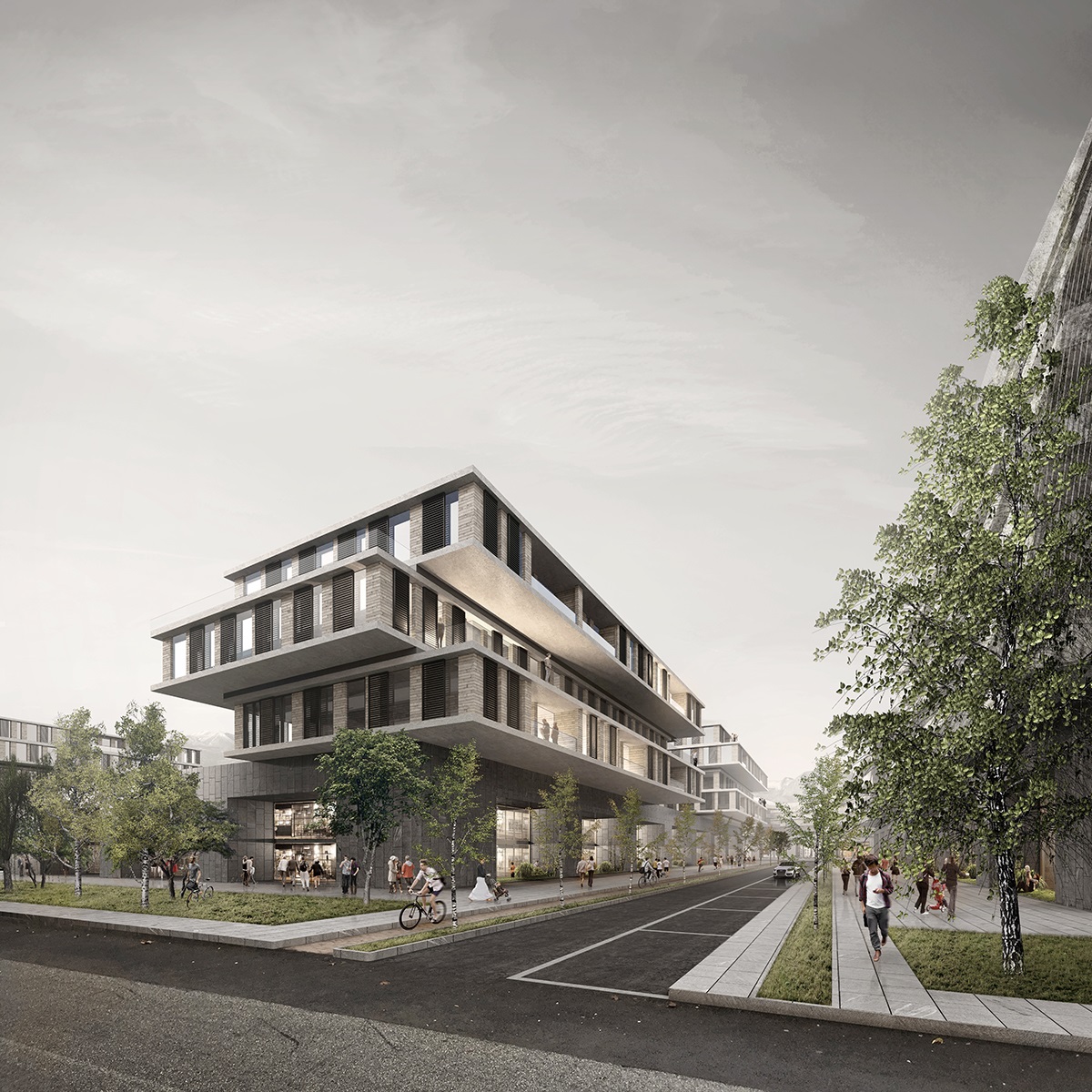 The proposed masterplan tackles environmental conditions and natural parameters as a natural part of the program. The urban grid is shaped by the dominating direction of the wind forces and it is designed to dissolve into the nature with it’s the program and scale. This allows the project to utilize optimum natural ventilation and sustain excellent air quality. It maximizes the bicycle and pedestrian accessibility by defining distances of distributed functions related to this concept. 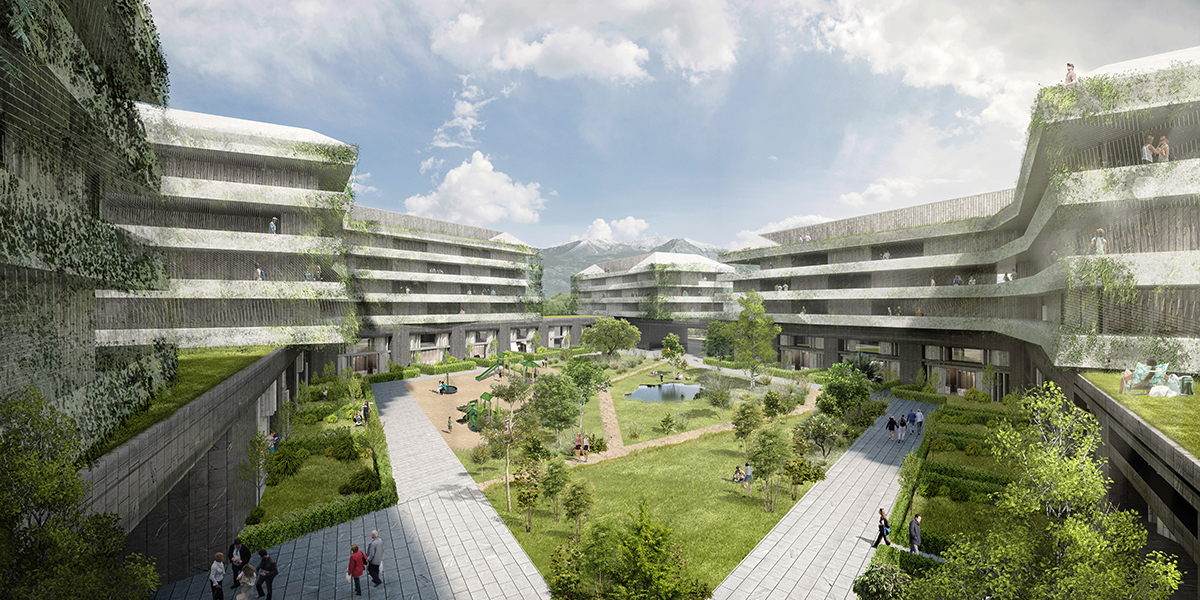 The project, starting from the selection of the elements in the program envisions creating a diverse life in a sustainable environment. It presents an eco-friendly system with respecting local conditions and needs. In order to avoid creating un-used spaces it defines the scales of the streets, courtyards and public spaces carefully and distributes all functions in reachable distances by cycling and walking. 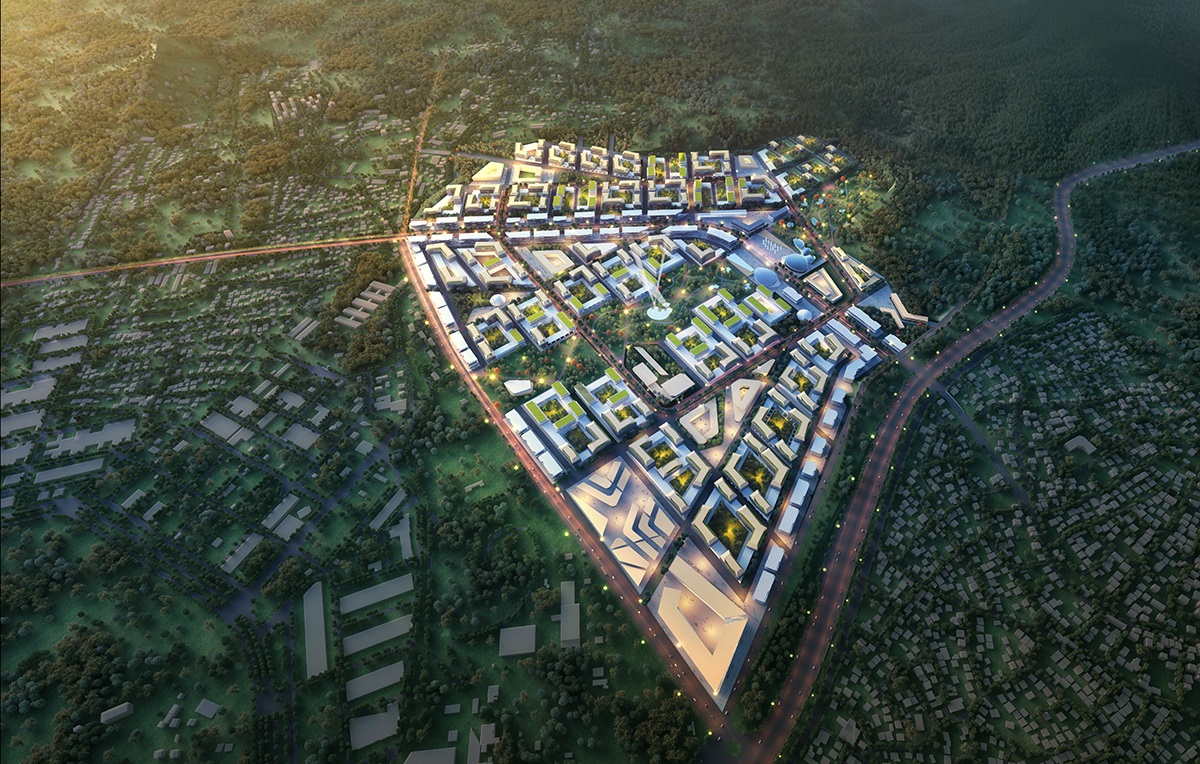 While the project aims to minimize the challenging conditions of the Mediterranean heat by natural ventilation and passive climate systems. It aims to create opportunities for social interactions and comfortable outdoor facilities. 'Antalya Green Hub' proposes self-sufficient sub-communities which will re-cycle used water and produce solar energy by taking advantage of high amount of sunny hours. This unique proposal brings tremendous benefits both for the private actors and the public while presenting a sustainable and healthy environment for the city. 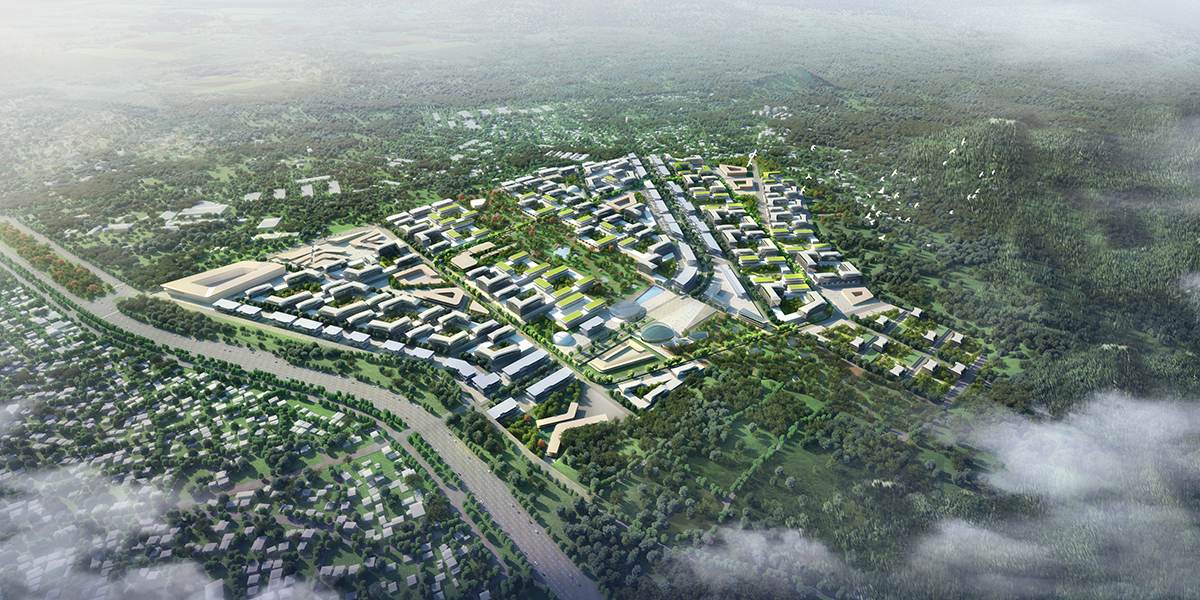 Antalya Green Hub is one of the few chances to create an ecology sensible urban development as opposed to the large scale greedy private investments that consumes the public land and the possibilities for equal and democratic urban spaces. At the moment most of the urban regeneration projects consume the existing green, infrastructure and the land for the public without having a power to provide a better future. 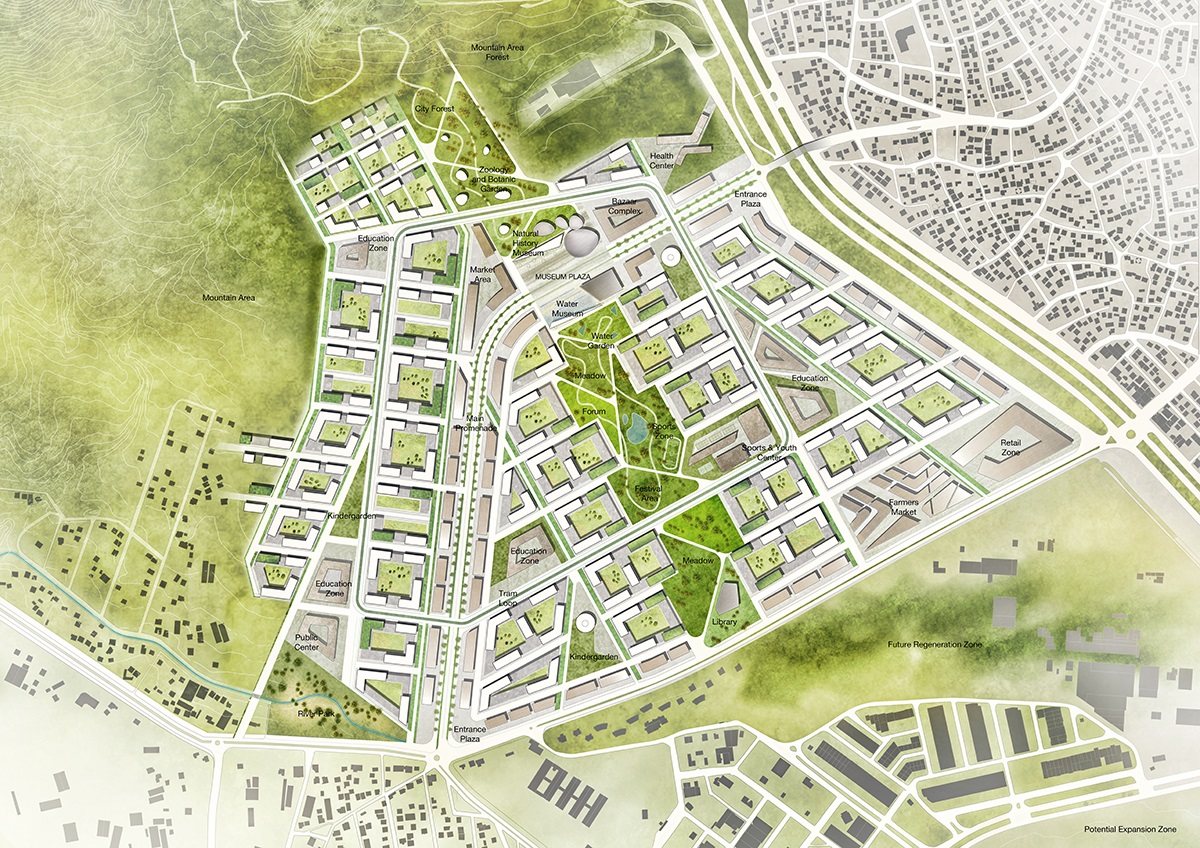 The project envisions having much wider effects on its surroundings. It aims to define future transformation zones of the city by creating a strong reference which encourages new additions for higher quality. Rapid urban transformation projects mostly consume the possibilities for a better environment for all the actors of the city including investors. Green Hub Project intends to transform the city’s development direction through a collaborative process. The project will be officially presented to the public for the first time at MIPIM 2016, the world’s leading real estate fair in Cannes between March 15-18th, 2016. 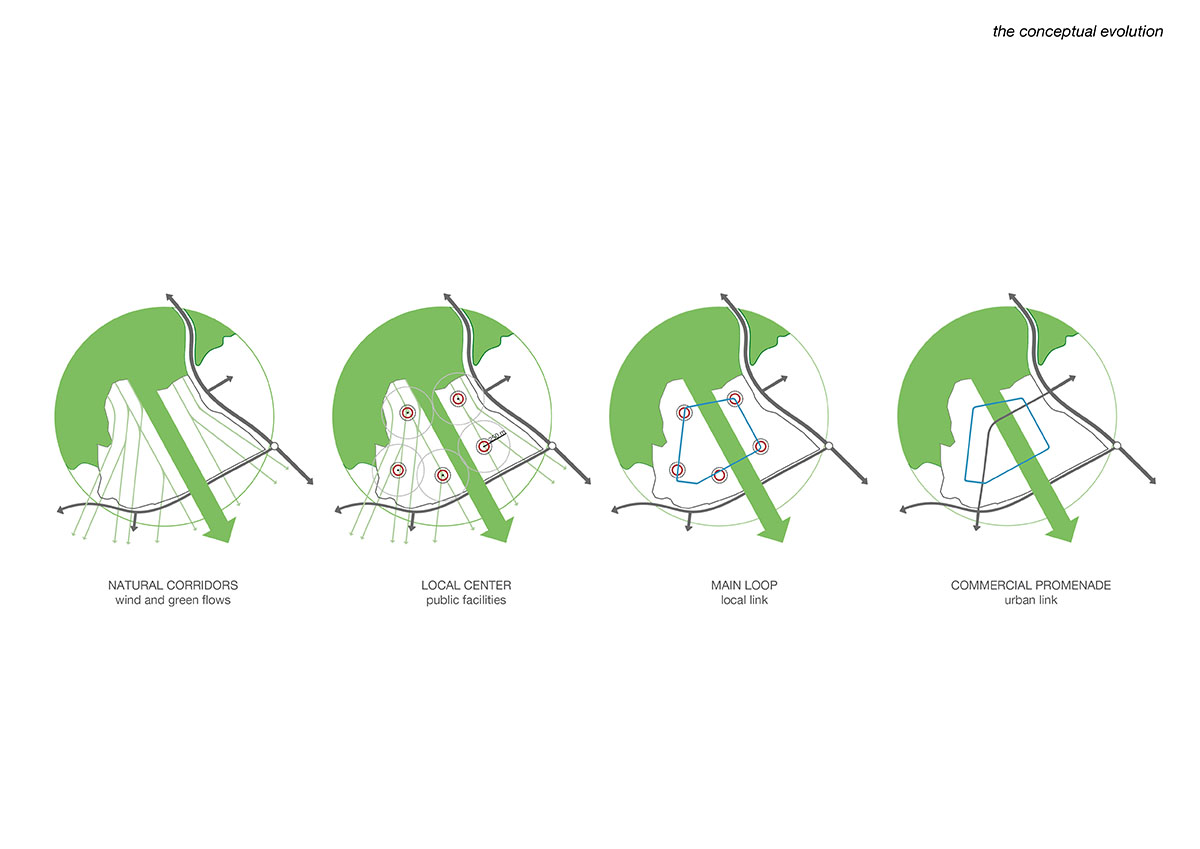 Alper Derinbogaz is one of WA Professional Members and Office Central project has been shortlisted for WA Awards 22nd Cycle, which is now open to the WA Community Members' rates until March 30, 2016. You're invited to rate the project. 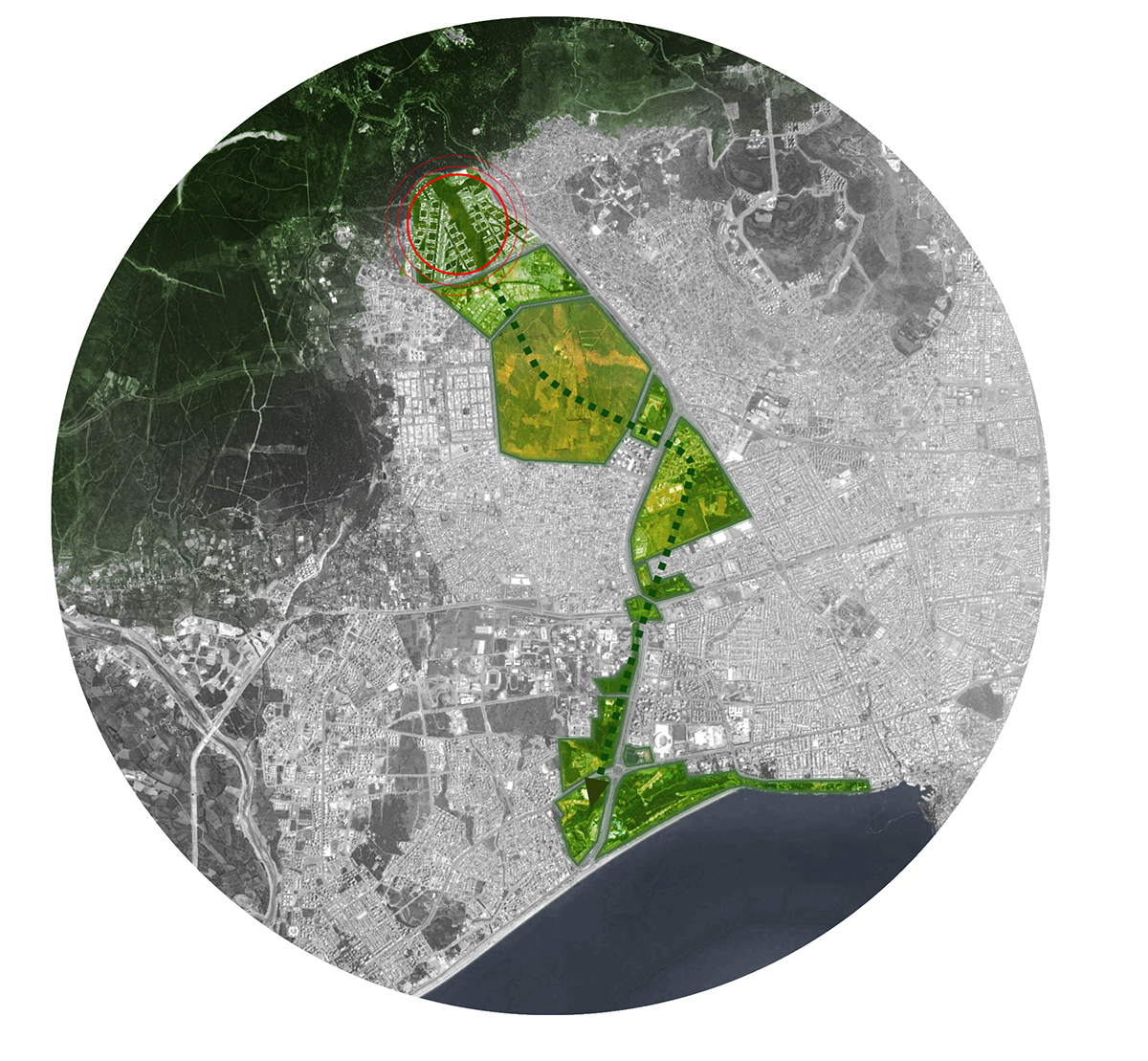 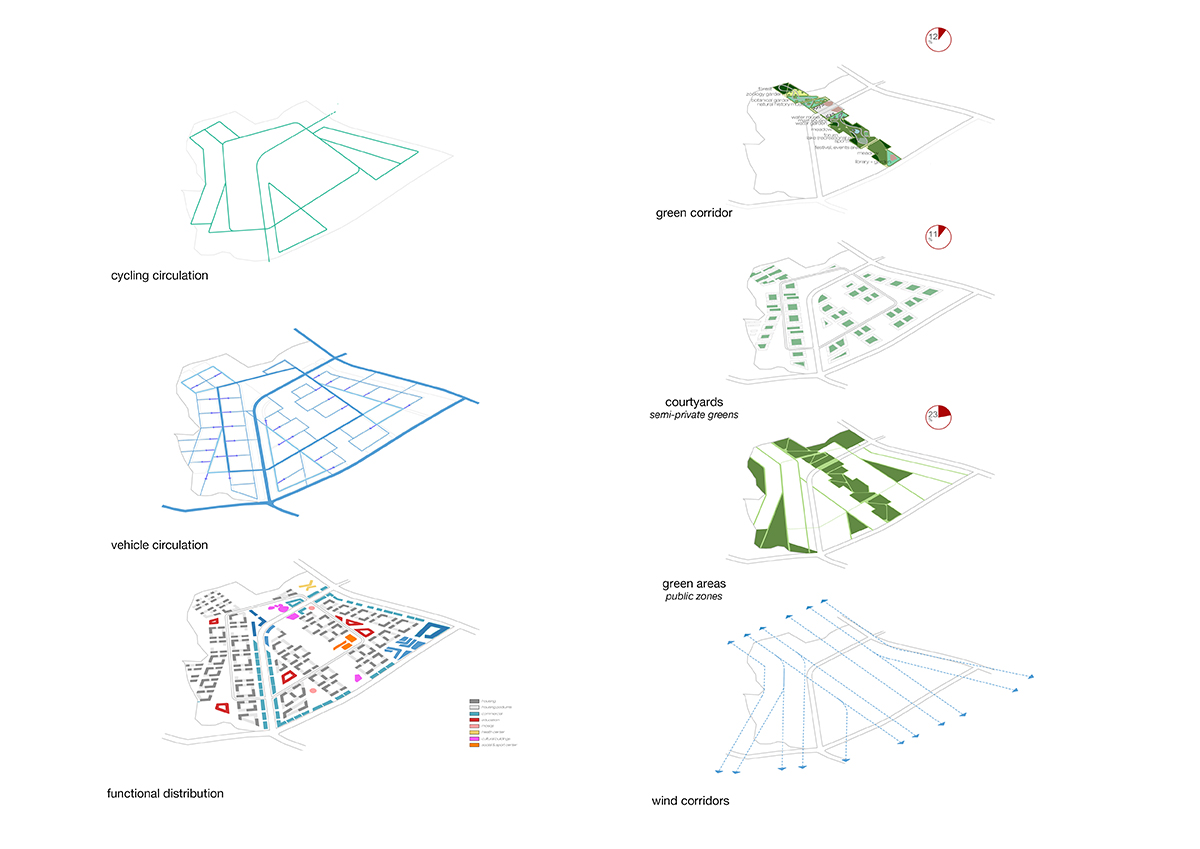 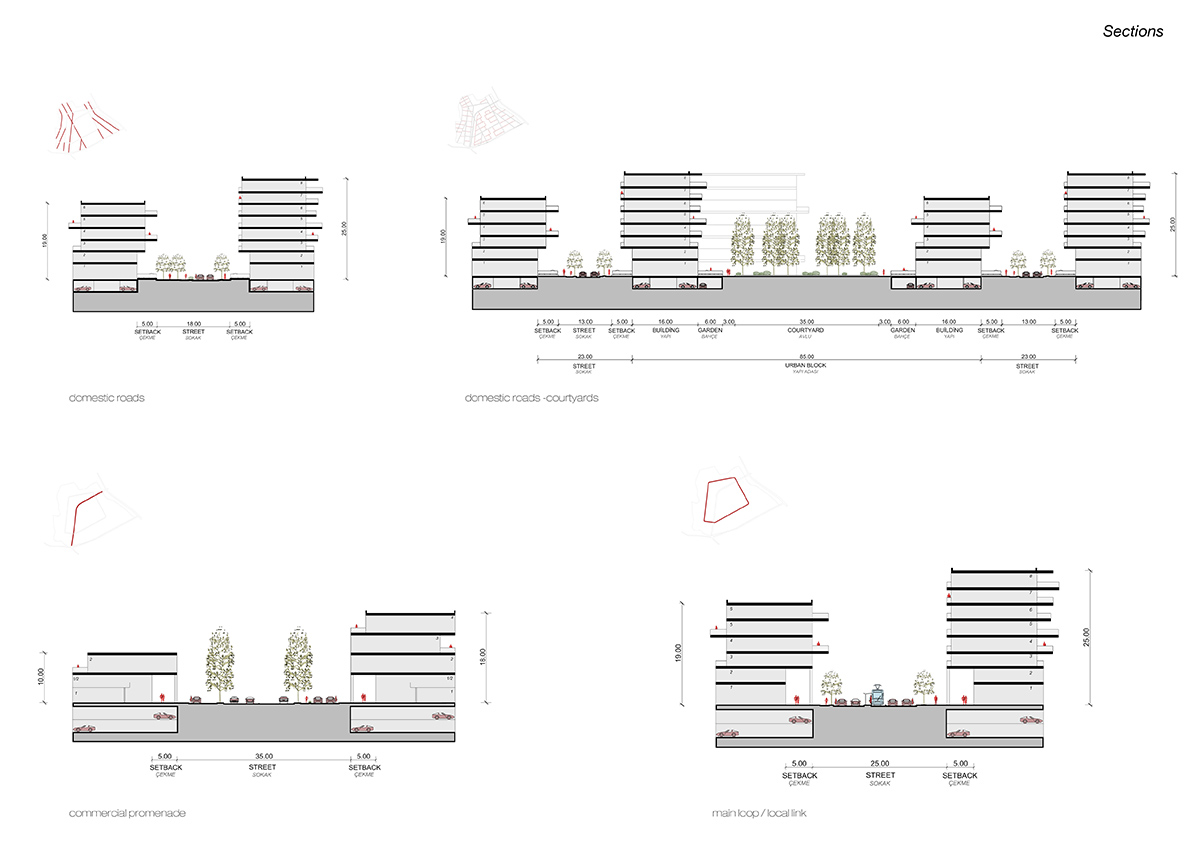 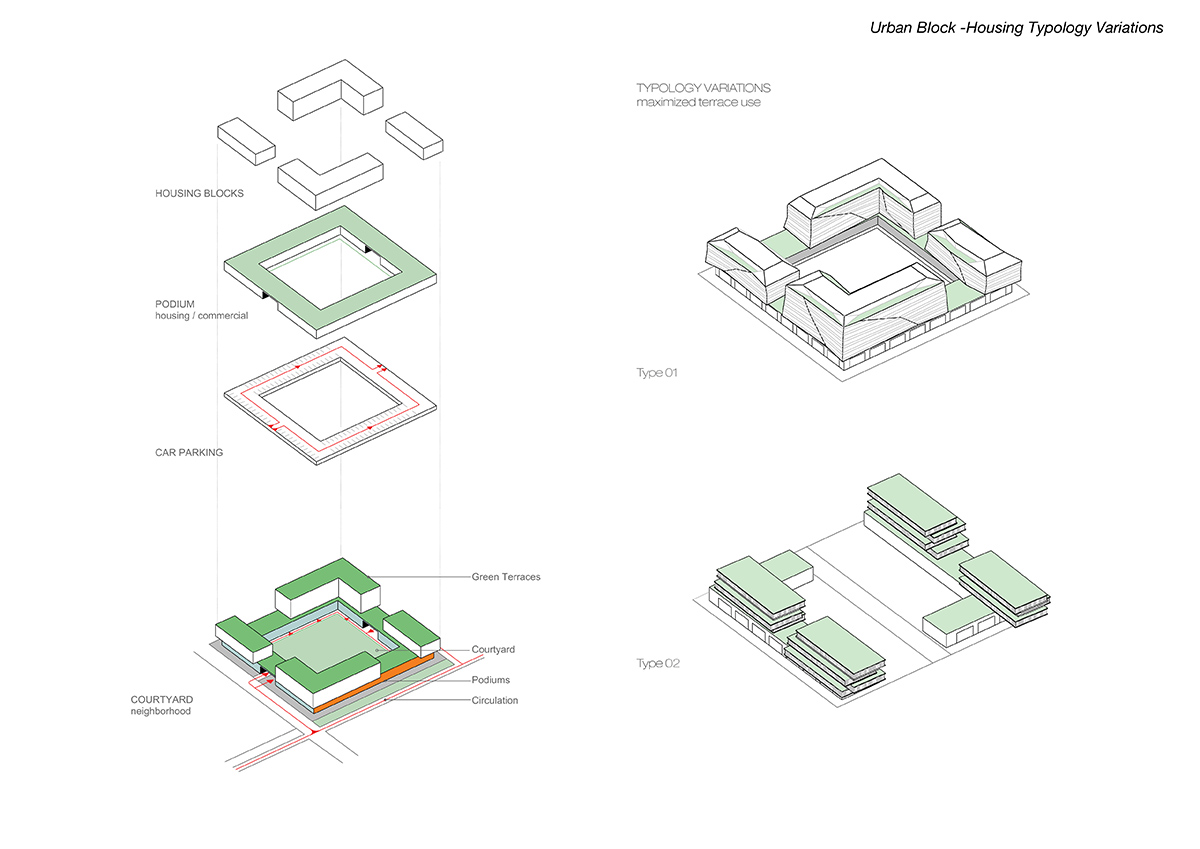 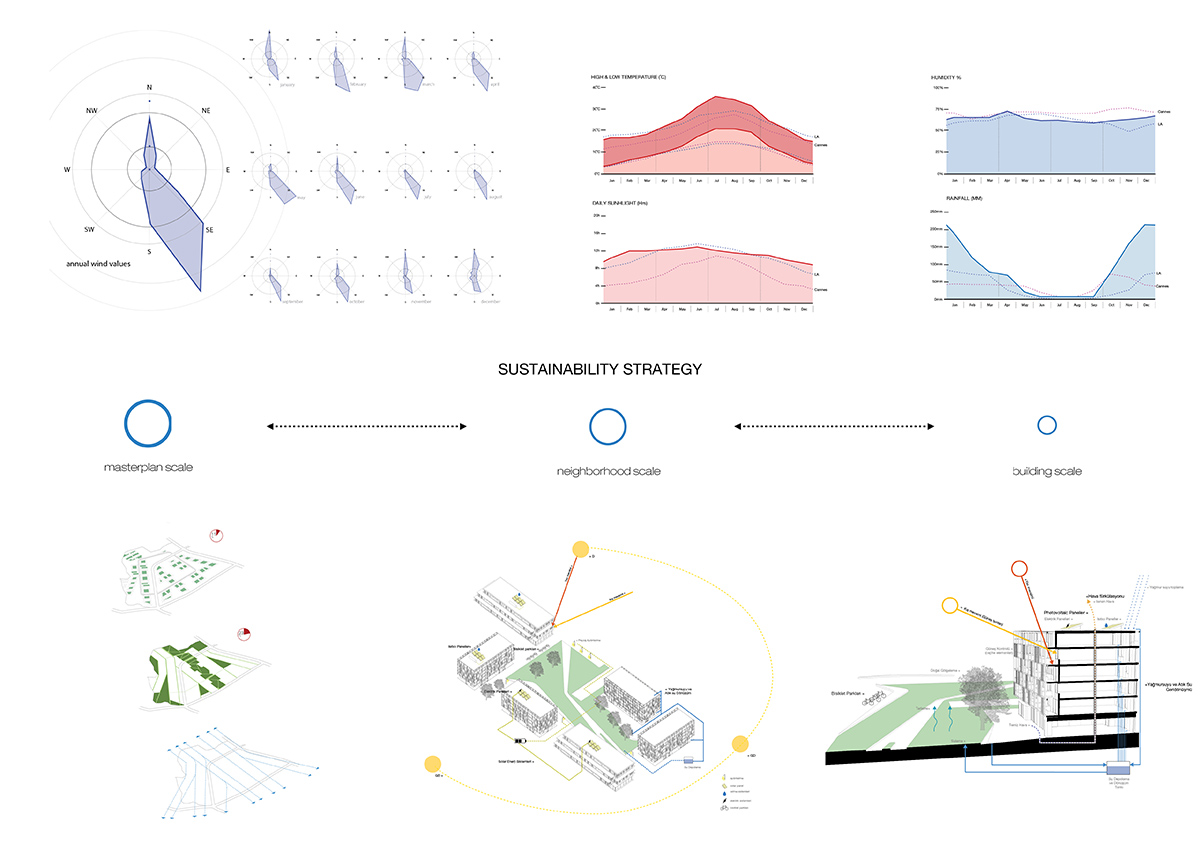 all images courtesy of SALON

Rustic Canyon designed by Walker Workshop features light-filled and creamy interiors in Los Angeles
May 13, 2022 • 1334
World Architecture Festival and World Festival Of Interiors open for entries for Its 2022 edition
May 09, 2022 • 1303
DARP built botanical garden in Colombia with self-supporting glazed volumes
May 19, 2022 • 1109
Kengo Kuma and Associates designs commercial building covered by plants in downtown San Jose
May 09, 2022 • 1106
Morphosis' University of Texas, a new arts campus breaks ground at Dallas
May 12, 2022 • 1087
Atelier ITCH designs white brick house for live and work on a triangular site in South Korea
May 18, 2022 • 939