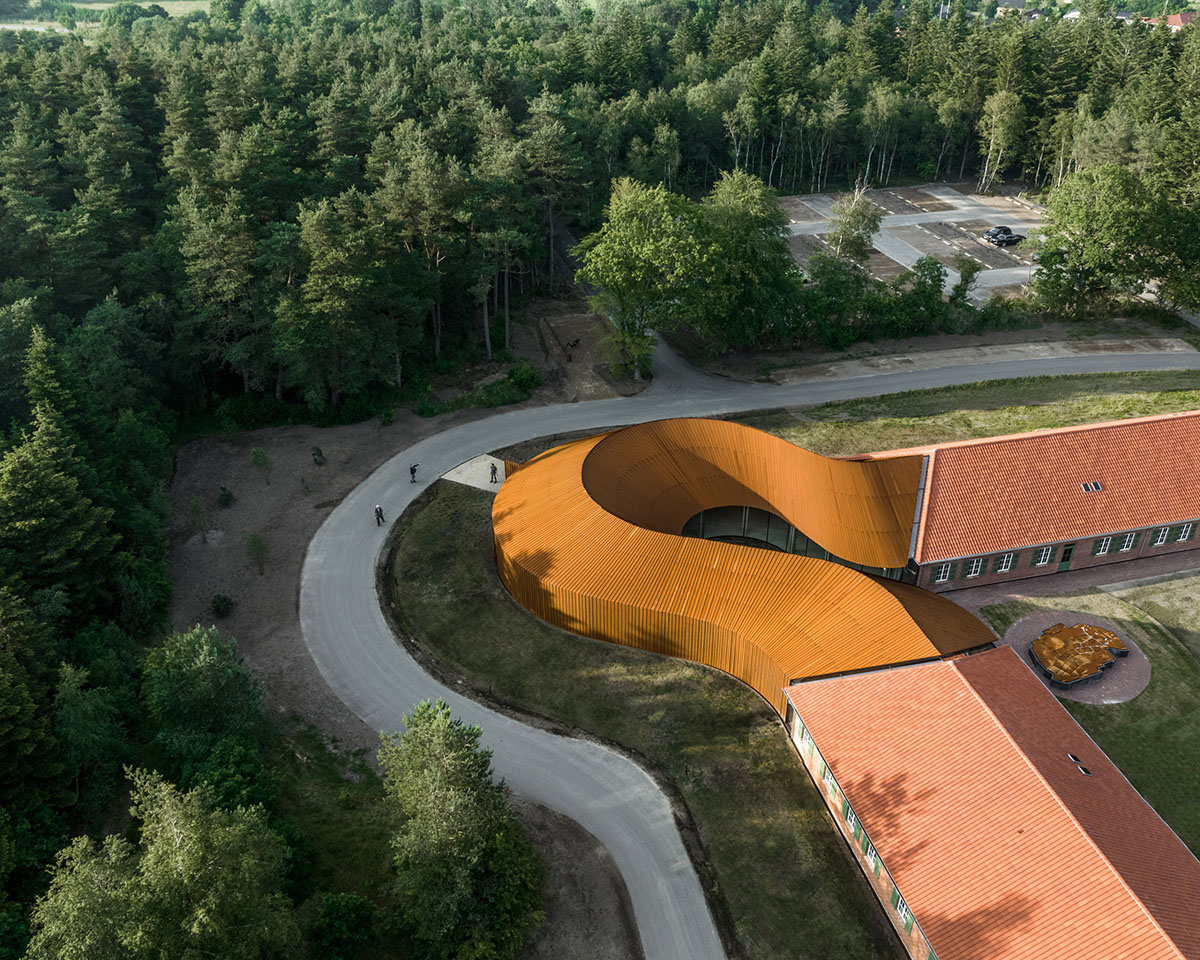 BIG has completed a new refugee museum with soft corten steel volume in Denmark, the museum tells the stories of past and present refugees with the exhibition design by Utrecht-based firm Tinker Imagineers.

Named FLUGT, the 1,600-square-metre museum is located at the site of Denmark’s largest Refugee camp from World War II in Oksbøl.

FLUGT gives a voice and a face to refugees worldwide and captures the universal challenges, emotions, spirit and stories shared by displaced humans.

BIG's new refugee museum is located on the west coast of Denmark in the same area where the Tirpitz Museum, designed by the same studio, is located. 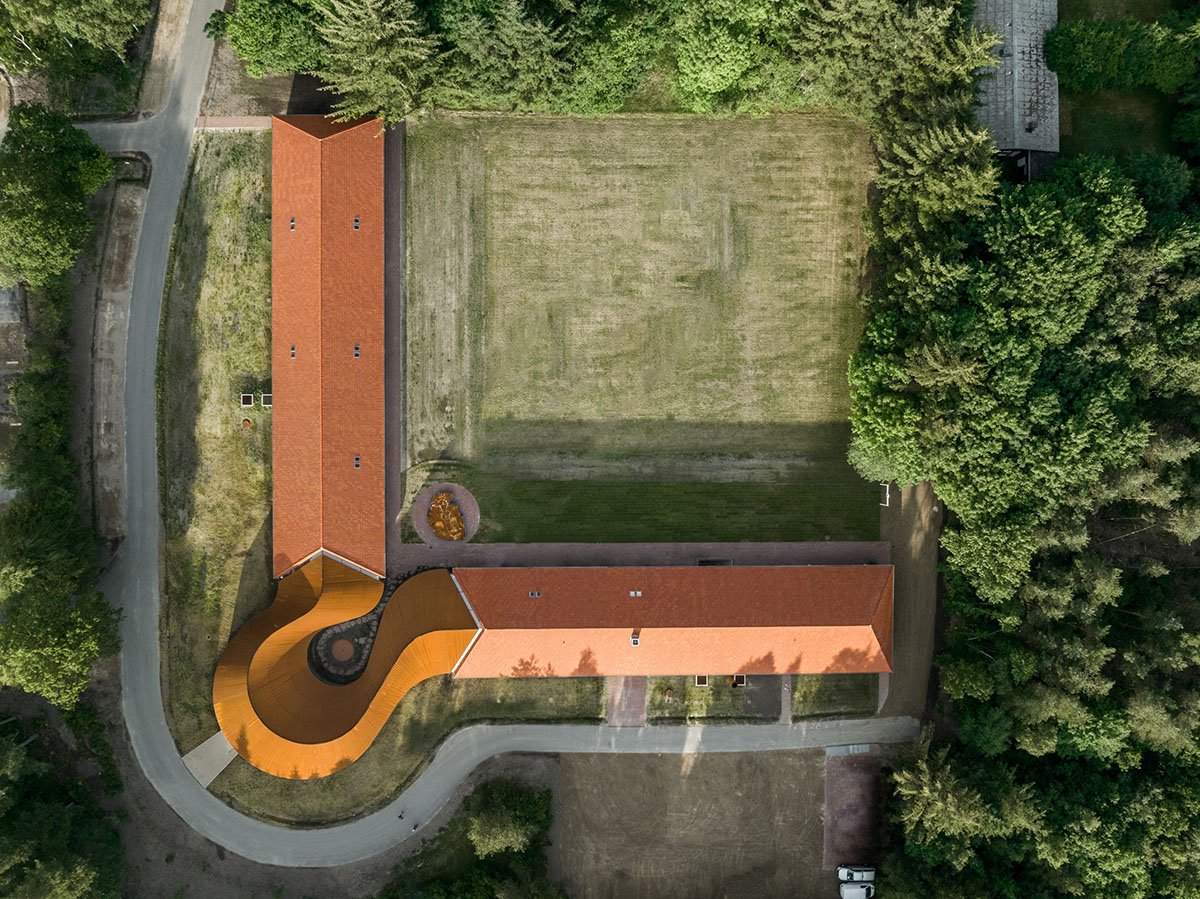 Designed for Vardemuseerne, a local institution dedicated to archaeology, dissemination, and collection of historical knowledge about the region, FLUGT is BIG’s second museum for Vardemuseerne, which was officially inaugurated in the presence of Queen Margrethe II in June.

BIG worked in close collaboration with engineers, Ingeniør’ne and exhibition designers Tinker Imagineers. As stated by BIG, at its peak, the camp became the fifth-largest city of Denmark at the time. 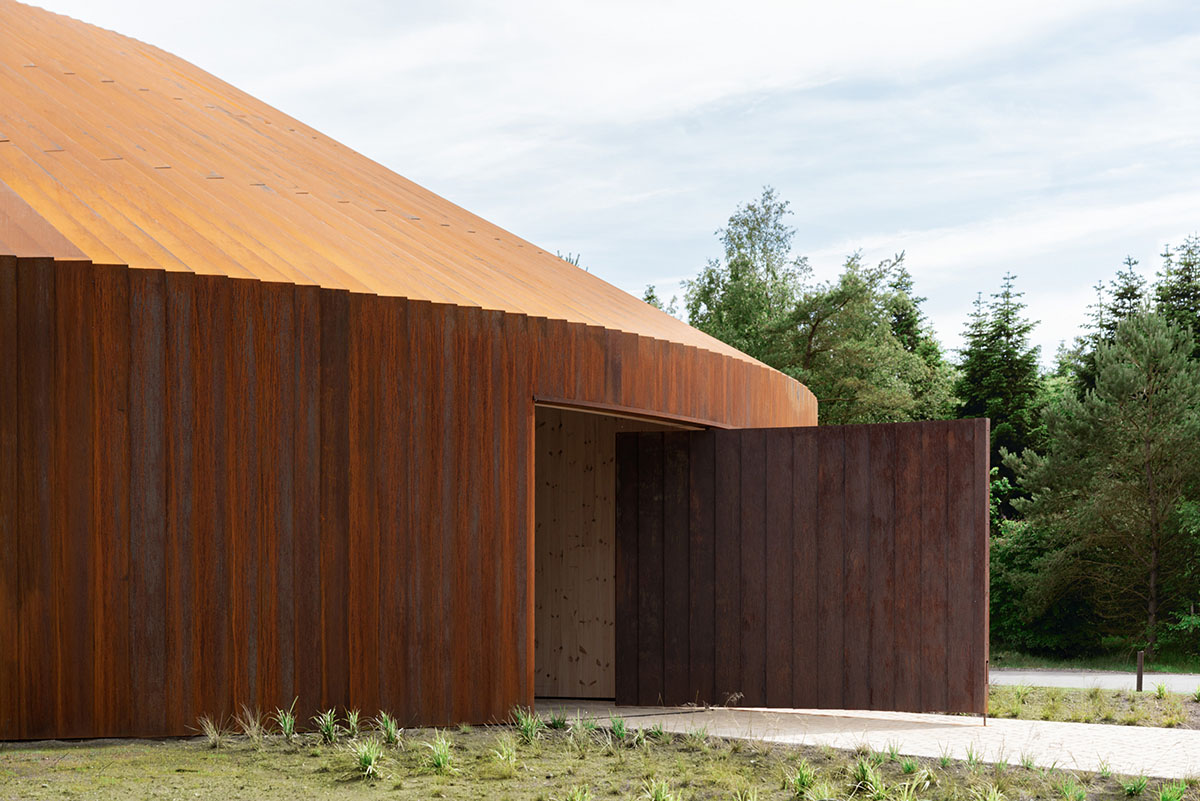 The studio has adapted and extended one of the camp’s few remaining structures, such as a hospital building, into a new museum.

"The Refugee Museum of Denmark explores an important part of our history and a theme that is more relevant than ever, with millions of refugees currently  displaced from their homes," said Founding Partner, Bjarke Ingels, BIG.

"We have designed an architectural framework that connects the past with the present - with a new building directly shaped by its relationship to the historic hospital buildings of the WWII refugee camp." 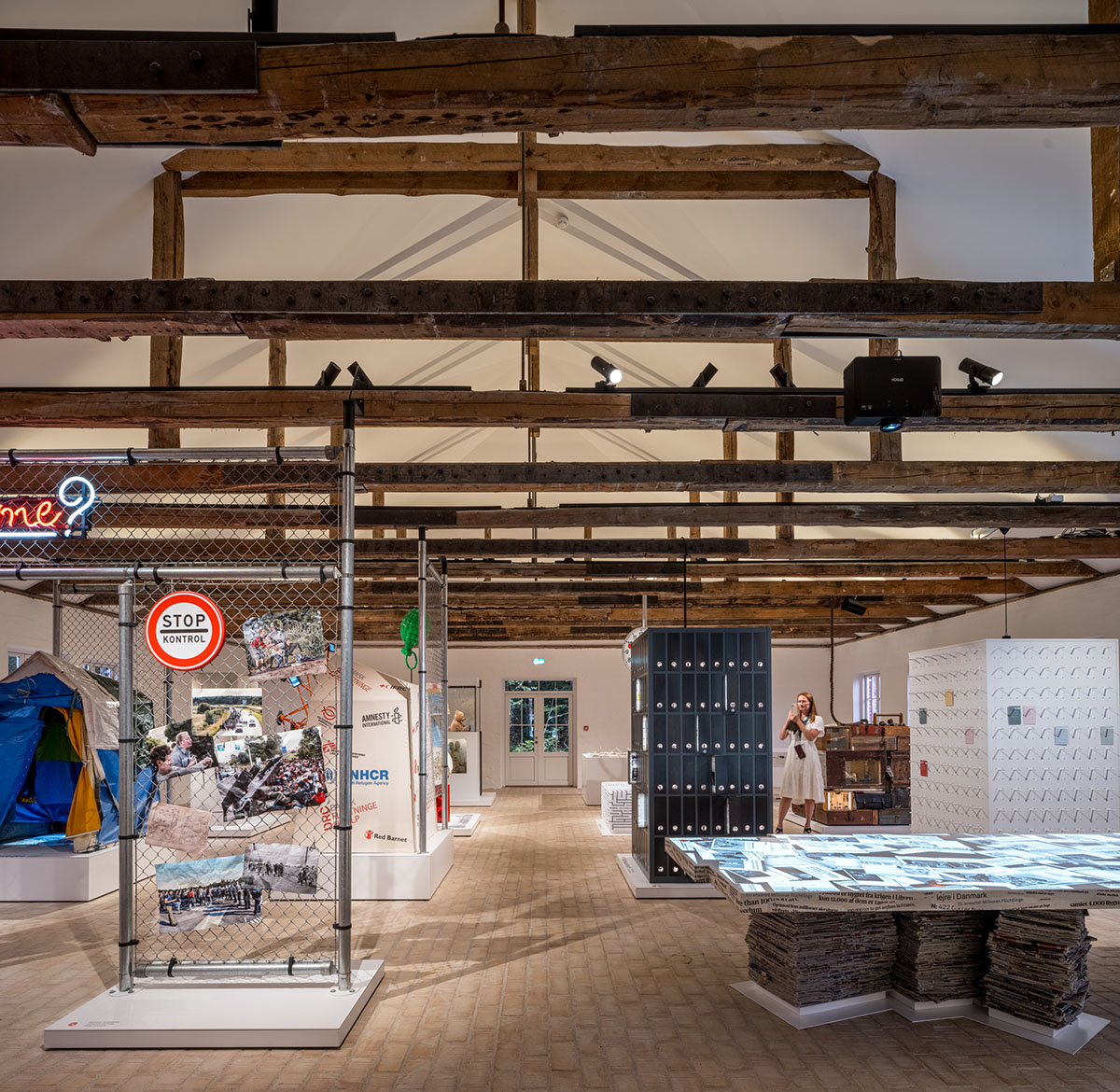 "We went into this project with all our heart to address one of the world’s greatest challenges – how we welcome and care for our fellow world citizens when they are forced to flee," Ingels continued.

"The project is a continuation of our collaboration on Tirpitz museum with Vardemuseerne and Claus Kjeld Jensen whose uncompromised design vision once again inspired our design for FLUGT," Ingels added. 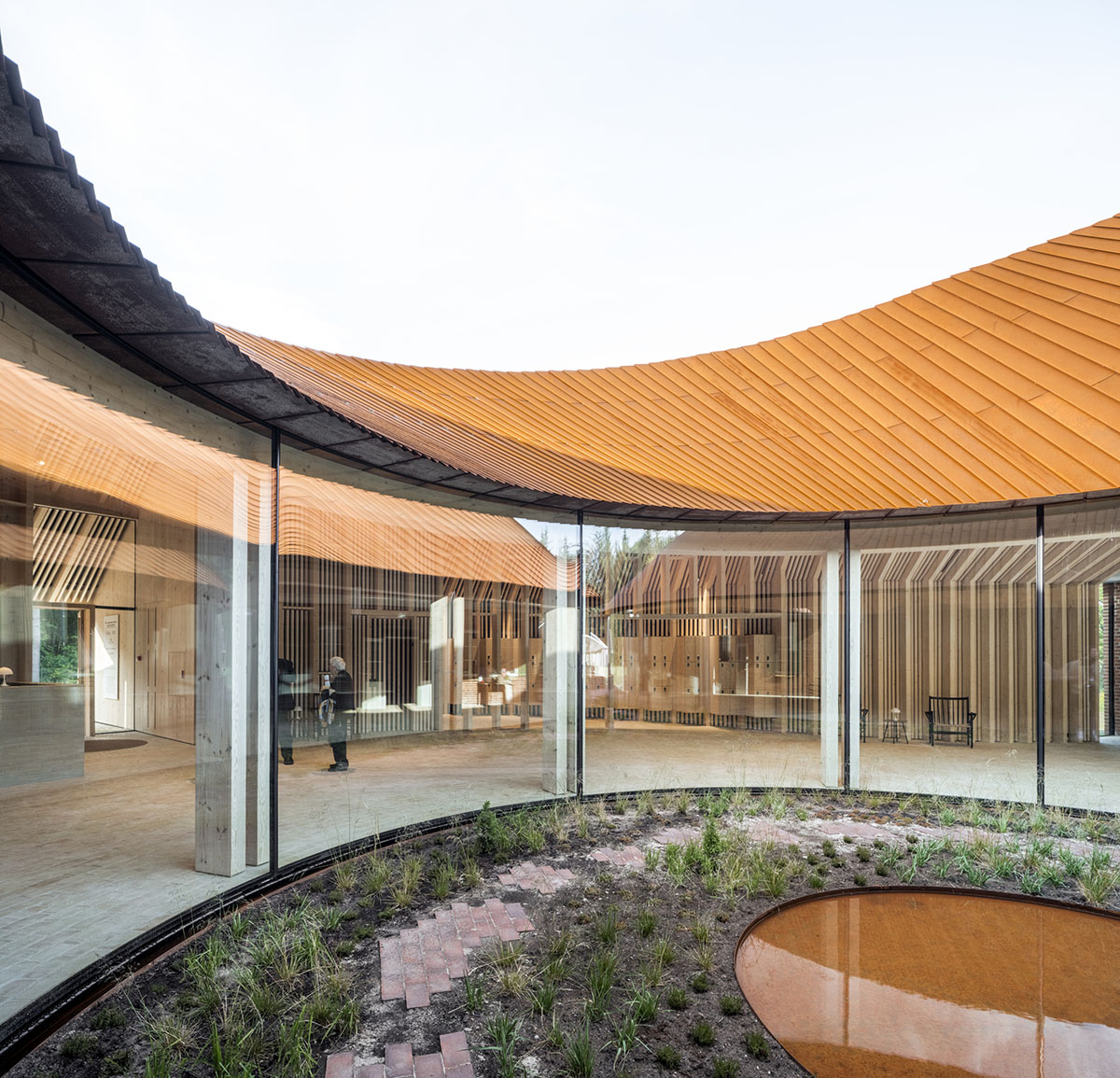 BIG stated that "Today, little of the camp in Oksbøl remains, but the story of arriving at the doorstep of a new country is as relevant as ever."

The studio transformed the former hospital into FLUGT, is comprised of two long buildings. Respecting the past history and materiality of these buildings, BIG has connected the two buildings architecturally and historically by adding a soft curve-shaped volume.

The new volume adds a 500-square-metre additional space to the museum and creates a welcoming structure, visible from afar. 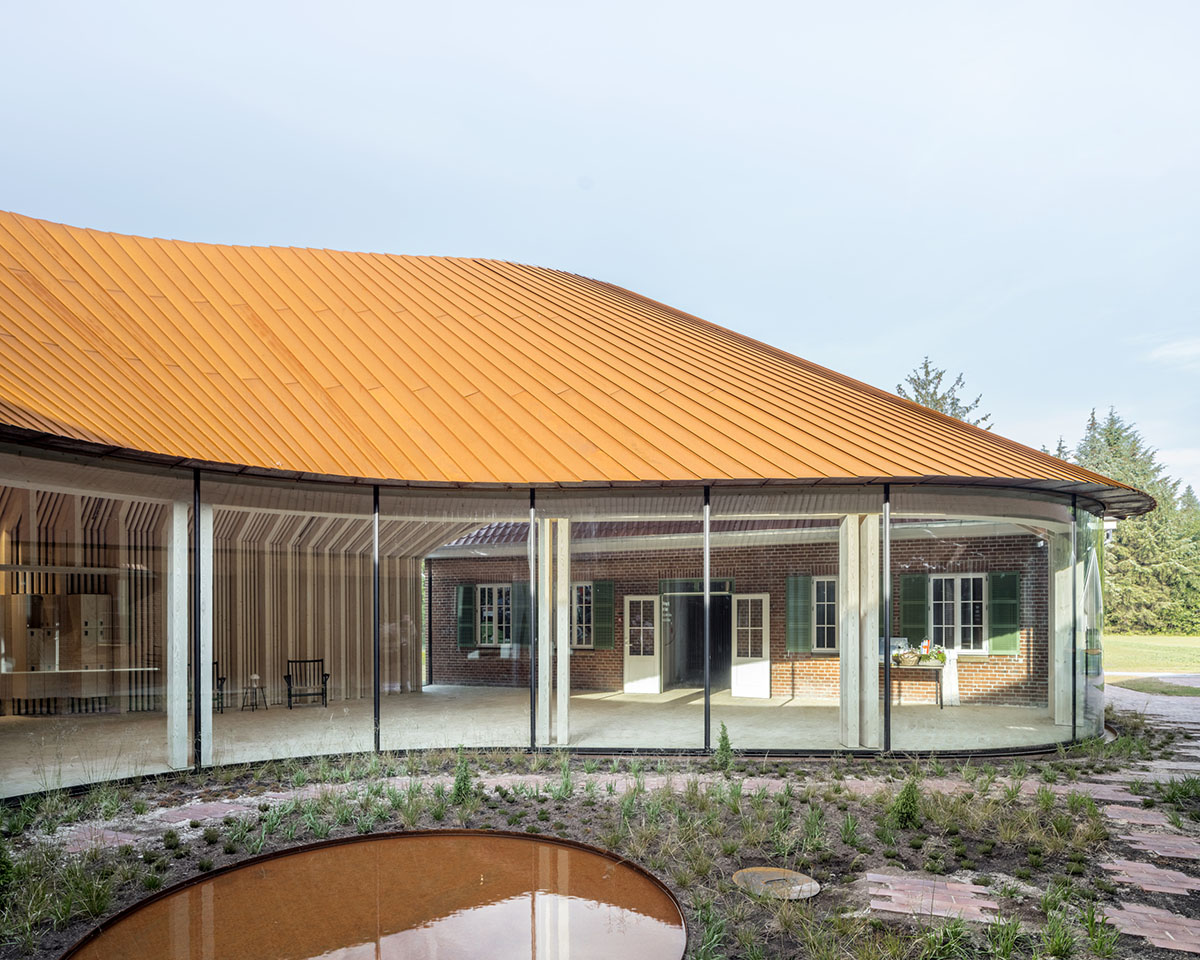 "FLUGT - Refugee Museum of Denmark will share and uncover the stories of the largest refugee camp in Denmark as well as the story of the lived refugee experience of our time," said Claus Kjeld Jensen, Museum Director.

"FLUGT seeks to give a voice and a face to humans who have been forced to flee their homes and capture the universal challenges, emotions and nuances shared by refugees then and today," Jensen added.

The soft and curve shape of the new volume is gently pulled towards the street aiming to create an inviting arrival moment for the museum visitors. 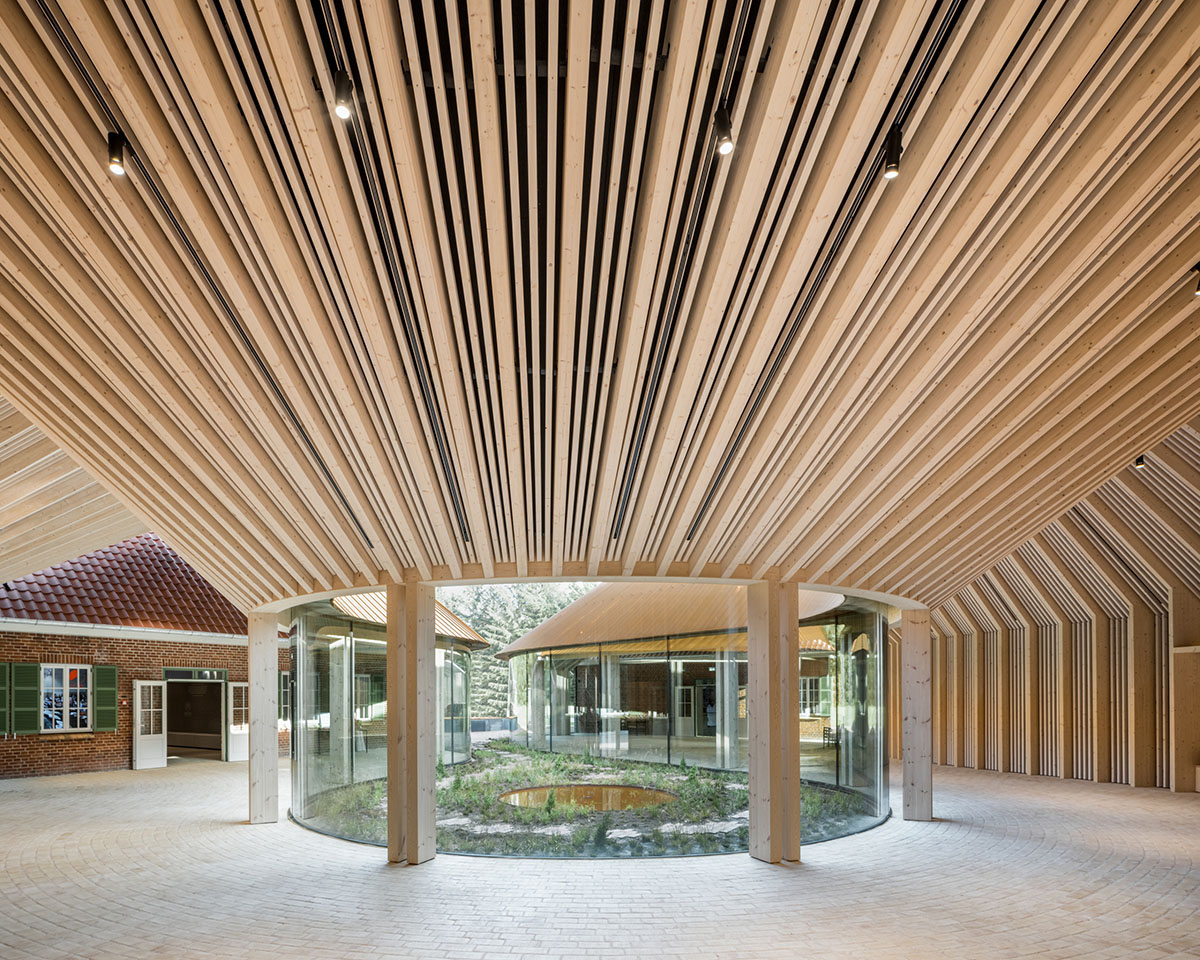 The volume is clad in corten steel as the architectural language of the structure complements the existing red bricks of the former hospital buildings.

From outside, the abstract volume welcomes visitors into what appears to be a closed entry hall. Upon entering, a floor-to-ceiling curved glass wall reveals a view of a sheltered green courtyard and the forest, where the refugee camp used to be. 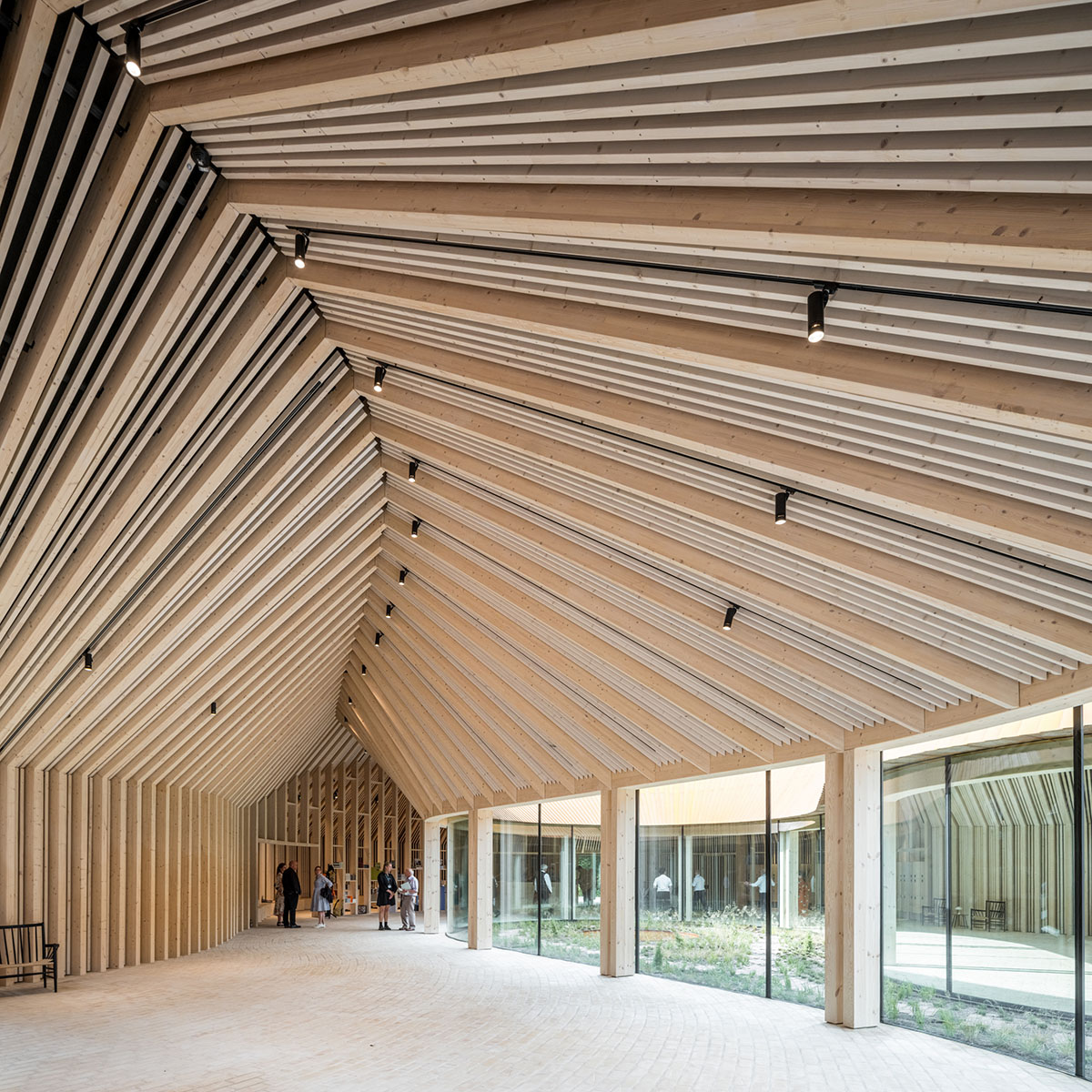 At the center, there is a large courtyard that allows daylight enter into the entry hall, while the entry hall functions as a lobby or a temporary exhibition space for guests to experience before continuing their journey into one of the museum wings.

The original circulation of the hospital is maintained, while the exhibition area in the north wing contains gallery spaces.

While most of the hospital room walls were torn down, some of the inside walls are kept intact and stabilized by three cross sections, creating larger exhibition spaces. 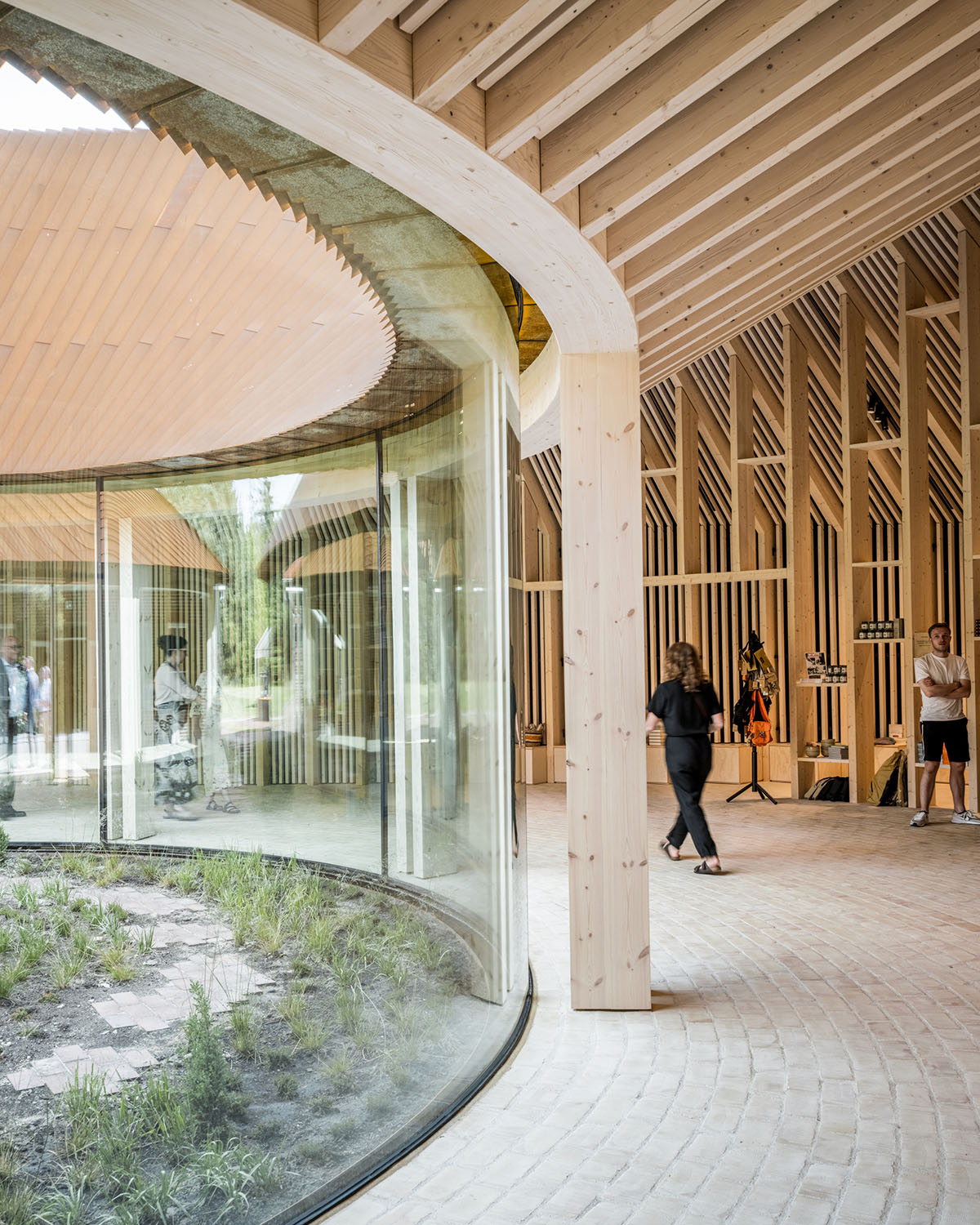 A flexible conference room, smaller exhibition spaces, cafe, and back of house functions are placed on the south wing and present the same character and materiality as in the north wing: white walls and intersections covered in white painted wood boards oriented according to the angle ceiling line, as well as yellow bricks across the entire museum floor, connecting past and present structures.

Based on BIG's mission of reducing waste, as well as conserving resources and creating a smaller carbon footprint, the studio followed the same principles and reused the hospital buildings respecting to their historical value and extended the lifespan of the existing structures. 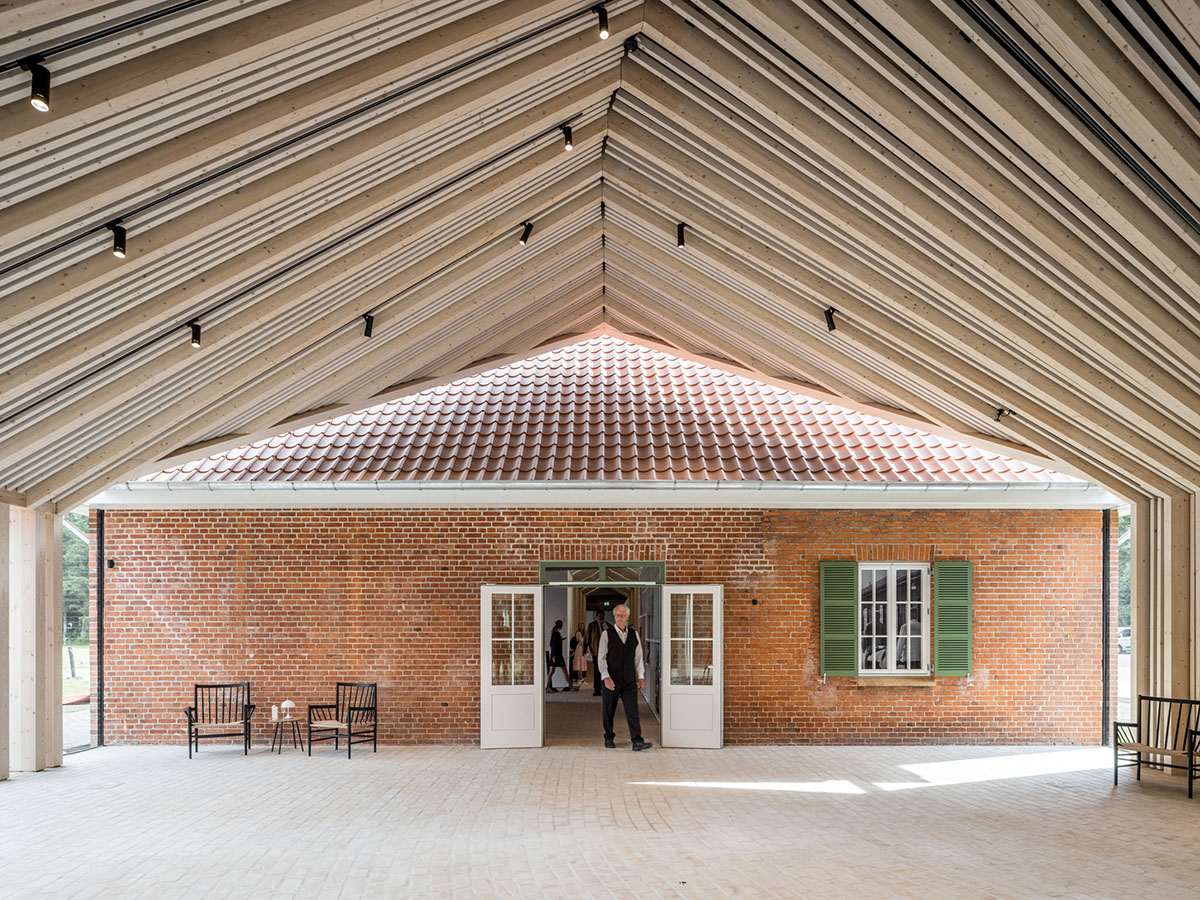 "From the very beginning of the design process, it was vital for us and our client Vardemuseerne to preserve the two hospital buildings," said Project Leader, Frederik Lyng, BIG.

"The buildings are some of the last remaining physical manifestations of the former refugee camp, and not only is their preservation invaluable for future generations to understand the past and the present, the buildings also directly informed our design of the extension by means of their unique elongated form, structure and materiality."

"FLUGT is a great example of how adaptive reuse can result in sustainable, functional buildings that preserve our shared history while standing out architecturally," Lyng added. 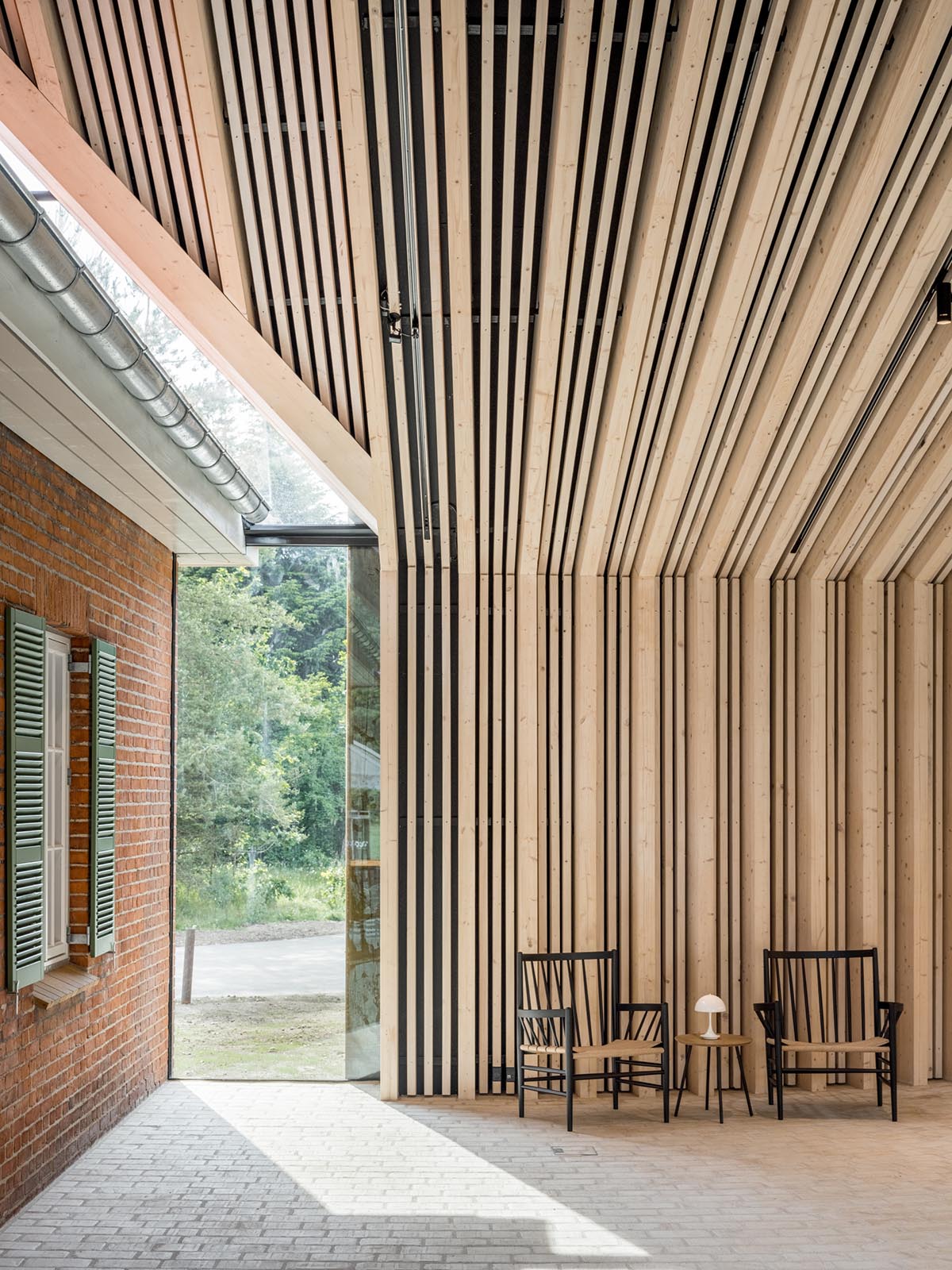 At the heart of the volume, a large courtyard, designed by BIG Landscape, presents a peaceful sensory experience inside the museum as well as outside. The courtyard also features a small mirror pool that reflects the sky above it. Around the basin, heath planting known from the region emphasizes the identity of the area. Visitors leave the museum having experienced a part of an important place in Danish history, with a new perspective on the refugee experience. 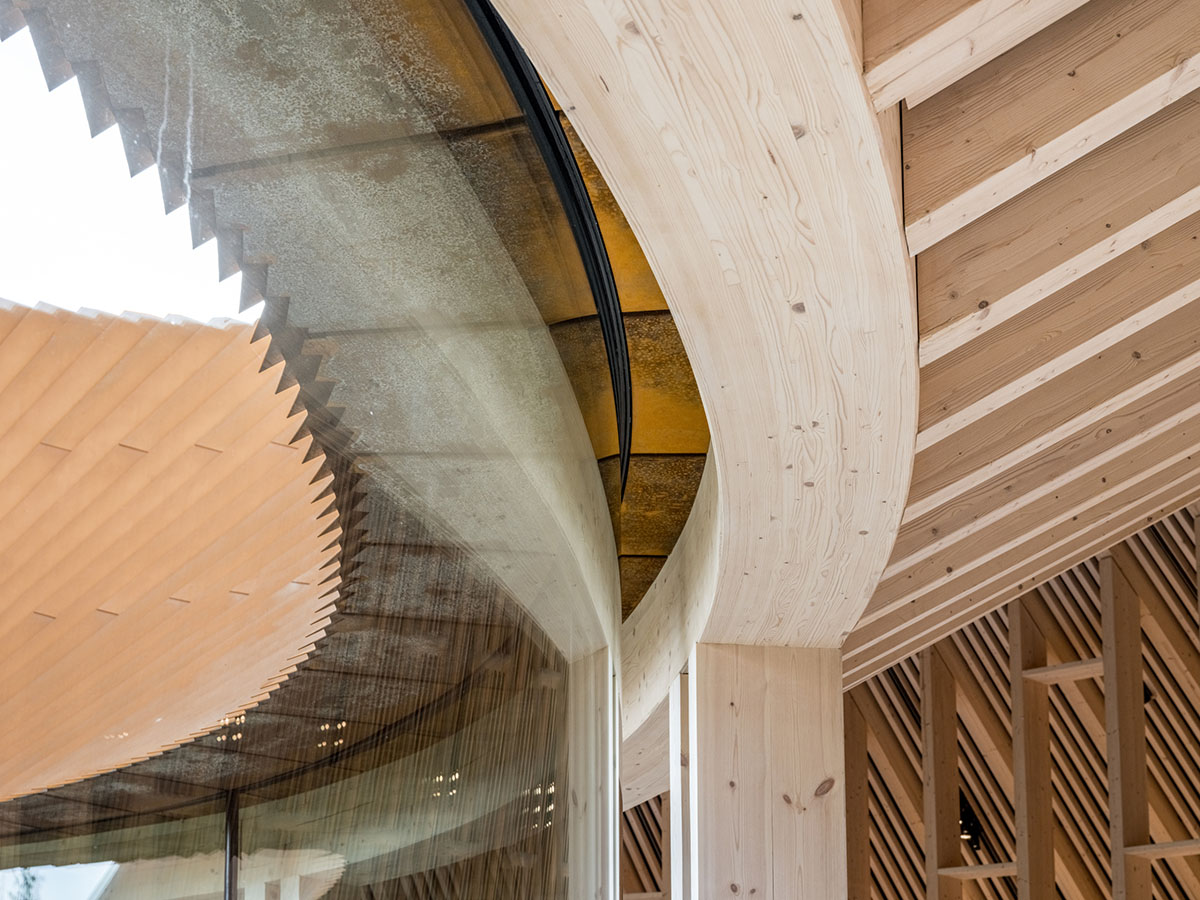 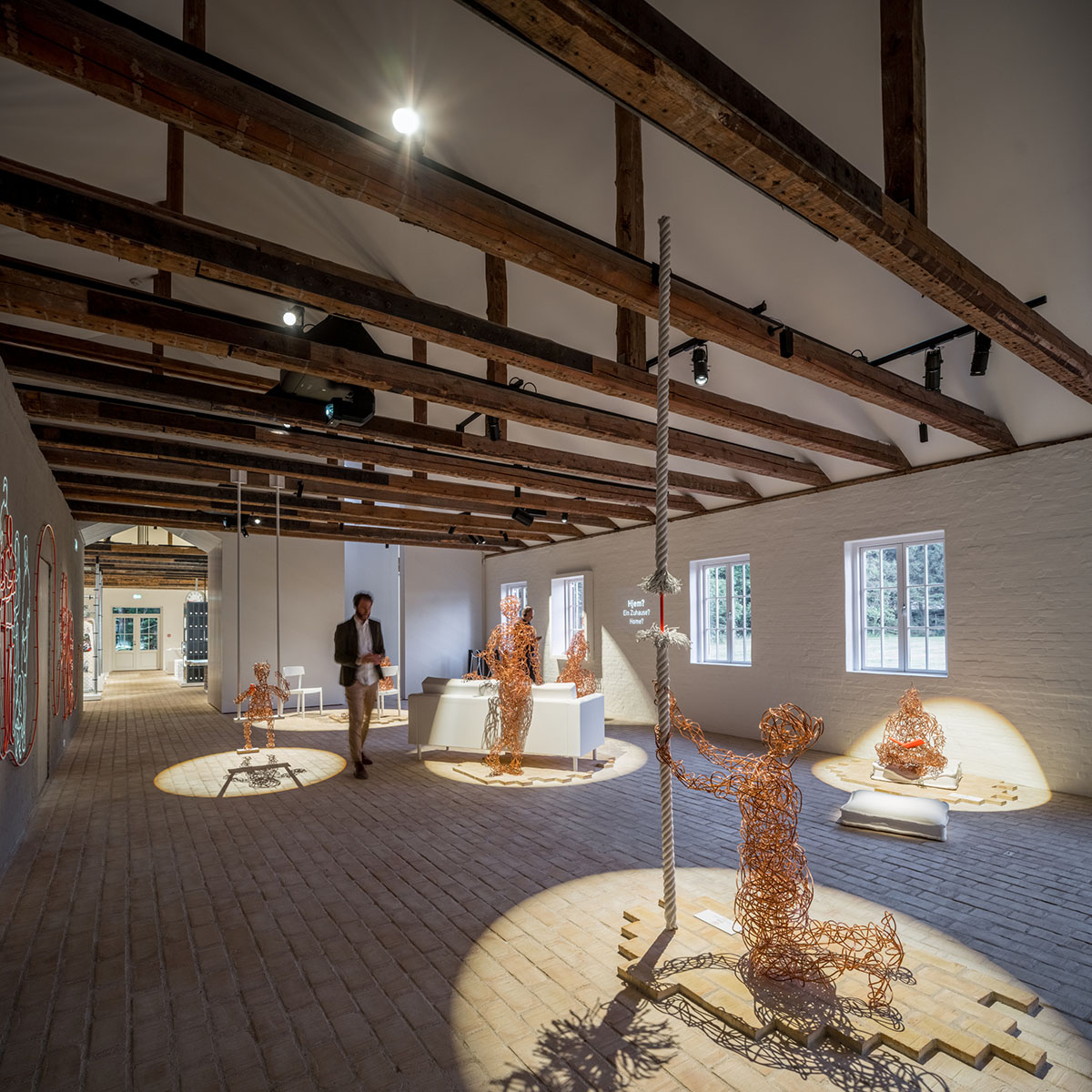 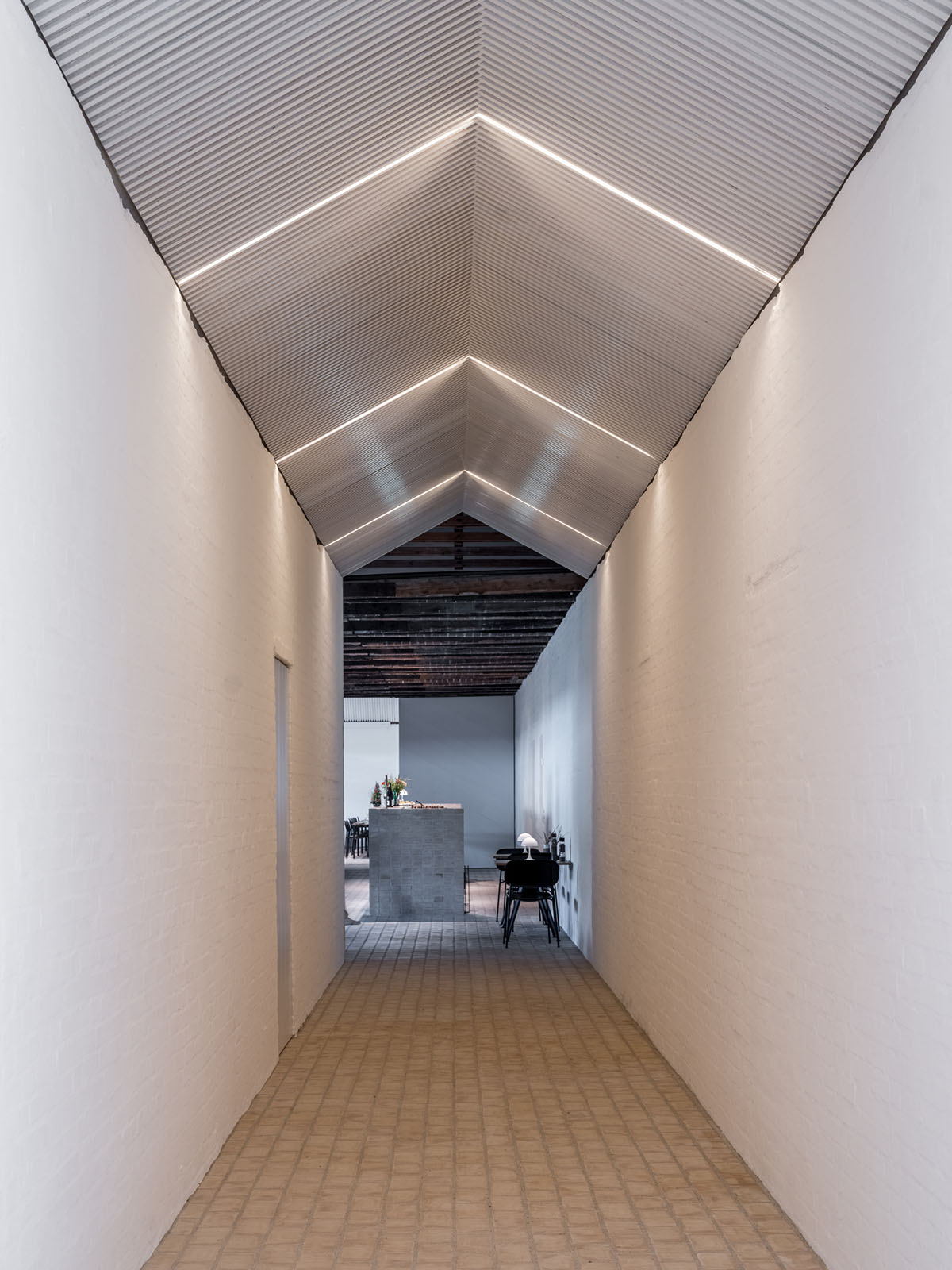 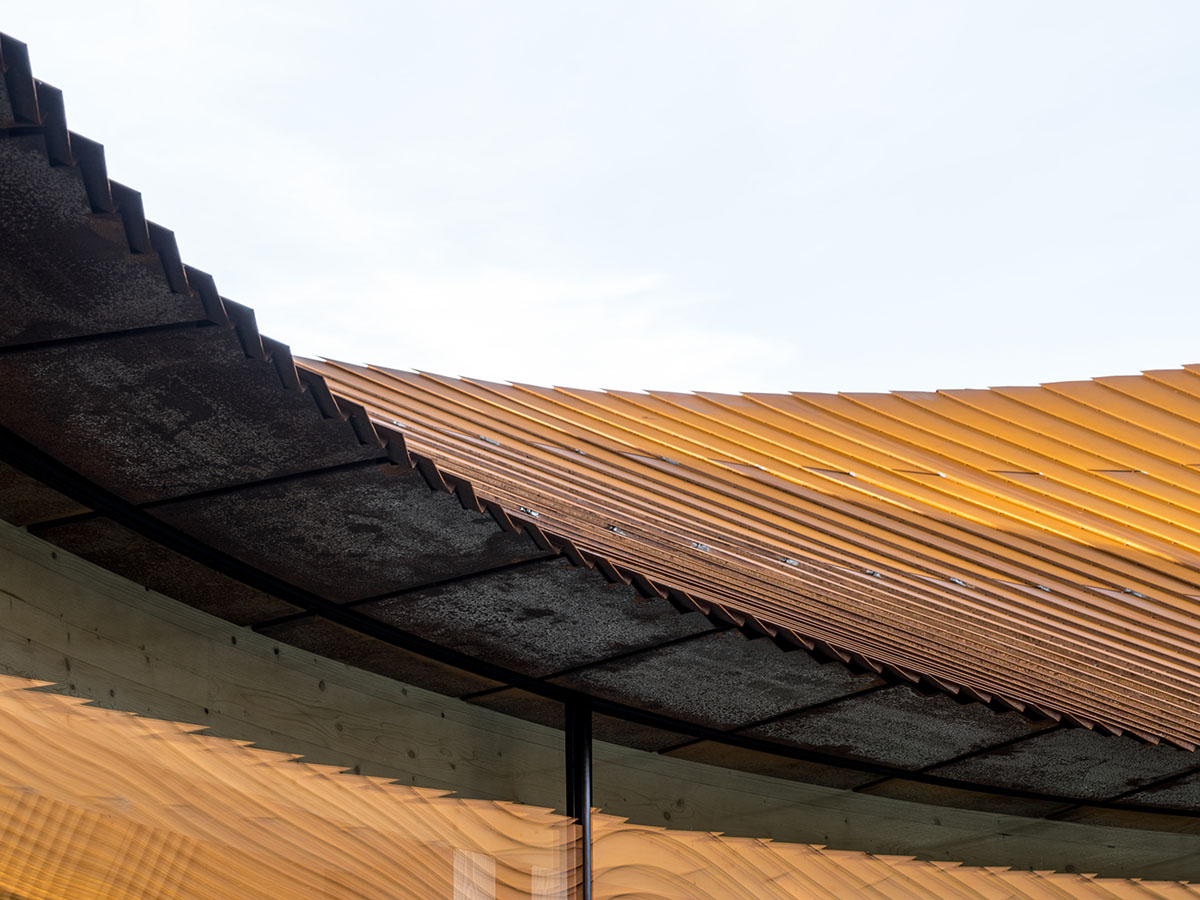 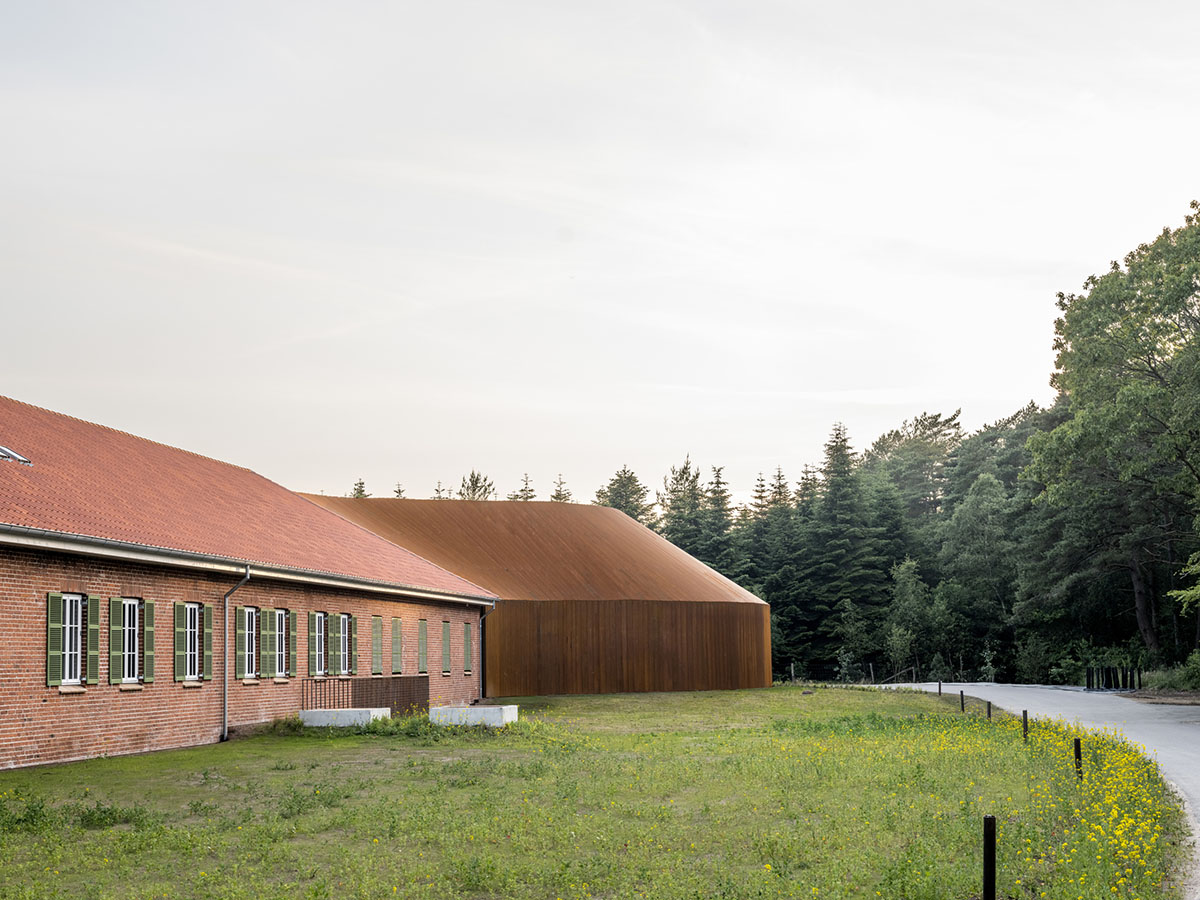 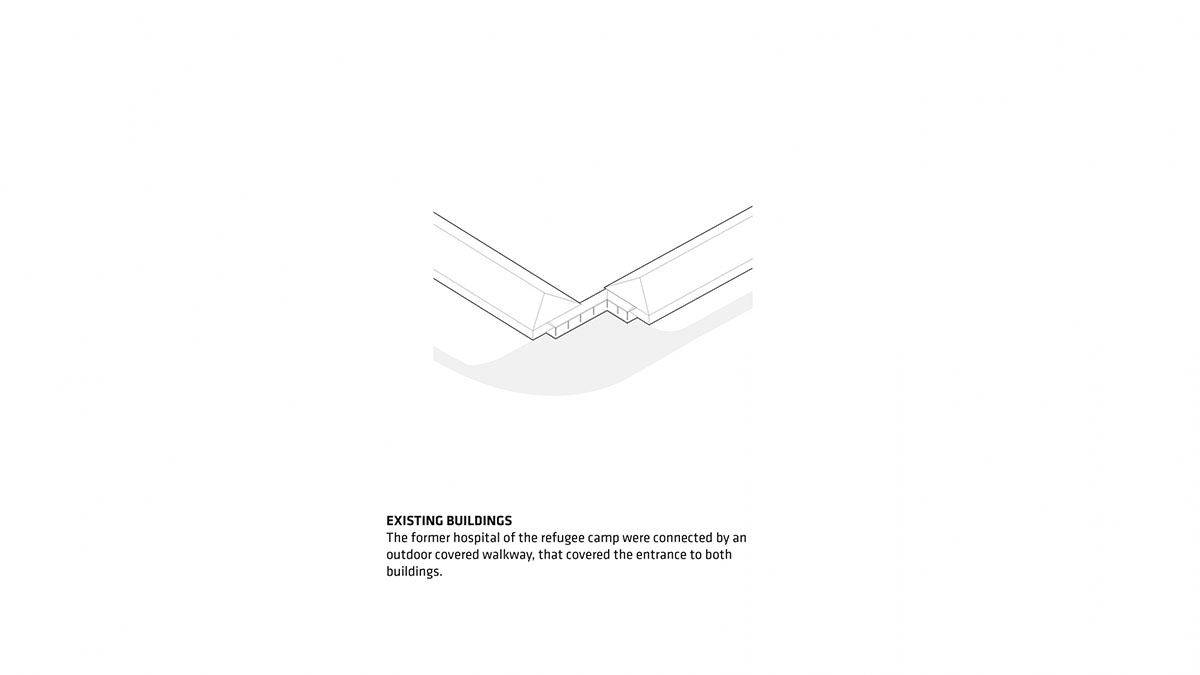 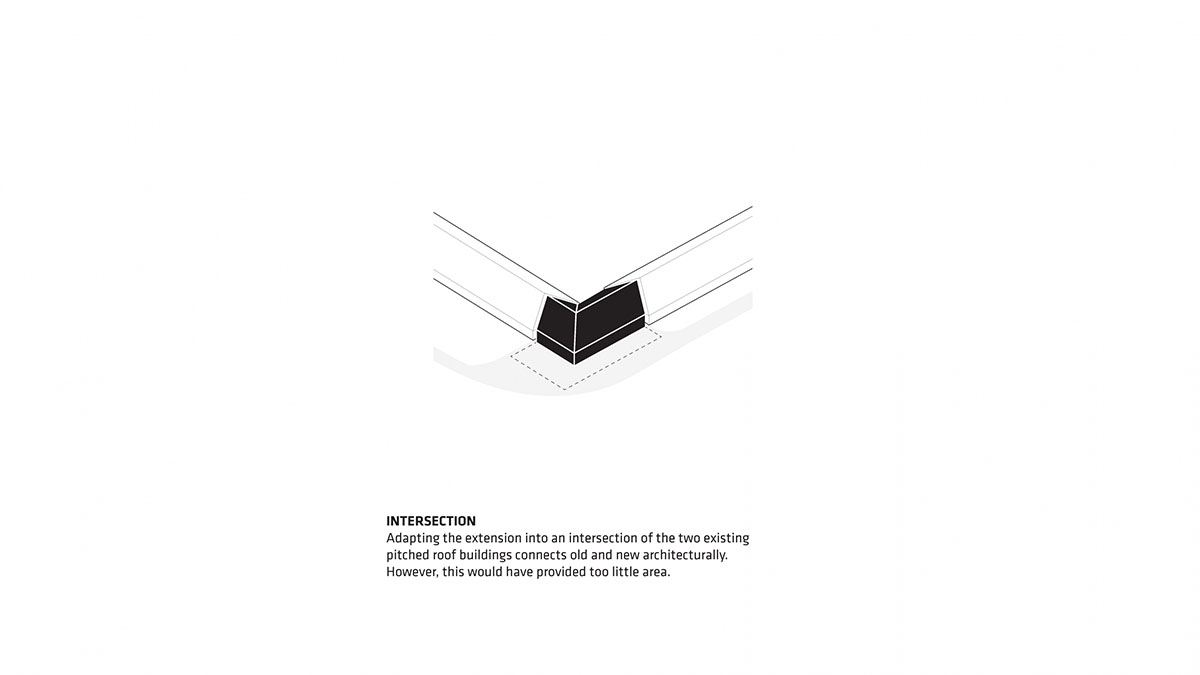 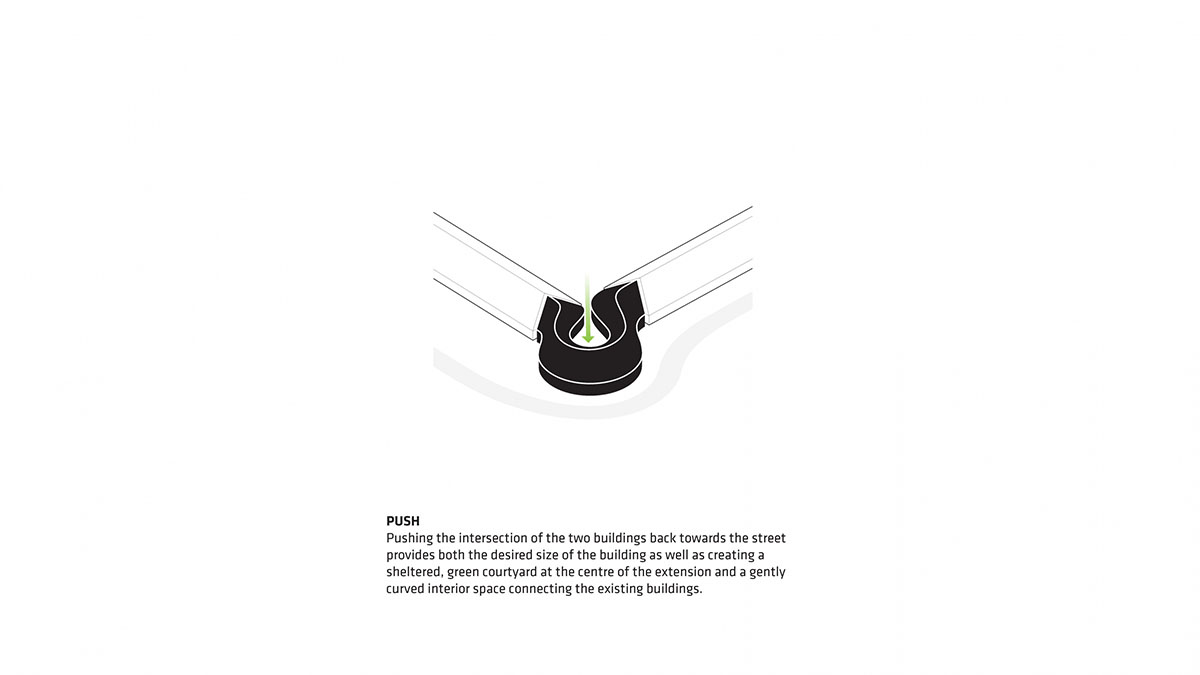 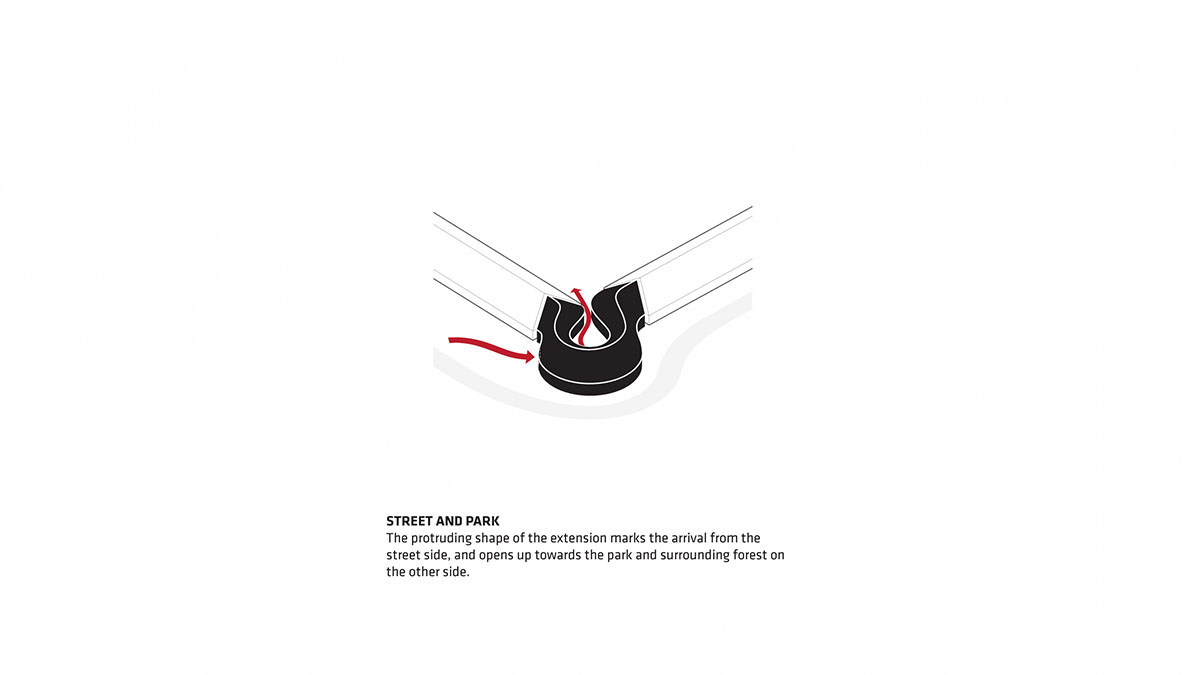 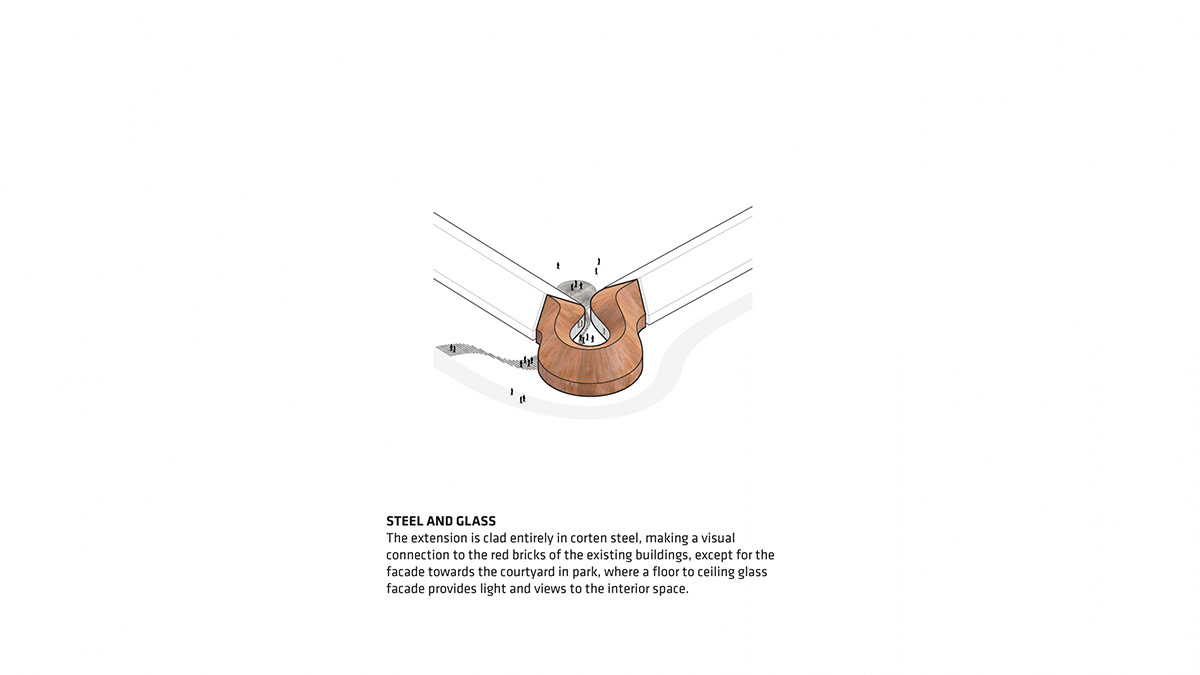 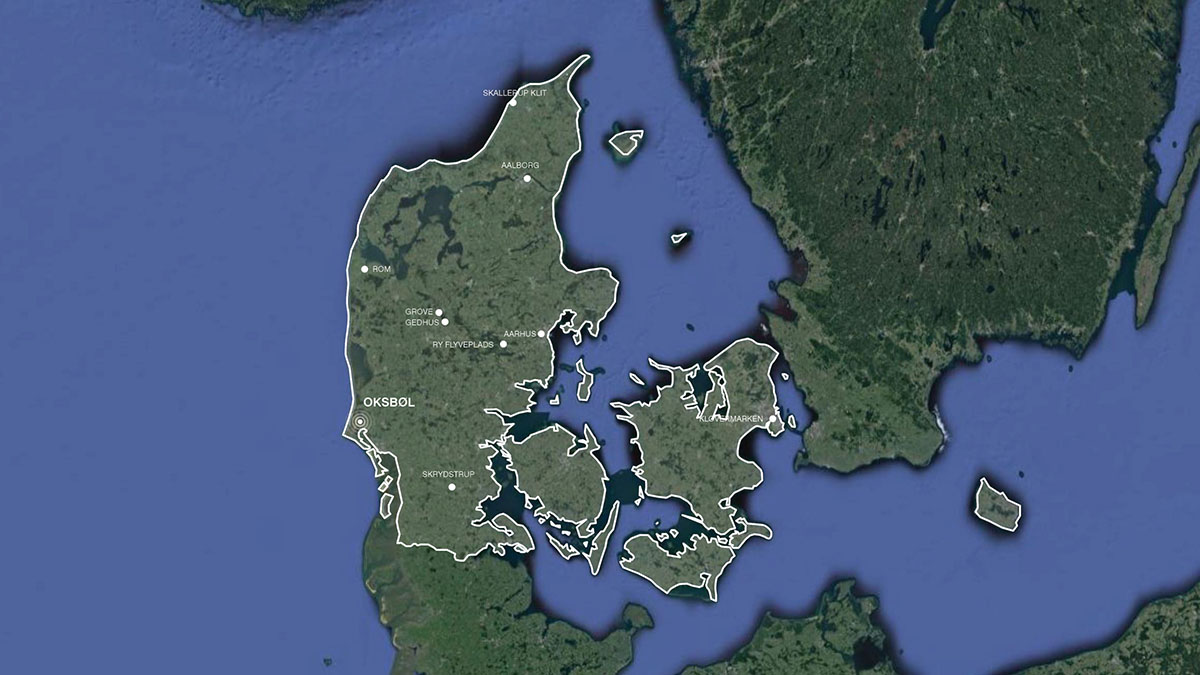 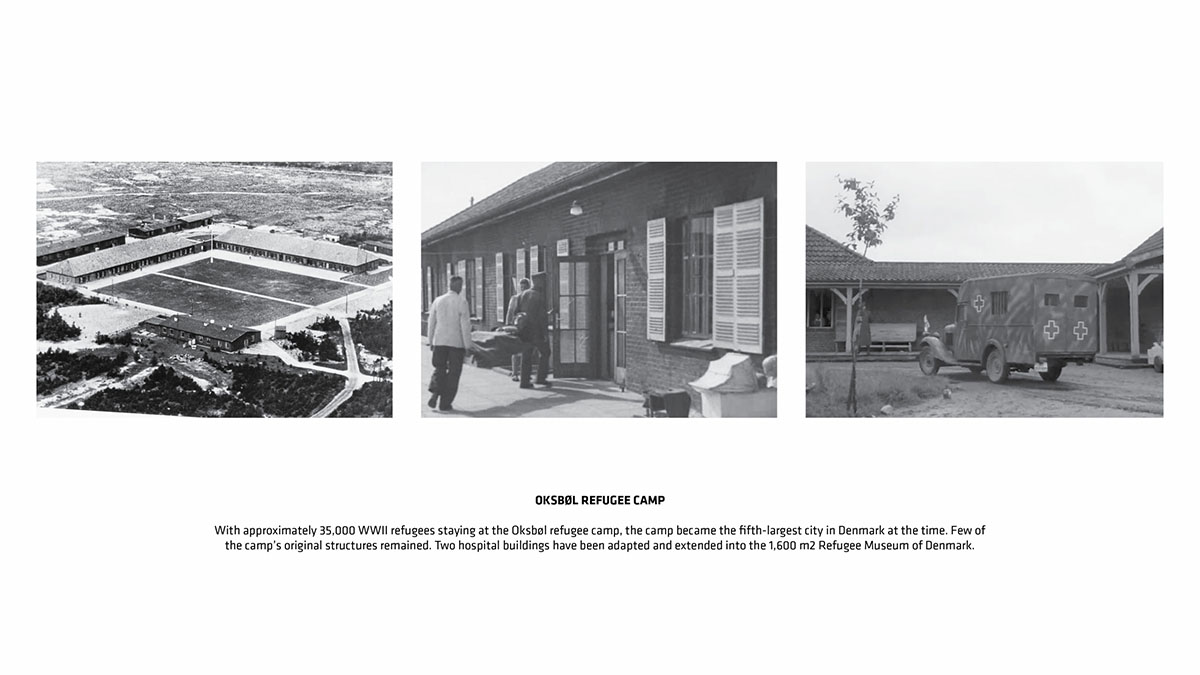 BIG recently completed a new furniture factory for Norwegian furniture manufacturer Vestre in the heart of a Norwegian forest. BIG and HOK also won an international two-stage design competition to design Zurich airport's Dock A, the largest dock of Zurich Airport in Switzerland.