World's first space hotel is set to open in 2027 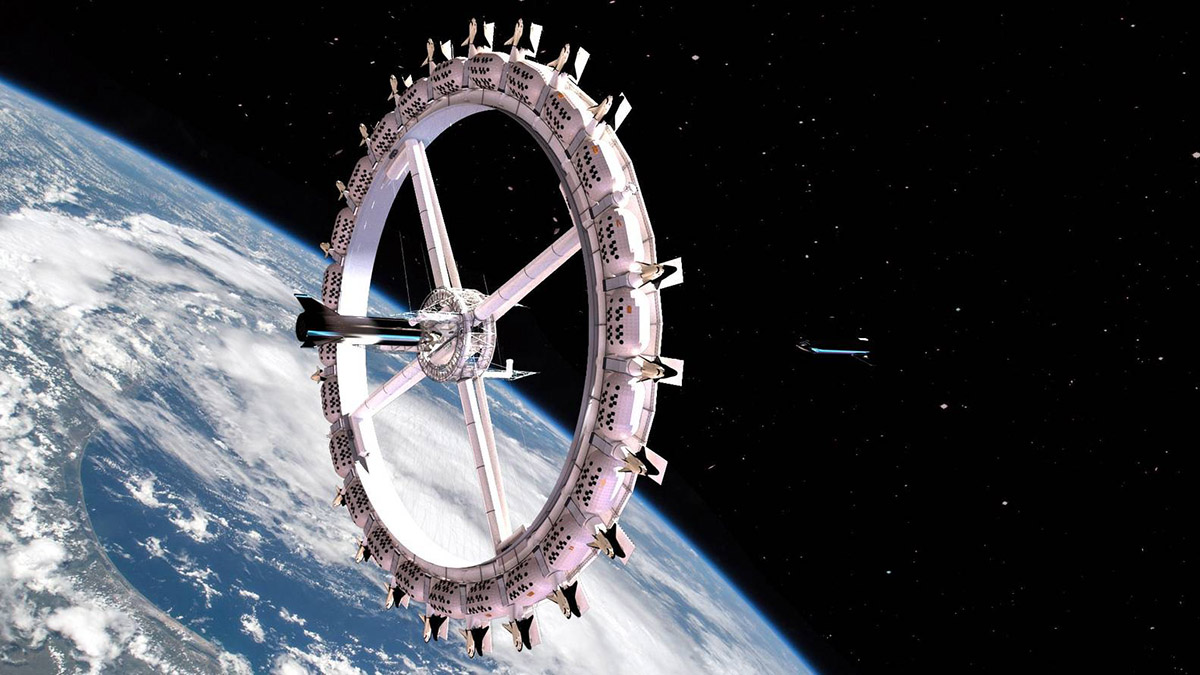 A Californian company the Gateway Foundation has revealed plans to build the first space hotel, which is expected to open in 2027.

Called Voyager Station, the project will be built by Orbital Assembly Corporation, describing itself as "the world's first large scale space construction company."

Voyager Station is described as "a rotating space station designed to produce varying levels of artificial gravity by increasing or decreasing the rate of rotation."

"It will be the first habitable space station with artificial gravity," stated in Orbital Assembly Corporation's website.

Expected to cover a total of 50,000-square-metre space with a huge ring-shaped form, the project will include restaurants, bars and gyms as well as hotel rooms, accommodating up to 280 guests and 112 crew members. 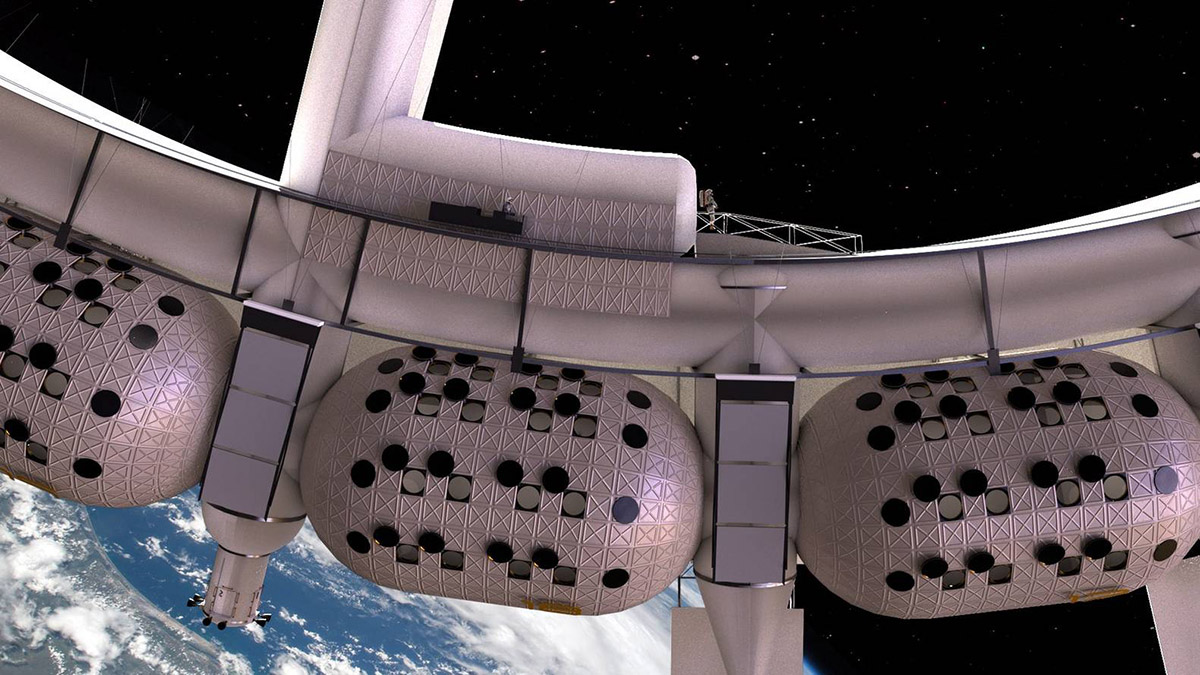 Voyager Station will be the first major project of Orbital Assembly Corporation, while the project is aiming to be the first commercial space hotel upon completion.

According to Orbital Assembly Corporation's website, the project will be the largest man made structure in space when complete. The structure will contain 24 habitation modules, including restaurant, event center, villas, research units.

"We're trying to make the public realize that this golden age of space travel is just around the corner. It's coming. It's coming fast," said John Blincow, who runs Orbital Assembly Corporation.

"We cannot call SpaceX our partner, but in the future we look forward to working with them." 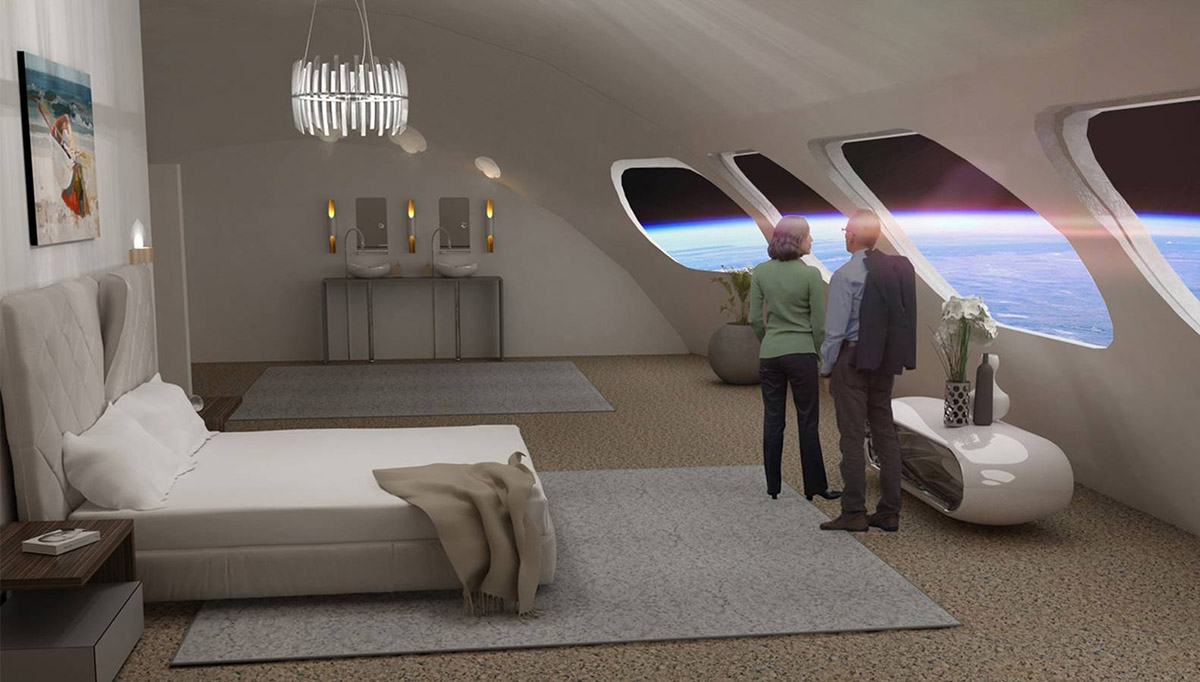 Construction of the Voyager facility is expected to start in 2026, and the company intends to welcome its first passengers to the hotel in 2027.

According to Blincow, in Voyager Station, passengers will not have the same feeling like in the ground, because the passengers will feel in lunar gravity, "when they jump in the air, they jump five times higher," he added. 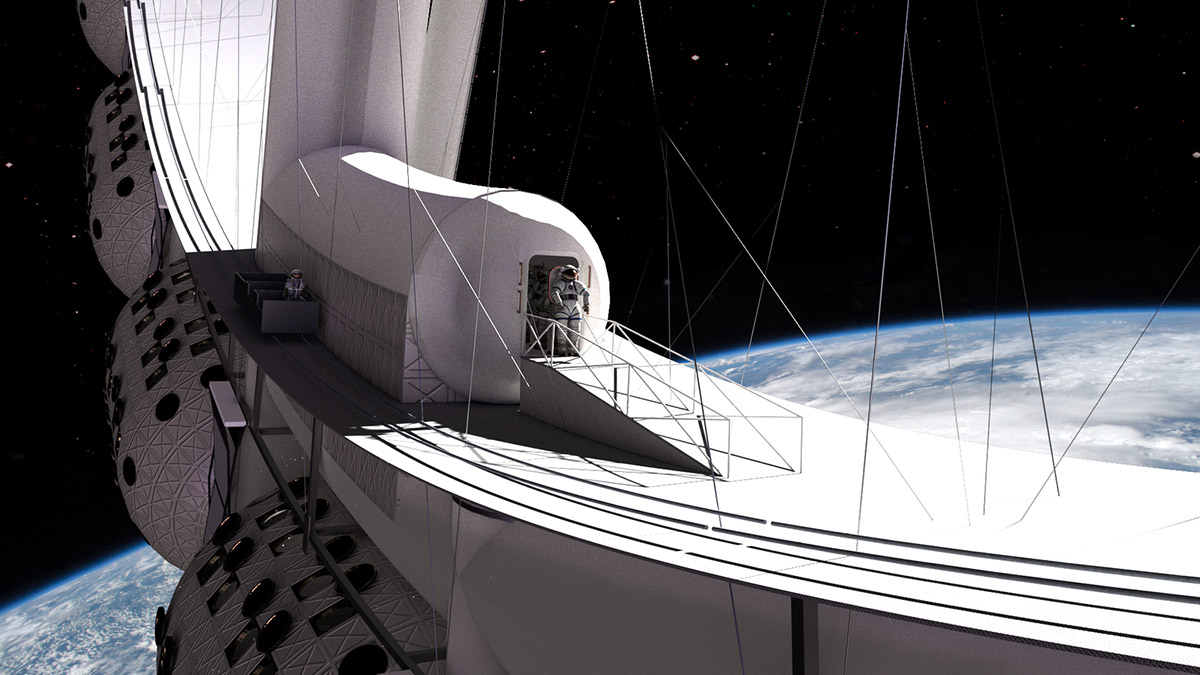 Docking Hub (Inner Ring) is the first "piece of Voyager to be built is an un-pressurized ring structure with docking arms and stabilizers designed to capture and lock in place a visiting spacecraft to unload passengers and cargo."

"All passenger and cargo access to the station will be through a set of pressurized access tubes connecting the Docking Hub to the Outer Ring Truss," stated in OAC's website.

The company said that "the outer ring truss will be built next.  The truss is composed of a triangular unpressurized ring truss supported by a network of spokes to the Docking Hub."

"The truss will be the backbone of the station and provide mounting for habitable modules, solar panels, radiators, and a rail transport system." 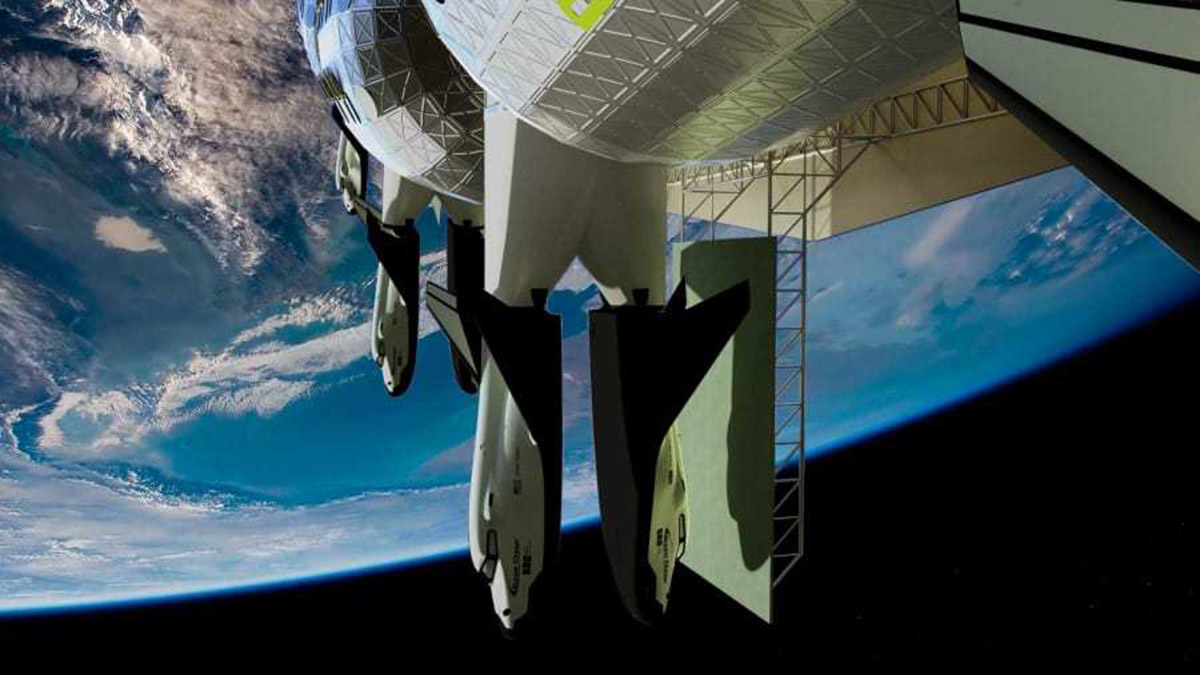 The third one is Habitation Ring, which is the main part of the project. "Outer Ring Truss are a series of large, connected, pressurized modules. This is called the Habitation Ring," added the company.

"Each module will have a pressurized volume of 1,809.5 m3 and have two to three internal levels.  Modules will come in a variety of configurations including: Air Water Power (AWP) module, Gymnasium and Assembly (GA) module, kitchen, restaurant, and bar (KRB) module, Crew Quarters module, which will be configurable for gravity and micro-gravity habitation."

There will be also privately owned modules used for villas, hotels, or commercial activity, while government-owned modules are used for scientific research, training, and staging facilities. 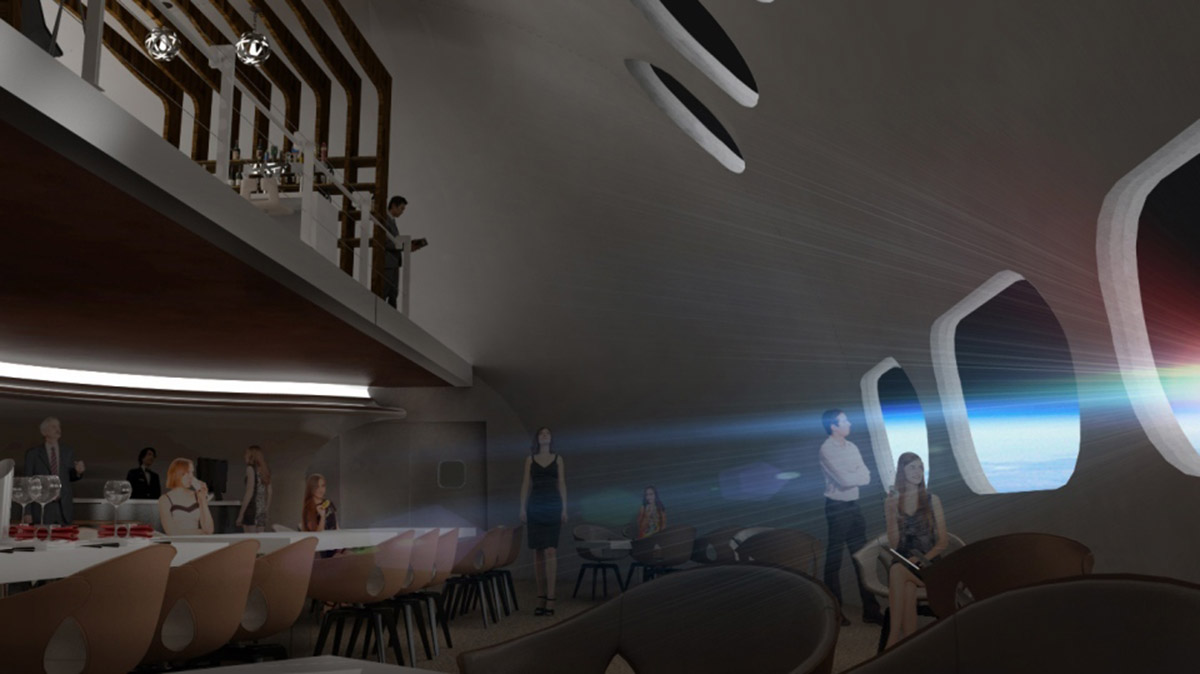 Although the company has not explained the cost of the travel or the room rate, but it said: "simulated gravity will offer amenities like toilet facilities, showers, and beds that function similar to what you are used to on Earth."

For example, luxury villas, covering 500-square-metre area, will able to be booked for a week, rented for a month, or purchased as a vacation home. The villas feature cooking facilities, three bathrooms, and sleeping accommodations for up to 16 people.

Moreover, the company added that "if you are traveling alone or with a partner, our hotel suites are a great place to book for a three day trip or rent for a month." The hotel suites, covering 30-square-metre area, these suites will offer private bathrooms, sleeping accommodations for up to 2 people. 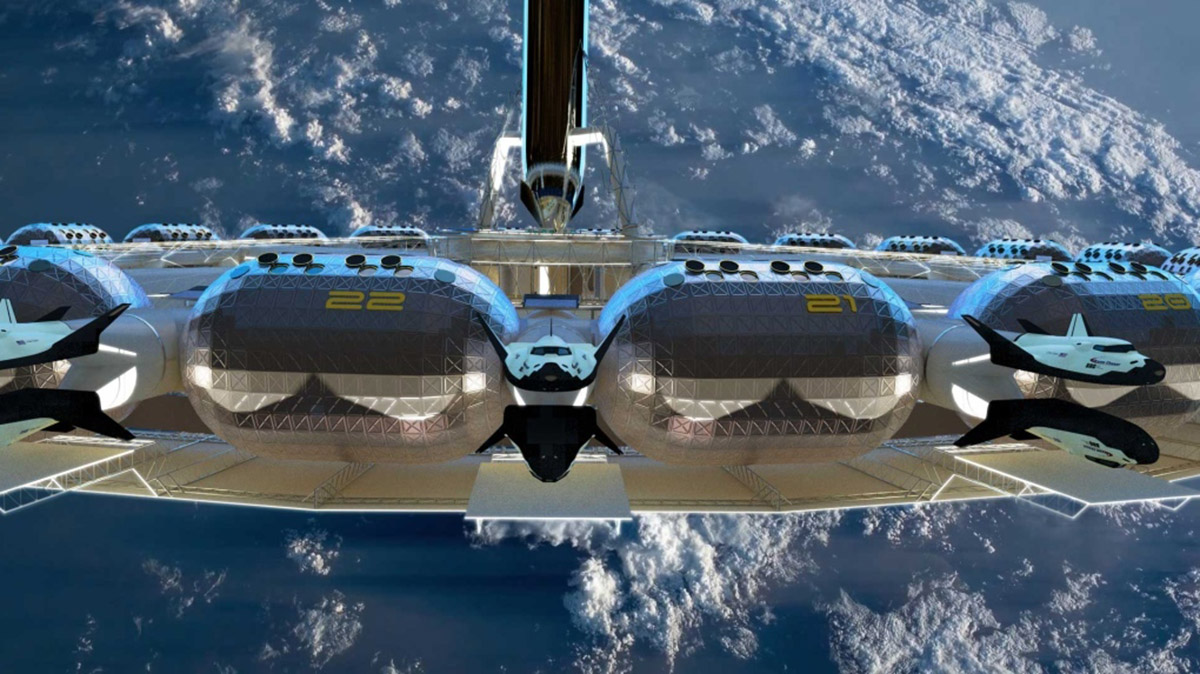 A large Gymnasium and Activity module will be the place to go anytime of day or night. The large recreation hall has a ceiling over 7-metre high where passengers will enjoy jumping, running, and playing sports in the 1/6th Earth gravity environment.

The Orbital Assembly Corporation (OAC) was formed with the singular purpose of accelerating the formation of a robust and self sustaining space construction industry. As stated in OAC's website, OAC's founders come from a variety of backgrounds in business, finance, law, aerospace, engineering, architecture, construction, design, simulations, and aviation.