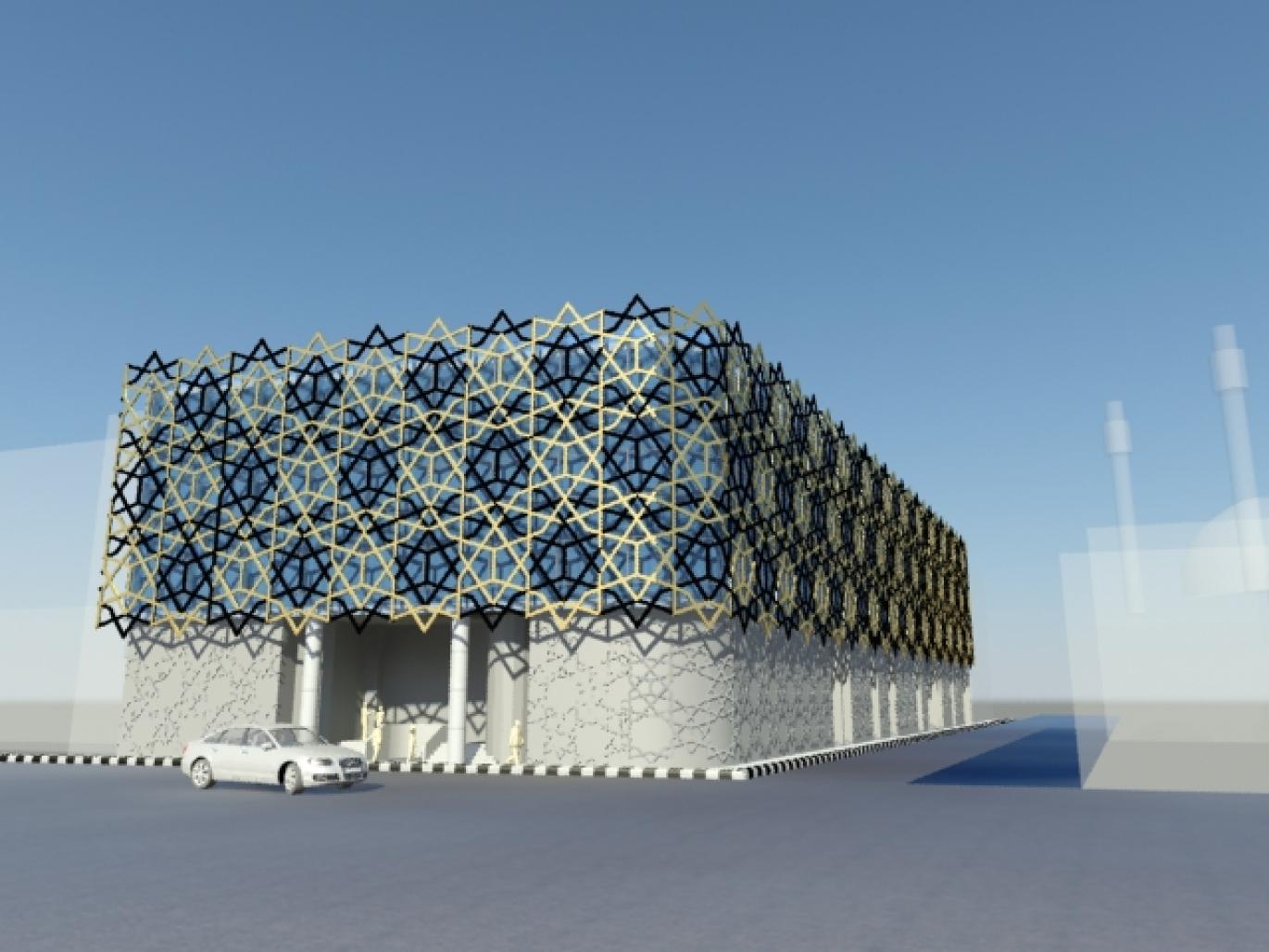 the Iranian and Islamic architecture is very rich in terms of buildings, elements and pattern .but most richness of such architecture back to the ear before industrial revelations .by growing technology and time-passing through modernity and post-modernity and specially, today that we are talking about IT technology and styles like post-modernity, we will realize that there is no pure definition from the Islamic and Iranian architecture in our cities today’s design. Most of buildings in city of Tehran as capital of Iran are mostly modern western designs with no value from its own Islamic and Iranian identities. The design idea of AMIRAN building’ façade in heart of semi-industrial region of Tehran, tries to define a new face of Islamic or Iranian post modernity .This idea start with the simple decagonal Islamic pattern , Known as (SHAMSEH) and goes beyond a kind of architecture which sounds very international, It links the composition of Islamic and Iranian arts in the architectonic realm with the composition of ideologies in the era of globalization.

the façade design has 3 main layers, the first layer is Glass cladding which is the skin of the building and has two sections .one section is the windows that let light goes through building and the other part is just Glass cladding for keeping the unity and harmony with the first layer. The second layer are some vertical steel structure panels which has two functions .since the building faced to south and has high amount of sunshine, the first function is prevent the direct sunshine to penetrate into the building .so they create a shade according to their placement and study of sun diagram, moreover, the second role of the panels is to play structural role for carrying the 3th layer which is the main layer of facade. The 3th layer consist of the simple decagonal Islamic pattern which starts from a modular unit and create a kind of composition or pattern that sounds very post modern. Although this kind of pattern is exist in Islamic architecture like tiles in Islamic mosque ,but here in this design has different appearance .specially the material (steel tin of 180mm/90mm) and placement of this pattern in two layer create a very strong identities for the façade.