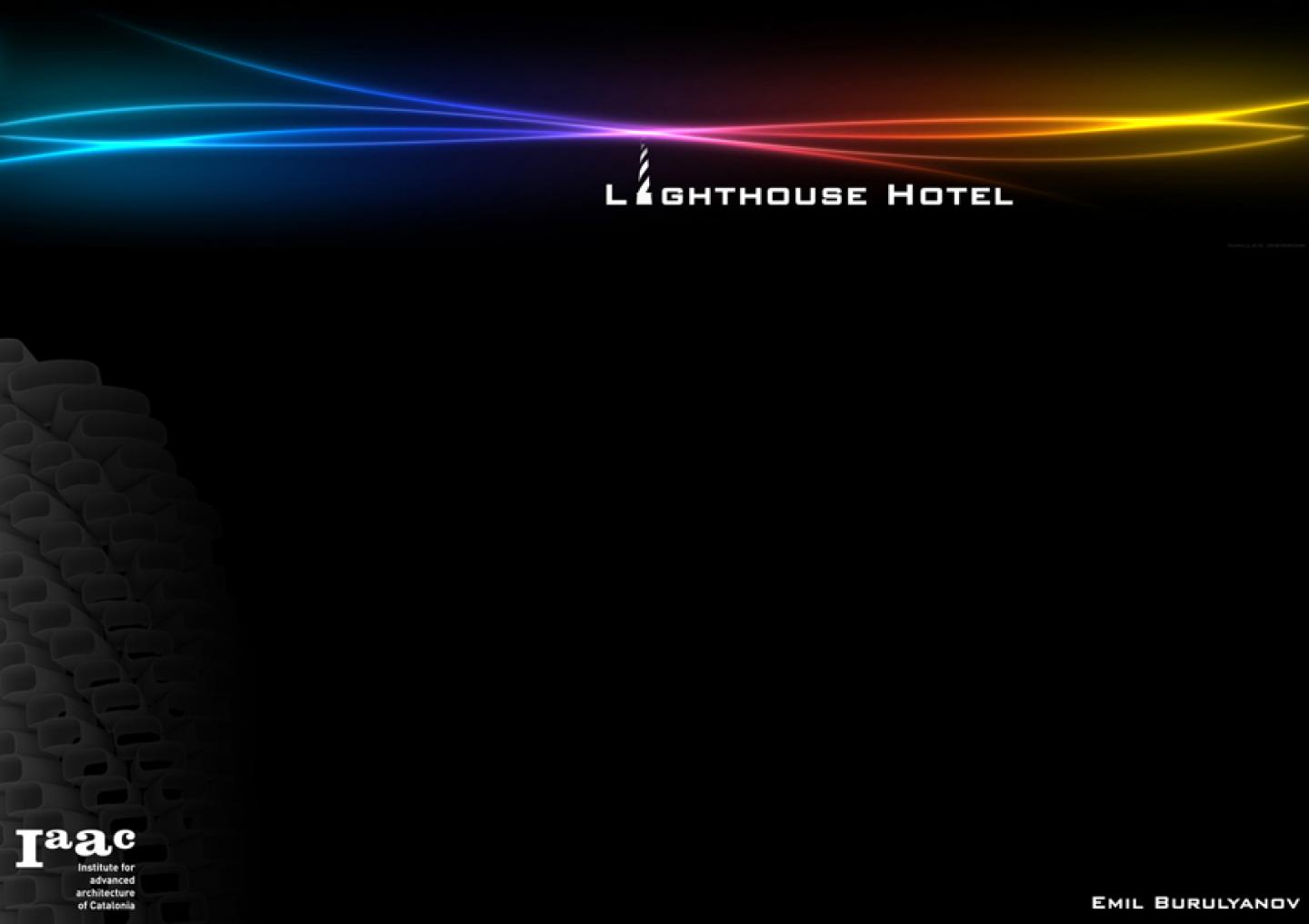 The concept began with the theme of death and how feelings and mood can be improved after experiencing the death of a close one. The system which was discovered though is universal and does not apply only to the situations described in the slides. Those feelings can be fough using Chromatherapy, which up to the moment is limited mainly to sanitary facilities. In the process it was discovered that there are specific colours and gradients that improved the mood. Two options can be also available in each capsule part of the hotel – toning down the mood or enhancing it, both through speacific colour gradients projected everywhere in the room (walls, furniture, glasses, clothes through LEDs and sensors). In this way the user of the room is influencing the room and the room is influencing the user, and on the other hand the user affects the overall impression of the facade of the hotel, and thus the general public. After the India trip and the allocation of the Port site, the Hotel slowly transformed from the Chromatherapy Hotel to the Lighthouse Hotel, keeping its principles of internal ethics, but changing the overall appearance to match its location, and since one of the main features is light, it was placed on the tip of the site, allocated for a cluster of hotels. Through lighthouse research and the specific visual curvature that even the traditional lighthouses have, the hotel formed its shape.