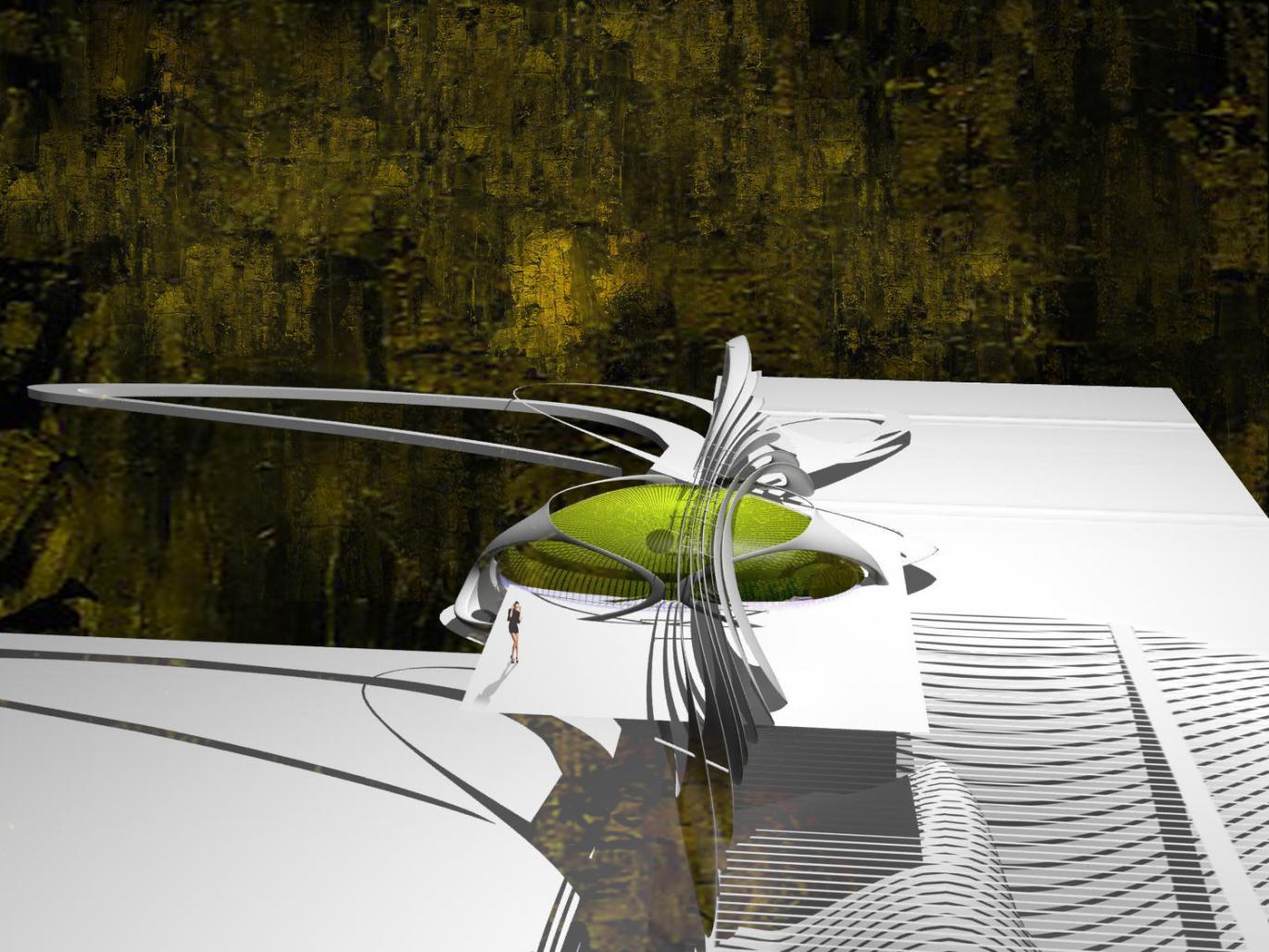 This hotel complex scheme on the cliffs overlooking the town of Budva directly engages with its context. The accommodation consists of a series of dramatic angular forms that cascade down the cliffs to the sea edge, emphasising the precipitous nature of the site and echoing the tradition of settlements clinging to the steep rocky slopes of the Montenegrin coast.
The structure is lifted off the cliff-face using structural bands suspending rooms and reflecting the contours of the landscape preserved uninterrupted beneath. Each room has privacy and sea views, while the corridors behind are located in the zone between the building and the rock. A key feature of the scheme is its 1,000-seat concert hall, located within the dichroic glass shell structure at the top of the site and enjoying spectacular views over the old city.
Montenegro has a strong musical tradition, and although the old city has many small concert venues, it lacks anything on this scale. These proposals create a destination for music, conferences and festivals, with guests ferried by speedboat between the hotel and the old city.