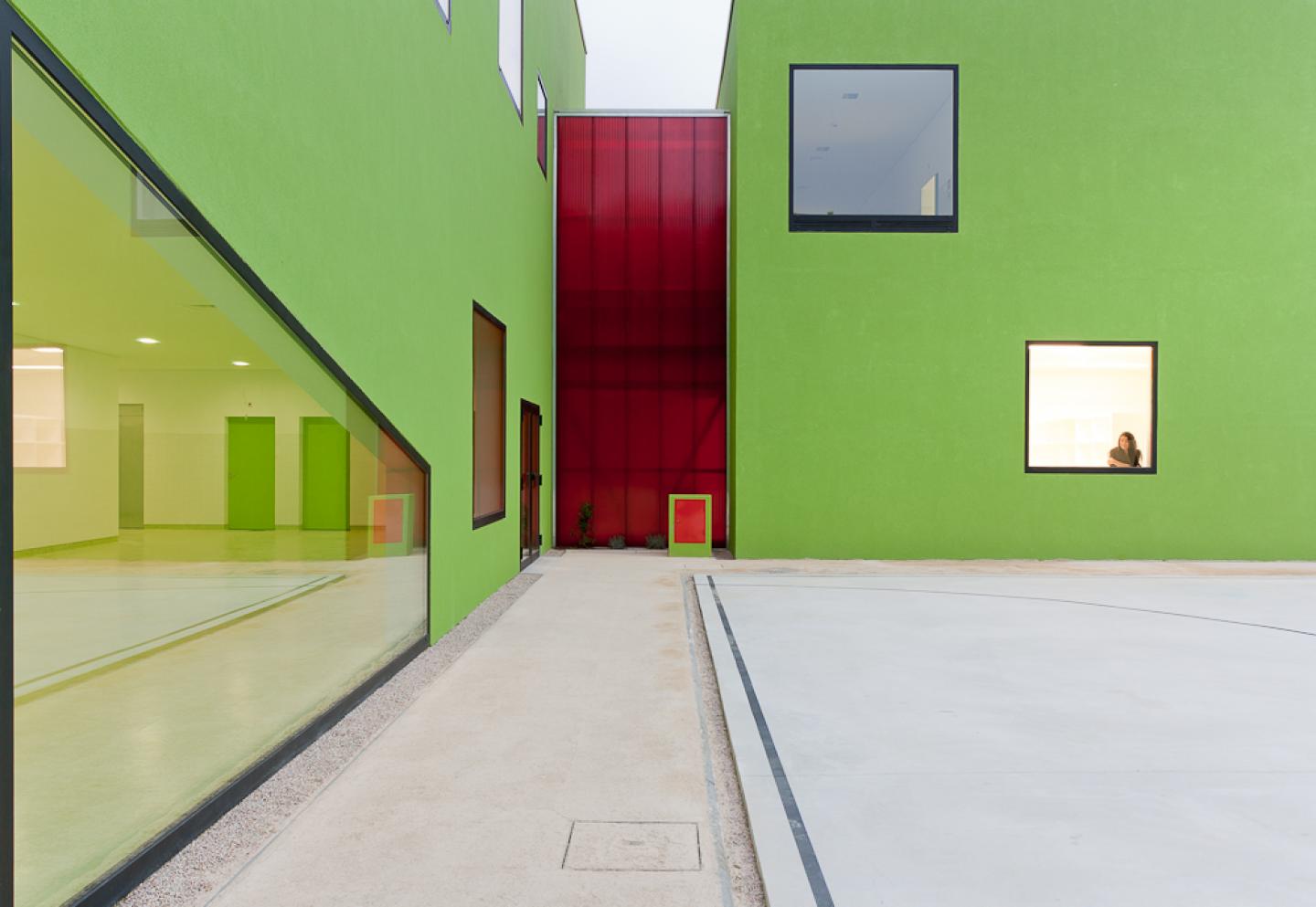 Education Center of Antas, Porto, Portugal
1. Location and Context
The site of action is part of an urban context through the recently redesigned Detailed Plan of Antas. The nearby is not defined by buildings, with only the north to the existence of a huge slope and south of the proposed construction site. The land is entirely surrounded by streets. The area of the school is approximately 2 967.00 m2.
2. Idea
The spatial and architectural design of the building of the new Education Center Antas were formalized in several bodies each containing part of the program in accordance with principles of internal organization, functionality, form and image, given the type of building and its specificity. This conception took into account the morphology of the terrain, solar orientation, access and links to surrounding bodies. It always took account to the relationship established between spaces, between exterior and interior and between interior spaces.
The intension is to formalize and realize the program provided through a drawing of building capable of being fragmented into several bodies interconnected with exterior spaces creating diverse environments. It’s a building consisting of several bodies expressed by a simple architecture that will build a close relationship with the exterior spaces. It was intended to create in the spaces between the various bodies the visual relationship between interior and exterior reducing relations with the urban surroundings. There was an intention to turn into how the building relates to the exterior. However there are some links to the outside also. The settlement found answers to a matrix that structuralize a functional organization of the school as a function of the planned program and constraint imposed by various land levels.