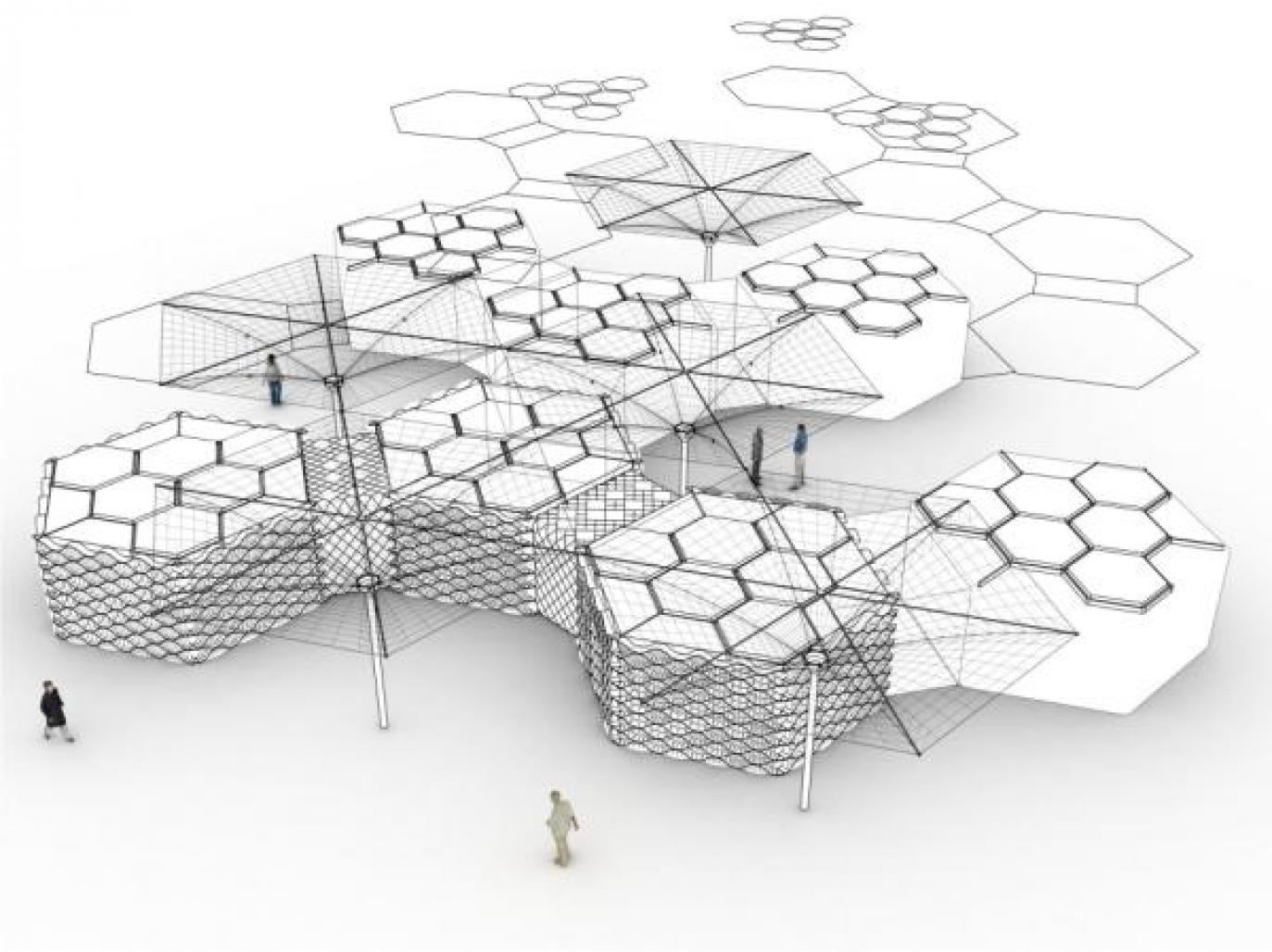 InflateIt is an idea for the development of a protocol for the production of modular housing units.
The process begins with the generation of random elevation patterns. Those patterns are getting tested in a light simulator software {ecotect} for different locations, seasons and times so an initial database of solutions is created. Each time that units have to be produced, random patterns are tested until a satisfactory solution is found. The tests are added to the database.
The feedback of the users is used in order to re-evaluate the data collected. The production of new units is becoming a self-learning process for the program. At the same time the users with their feedback are altering the initial standards in a never-ending, multiple exchange and altering of information.
The growth of the database is strictly related to the growth of the inflateit settlements and follows similar self-referencial patterns. The data stored in the database gets transformed from data regarding lighting strategies to data regarding relationships.