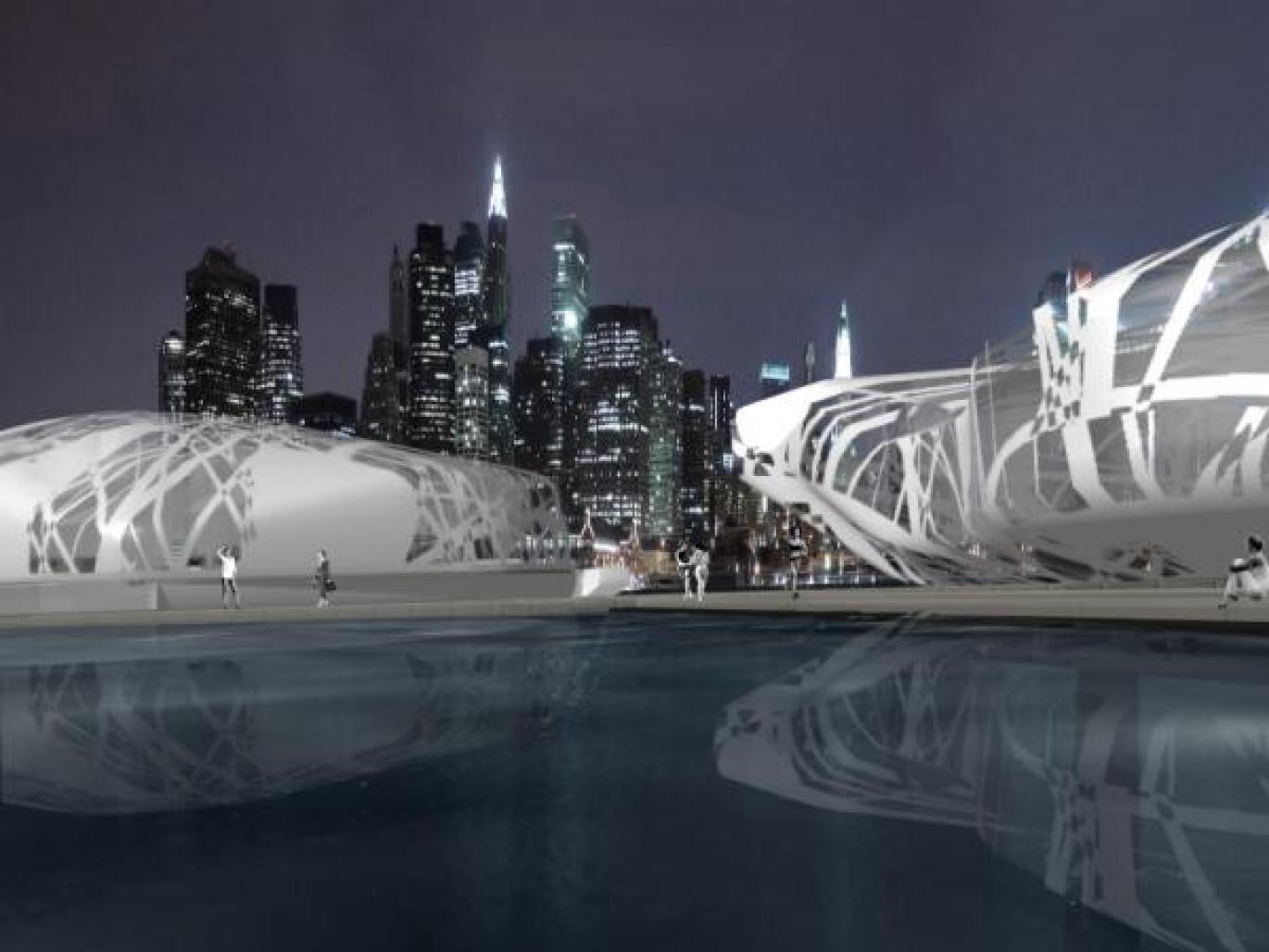 “DO BEFORE NOT AFTER” - floating structures operation -
A new way to think at disaster
The worlds is becoming more and more sensitive to the climate changing, that, according to the most reputed studies, will have heavy and
often dramatic effects on the earth and on us. Recently very well known dramatic events pushed the citizens, the governments and the
organizations to think new and more appropriate strategies in order to provide relief to the population’s victims of these catastrophic
natural events. This is the aim of this competition too.
In medicine there are mostly two ways to try to reduce the impact of diseases on people; one is to cure and the other one is to prevent.
We all know that to prevent is better than to cure. We know that is unfortunately impossible to prevent natural disasters, but we think it is
possible to prevent the useless troubles of the populations involved and that is better than to cure once the disaster already happened.
How would we like to do this?
We need to think in a different way
We think that a city, or a nation, should prepare in advance to the disaster with structure already built and that can be used immediately.
We honestly don’t think that even organized remedies such as to build provisional houses will be a real solution of the problem.
In fact to build provisional houses would imply many problematic issues:
1: the need to find a site deputed for the construction. 2: to prepare it and organize it. 3: to build or mount the provisional units in a hurry.
4: to deconstruct the units. 5: to recover the units or parts of them. 6: to spend public money without any profit for the city and the
population
We want to change the points of the process, Introducing these new points:
1: to use the sea instead of the land to provide houses and spaces to the people. 2: to have the appropriate structures ready at the
moment of the disaster, building them in advance. 3: to just fill them at the moment of the need. 4: to return to use the structures after the
emergency. 5: to have permanent structures in the sea as realities and property of the city, with the chance to move them before and after
the emergency. 6: to use the structures in a useful and profitable way for the city and the people before and after the emergency. 7: to
revitalize the sea life of New York and the coast lines, as in the tradition and the nature of the area.
How would we like to realize this?
We propose to built immediately floating structures containing different functions that the city needs even in not emergency times, but
that can be easily converted, such as hotels and residential spaces, and reception spaces, events spaces, green and recreational spaces,
cultural spaces, sport spaces and cars recovers.
The floating structures are the ensemble of these functions: they are floating volumes that can be moved, anchored, connected to the
land, connected to themselves, usable before, during and after the emergency.
The floating structures can have different forms and dimensions one to each other, to be more ore less dense, to have the chance to be
modified and to contain different functions. The floating structures will be public and property of the city.
We developed our idea through diagrams, drawings and renderings, focusing our attention on the study a typical floating structure, as
showed in the graphic documents.