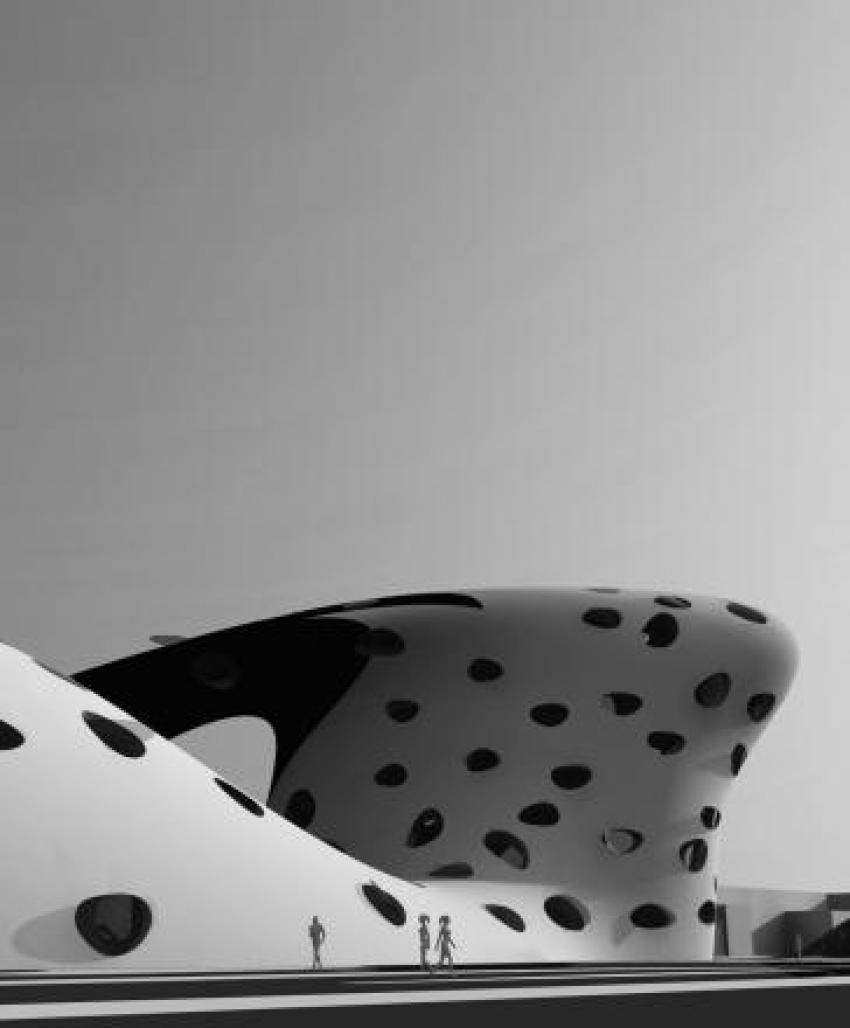 Project for the new civic centre in Rosignano – Scenario

The contest project includes a symbolic and extreme building in the urban scenery of the seaside town characterised by undifferentiated buildings mostly composed of regular blocks of industrial origin. The geometry of the project derives from the manipulation and regeneration of morphologies belonging to some deep water marine organisms.
A series of ‘eyes’ are scattered on this special structure {steel, spray applied concrete and load-bearing metallic net} and they pierce the double surface layer {outer structure + technical space + inner coating wall}. The surface is 1.2 m thick.
The building is coated with photovoltaic sheathing {the black areas in the image} which makes it energetically self sufficient. Besides, through the holes which are opened and closed by a software, it is possible to obtain rain water collection, daylight redirection and fresh air collection.
Thus the building has its own metabolism which changes during the 24 hours depending on the always variable conditions of the outside.
Part of the optical fibres, associated to LED systems {and also used for data migration}, emerge on the external surface and part of the energy collected during the day is used to ‘show’ the building at night.