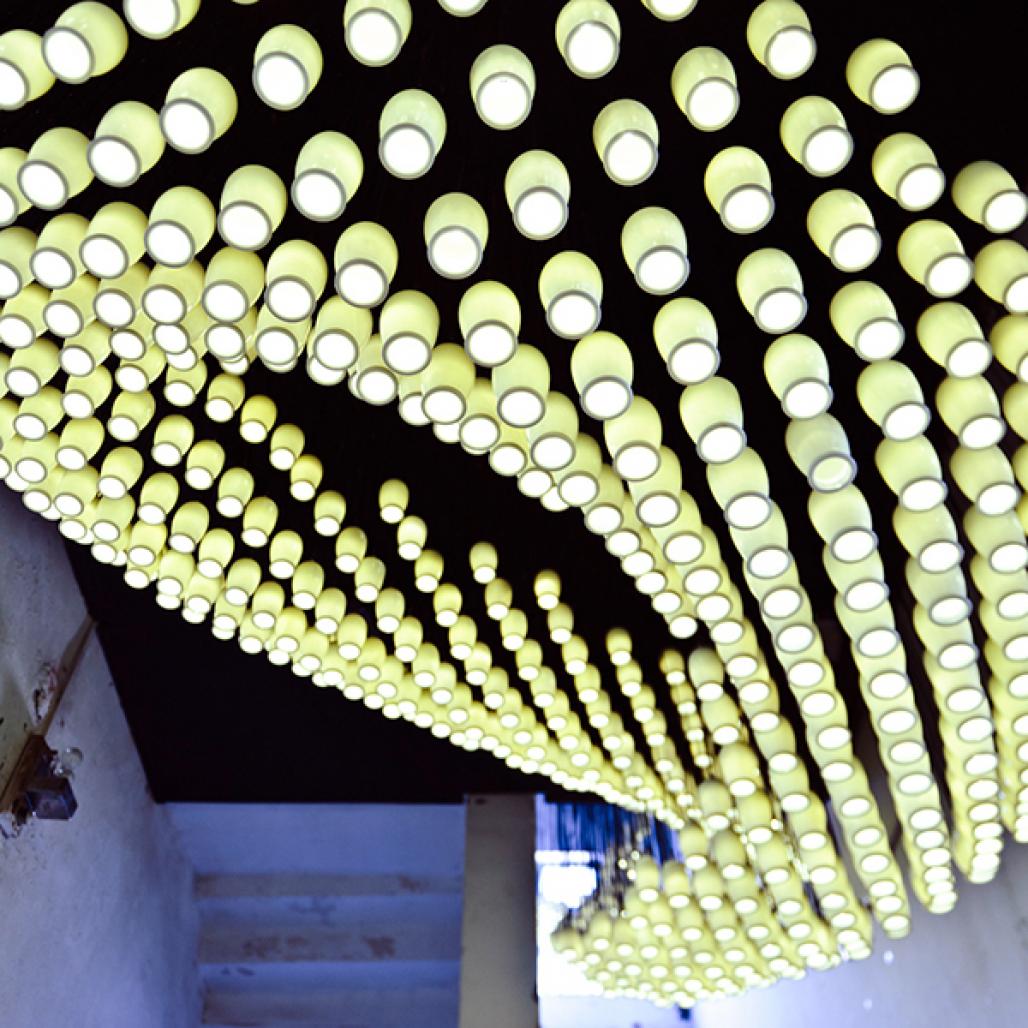 Milkywave is our installation entry for Beijing Design Week 2012. It consists of 1664 reused glazed ceramic yoghurt bottles reconstituted into a looping wave of light.

Milkywave reflects on the practice of city-making through the objects that populate the collective memory; an attempt to rethink how seemingly mundane things with a material substance, shape, texture and color along with unique cultural habits and environmental conditions coalesce to form the atmosphere and character of the city.

For this installation we depart with a found object, a quintessential part of the hutongs DNA –the old yoghurt ceramic bottle. We are drawn to it by its materiality, its concealed transparency and subtle shine. Native to the Beijing cityscape millions of bottles circulate the streets uninterruptedly meeting Beijingers on their corner shop, subway stall or local square. The result is a collection of 1664 bottles reconstituted into a new entity –familiar enough to activate old memories and radically new to enable new sensations.

With milkywave we celebrate the re-use of mass produced objects as core components for the design of new systems and configurations.