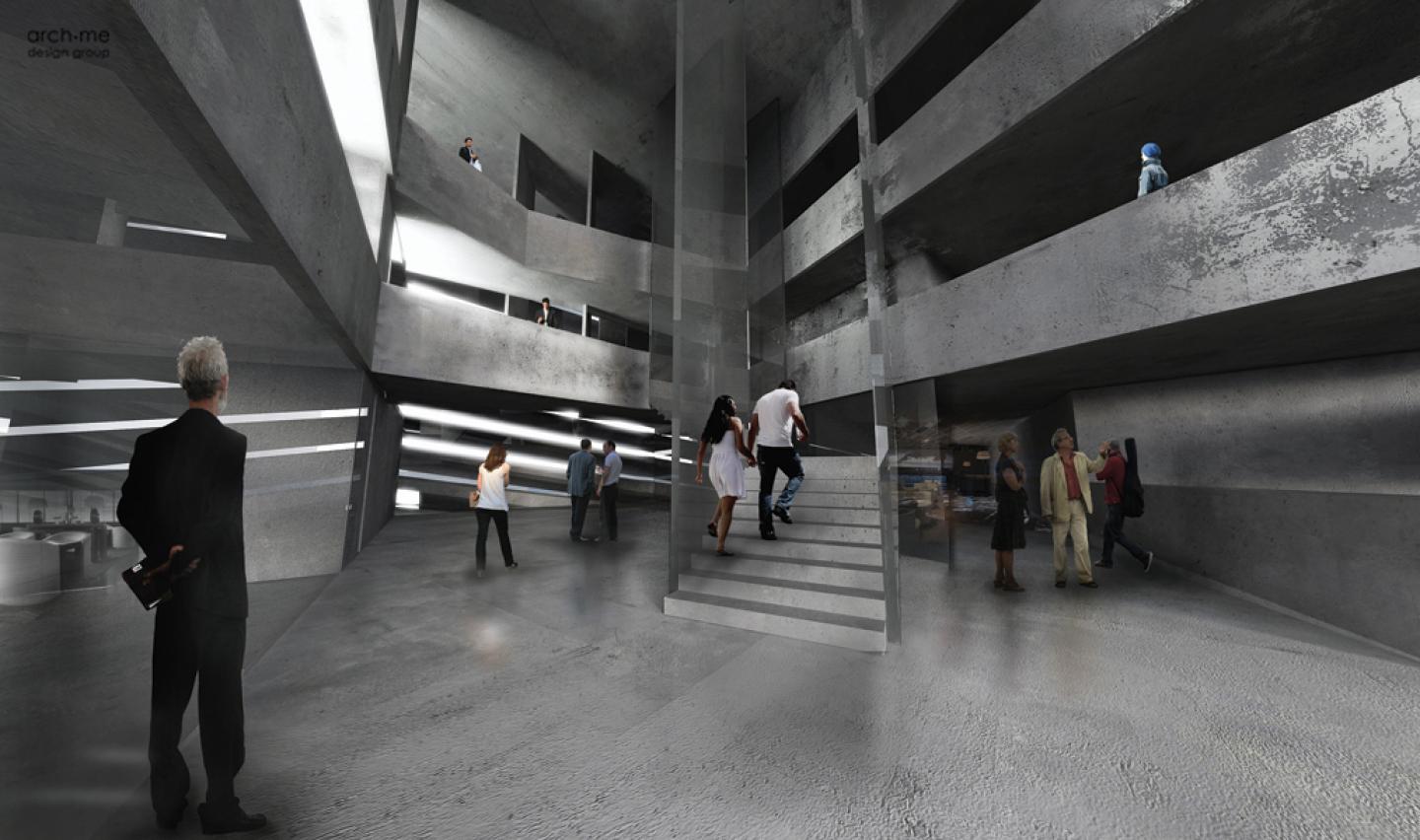 … The roads from Gdynia leads to the sea….also to the sea of imagination. That’s why the architecture of film school building refers to the shape of the ship.
The ship that will carry young artists in the expanses of the art. The sea breeze, by its delicate puff will bring the inspiration and will move the camera in the hands of the young film-makers to capture special moments in the frame...

Unusual plot shape gave basic guidelines for the form of the building. The form was transformed to in the last resort refer to the shape of the ship.
Newly created building is a strong accent in architectural and urban concept of the whole area.
Dynamic character of the building is emphasized for changeable concrete louvers. They, going around the building like film tape, play with the sunlight. They allow it to get into the school building and light rooms that need it. Or they stop sun rays to protect other spaces from its excessive inflow.

The crack in the main elevation expose the building to the city square and invites for entering on the roof terrace and to the cinema.
The terrace becomes freely available space for relaxing with the view on the harbor and Kamienna Góra.

The square inspired by simple geometric forms is like addition for strong and characteristic shape of the building. Creating square elements in the 3rd direction makes it more dynamic. Three dimensional square elements is being used to communicate the city with underground parking. In so created places are public toilets and enters to underground parking. Above they are covered by grass where You can sit down, lie down and relax.

Film School by ewelina jaskulska in Poland won the WA Award Cycle 14. Please find below the WA Award poster for this project. 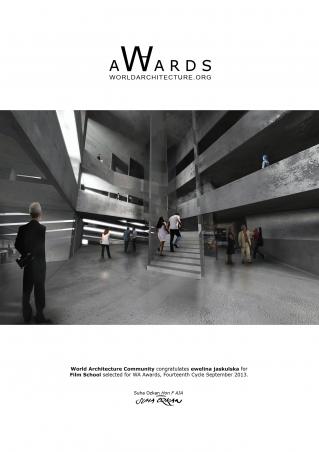 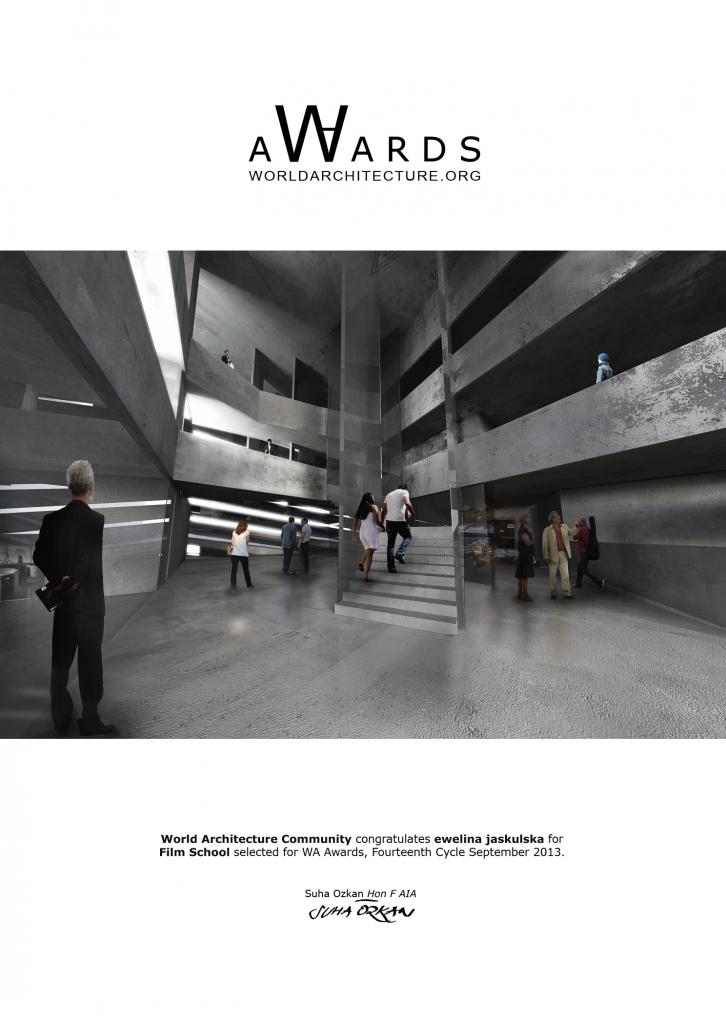