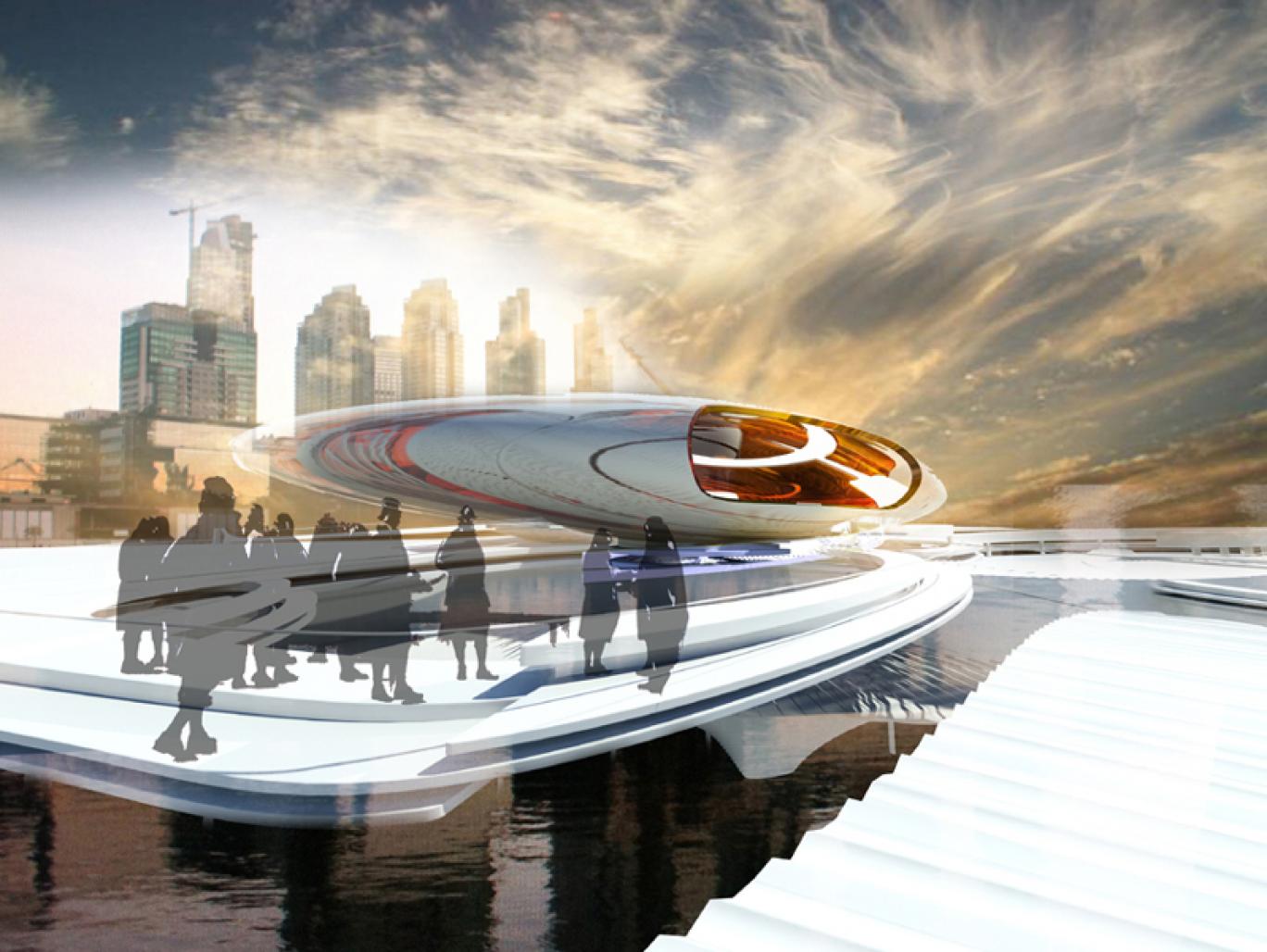 The site of the museum is on the banks of the Rio de la Plata in Buenos Aires Puerto Madre, the area is a juxstaposition of industrial warehouses, shipping docks, commercial distirct and nearby nature reserves.
The museums design attempts to choreograph images and views into the city to highlight the ever expanding definition of what is considered real, diluting the edges between the viewer, exhibits, city fabric and its immediate context. The form has no spatial hierarchy creating an ethereal precense, the antithesis of monumentality and the specificity of material place. The architectural gesture is that of a glimpse, a collage of superimposed spaces with no beginning or end, no defined boundary as they are experienced like an edited animation.

The structure consists of a single, laser cut aluminium, semi-monocoque shell, prefabricated off site.The aluminium shell is made up of 3 Meter wide sections welded together, sanded and spray painted white, it appears to float above the circulation giving the impression of weightlessness, the observatory museums sole support is the circulatory ramp shaft off which the structure is cantilevered and tied to the dock.

Window wall openings slide back into the shell giving boundless views into and through the museum, like an observatory. The city is brought into the museum. The windows walls are made from toughened laminated glass inclined by 25 degrees so as not to reflect sunlight and glare from the river.
The structure uses the same technology as boat manufacturers, the interior is free of columns providing unobstructed views. The ground floor plane restructures the embankment and dock by bringing the river partly into the design, using a series of locks which flood sunken platforms within the museum when needed. Ramps rise out of the water connecting the main gallery space with the rest of the site intervention.
The museums atrium has a series of lanes bridging over sections of river water. An opening in the roof allows rainwater to collect in the impluvium below; the space is flexible and has the option of being more or less absorbed into the city depending to environment and exhibit.The new edge condition reflects the nature of the nearby reservation area which contrasts the immediate industrial and very urban river condition. The plan brings together different geometries similar to the varied urban fabric of the city itself.

The glass wall windows dictate attention between exhibits and city views, creating a collaged effect of the building within its context. This superimposed perception of context and design attempts to offer new environements which we can claim and adapt, bringing us closer to the concept that perception and the minds interpretation formulate the basis for understanding and exploring the changing definitions of real and virtual.
The semi-monocoque structural system creates an illusion of the buidling drifting along the river, or floating over the city raising the question what happens when an illusion, a virtual manifestation becomes real through appropriation.