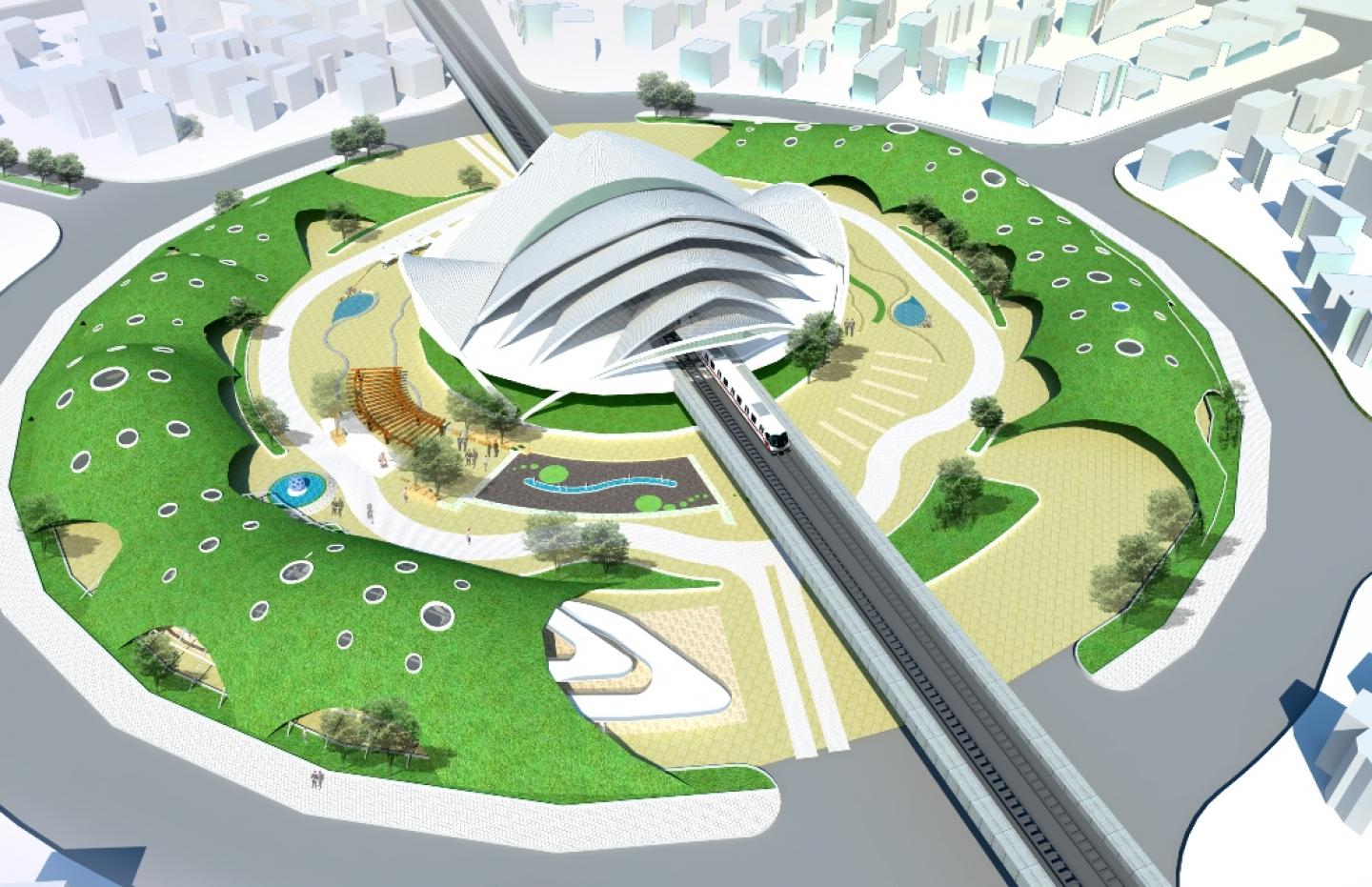 The inter-modal hub at Koba is located at the prime location on the Ahemdabad-Gandhinagar
highway. The intermodal hub developed at Koba station acts as a gateway to
Gandhinagar. The inter-modal hub proposed operates as a primary transit node, moving
people to and fro between the two keycities of Ahemabad and Gandhinagar. Significance
of Koba Circle in terms of transition of people, holds the potential to be developed
into a twin city.
The vast surrounding agricultural land and the lack of built-form are forseen as oppurtunities
to develop Koba Circle as a futuristic city of Gujarat. This city shall be complete
in itself with supporting amenities and facilities. The city is visulaized as a symbolic and
iconic representation of the vibrant Gujarat. The intermodal hub at Koba is at the centre
of this development acting as a symbol of peace, with the proposed city of Koba
radiating from it.
The proposed development at Koba circle can be compared to Cannought Place in New
Delhi, where the metro station at Rajiv Chowk is a major transit hub with other commercial
and recreational facilities surrounding the metro terminal. Only that the proposed
city of Koba Circle is planned and designed in a more organised fashion. Multifarious
activitious in large scale are proposed enveloping the Koba metro station. A belt
of cultural and recreational activities surround the terminal. These contain:
1. Retail outlets,
2. Exhibihition spaces,
3. Art museums and Galery,s
4. Convention Centres
5. Along with a green open landscaped areas, acting as recreational spaces for all
age-groups and families.

DESIGN ASPIRATIONS
• The Koba station and site presents the potential to be transformed into an iconic, recreational
gateway to the city of Gandhinagar. Therefore a symbolic and inspired architectural philosophy
– again, promoting the high quality ‘branded’ Metro system identity while respecting the
Mahatama Gandhi ideology should be explored, incorporating world class transit design and
commercial development.
• The site surroundings provide a visual panoramic delight. Giving identity to the area, the
INTERMODAL ASPECTS
• Seamless intermodal connectivity between various facilities.
• Connectivity from the surrounding incoming and outgoing highway traffic.
• Integrated connection to a new car park facility is desirable.
• Connection with the feeder line