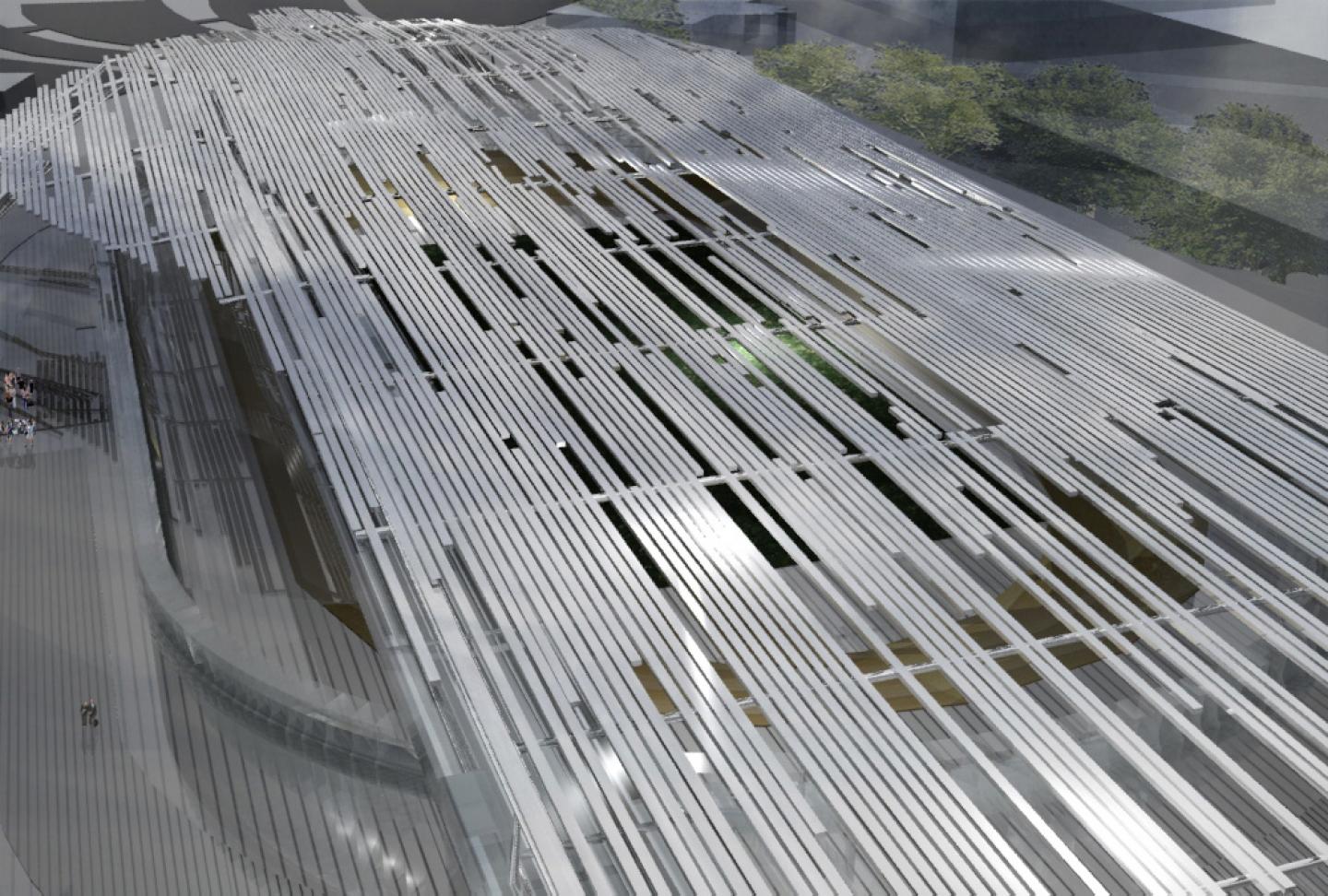 The Velodromo Vigorelli represents an historical building in Milan, important for the city and recognize by the citizens as a cultural landmark.
For this reason is necessary in our opinion to preserve, after renovation, the old structure, adding new volumes and functions and creating a new “roof” covering the all structure.
We are inspired by the idea of Memory and Contemporary in a dialogue in order to establish an actual approach and an actual architectural language.

We are inspired by the Memory thinking to preserve the old structure, a part for the roof, and the beautiful old original wood speed cycling track and thinking to reuse them.
We are inspired by the Memory and by the Contemporary at the same time when we interpret the idea of speed suggested by the cycling races and the existing race cycling track and transferring this idea to the particular structure of the roof, a fluid surface designed as an alternate sequence of linear elements such as anodized aluminium light profiles and parabolic linear collectors of solar energy and sustained by a light steel structure.
We are inspired by the Contemporary when we introduce the clean energy solutions and the linear solar energy collectors and when we propose spaces and shapes related to the language of the contemporary architecture.

The new “roof” (an alternate sequence of linear elements such as anodized aluminium light profiles, open space and parabolic linear collectors of solar energy) is an important point of our project and covers a surface of 17.000 s.m. circa, sustained by a light steel structures; at this structure are hung 2 new linear glass volumes with a floor surface of 4.000 s.m. circa, suspended over the existing tribunes, hosting different and flexible functions such as, meeting points, bars, restaurants, new tribunes and so on.

re-cover vigorelli by gianluca milesi in Italy won the WA Award Cycle 15. Please find below the WA Award poster for this project.