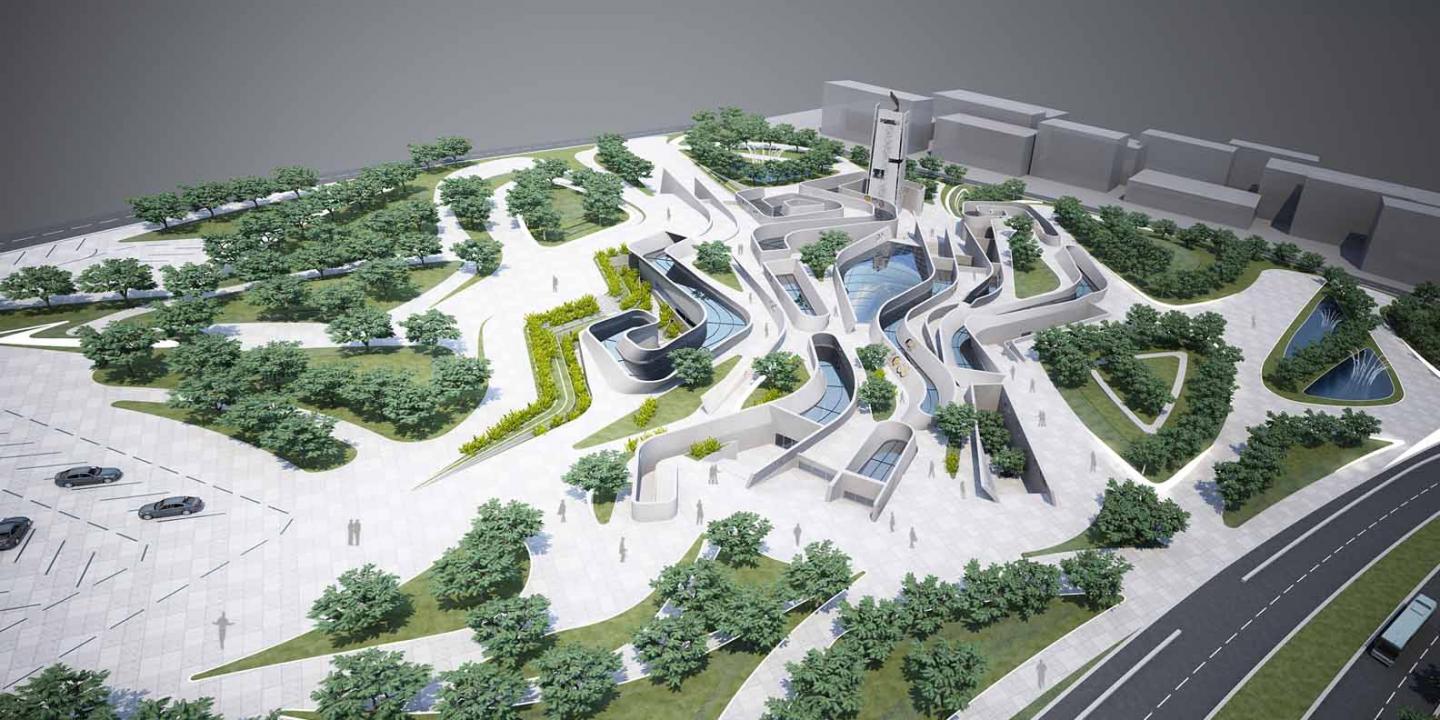 Nowdays, memorial architecture in order to remind people of important figures in seriience, art and politied, etc.. as well as honoring those who have played a significant role in the history of a nation certainly the respect of such person(Seyed Jamal Torabi TabaTabaei) is equal to the respect of culture, history and eternal of community the objective of this projects is the design of memorial building for Torabi TabaTabaei ,a prominent researcher which is an explanatory of his character to remind people of him.the other objective is to design coin numismatic as a research center for researcher and numismatic coins museum for presentation and display of various historical periods than Help researchers understand the facts and access to many historical facts about past and civilization.
By definition we have of the coin: Is credible evidence that the corners and layers of obfuscation light on unknown archaeological,and Considering that most of these old coins can be obtained from excavated, The design of this collection, with some gaps in the symbolic form and direction of the light beam into space, this concept is expressed. Thus the decoding and demystification coin show. On the other hand, because of their mysterious puzzles and coins, Form a labyrinth (maze) trying to decipher the history and mysteries of coin history, and so ¬ curiosity in discovering the truth, it is designed.
The aim of the design is that the entire height of the surrounding urban landscape is in harmony with the surrounding tissue and Parks and green spaces such minimal involvement in the sky have And just as Monument set of indicators as a symbol of the city can be seen.

The area of the complex is 48000 m2 and total area of the complex ix 8900 m2. The whole complex is consist of three parts which are researcher institiute, museum and monument..in the design of gallery of museum,the evolution of money is considered.
The structure of this complex is a simple shear system with continuous mass. This system has an integrated structure which is earthquake resistant. The roof of complex is consistant. And plates perpendicular to them. The cielings are covered with Concrete slab except in the skylights which are coverd with Tempered laminated glass.