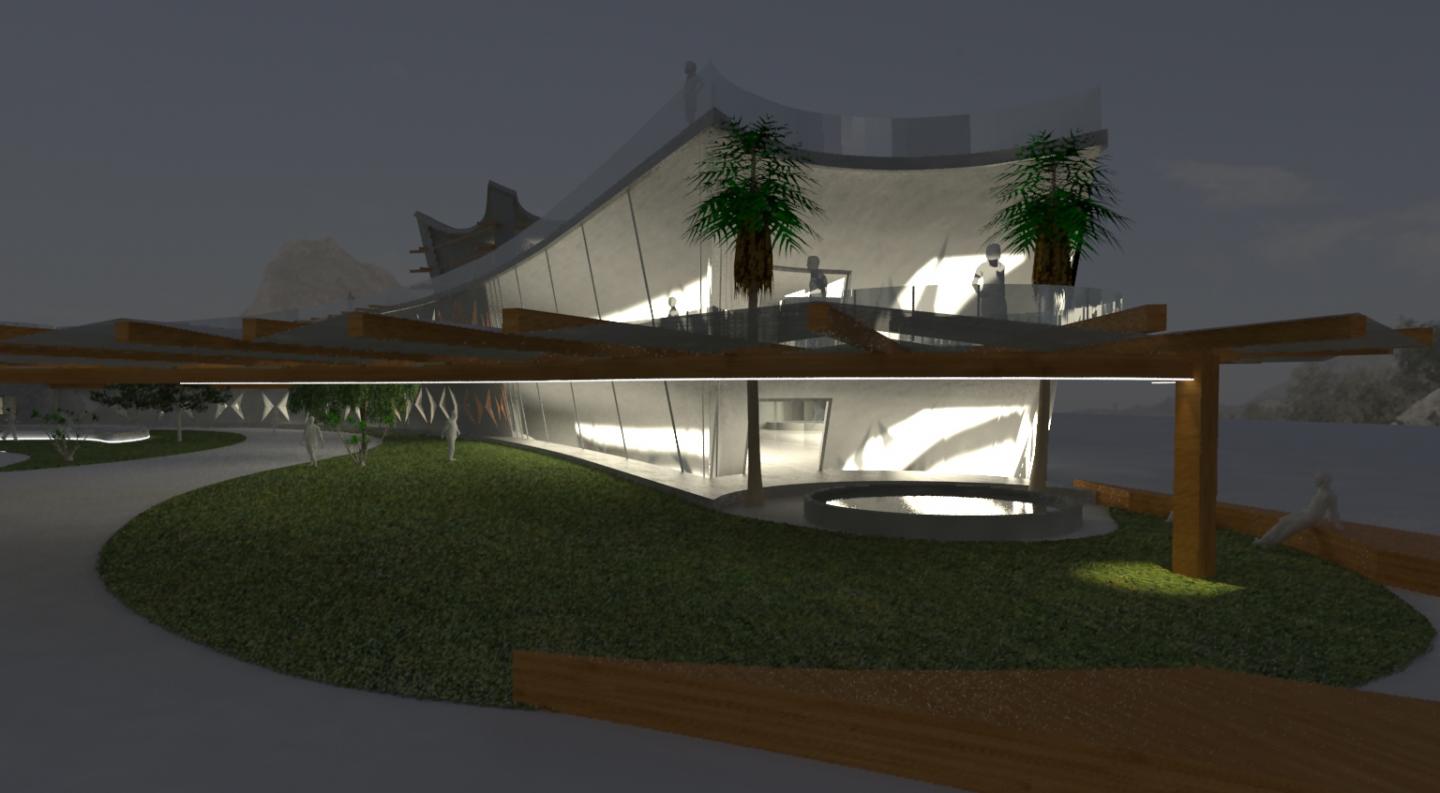 The aim of this project focus on sustainable issue for cooling system inside the building by using of natural element such as wind and water and greenery courtyard further more consider of sun radiation which caused hitting and the form of the structure regarding to inclination of sun direction in order to protect interior of building from direct sun .

In this regard design of the building follow the function and it contain to 5 Parts
1- The shape of structure which comes from all progressive diagram consequence to U shape structure which is best solution to have maximum wind suction .

2- Wind catcher : the head size of wind catcher which is divided to 4 entrance calculated regarding to the wind direction and wind suction ,The U shape structure and revise inclination of the wind catcher from the highest part to the ground has aerodynamic shape to have maximum wind suction .

3- By putting pool at the wind direction on the middle of courtyard and next to the wind catcher on ground floor and first floor and also at the north entrance provide cool wind circulation among inside and outside of structure .

4-The revise inclination on the surface of building from north part gradually become perpendicular on the west part of building which is design regarding to the sun direction.

5- The greenery facade on the north to west follow the same concept which gradually the wide of greenery become narrow this design regarding to refraction of sun radiation from greenery to the face of building during a day.

Fly Wind by Mohammad Reza Khakpour in Iran won the WA Award Cycle 12. Please find below the WA Award poster for this project. 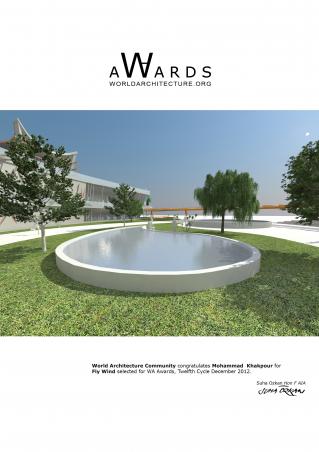