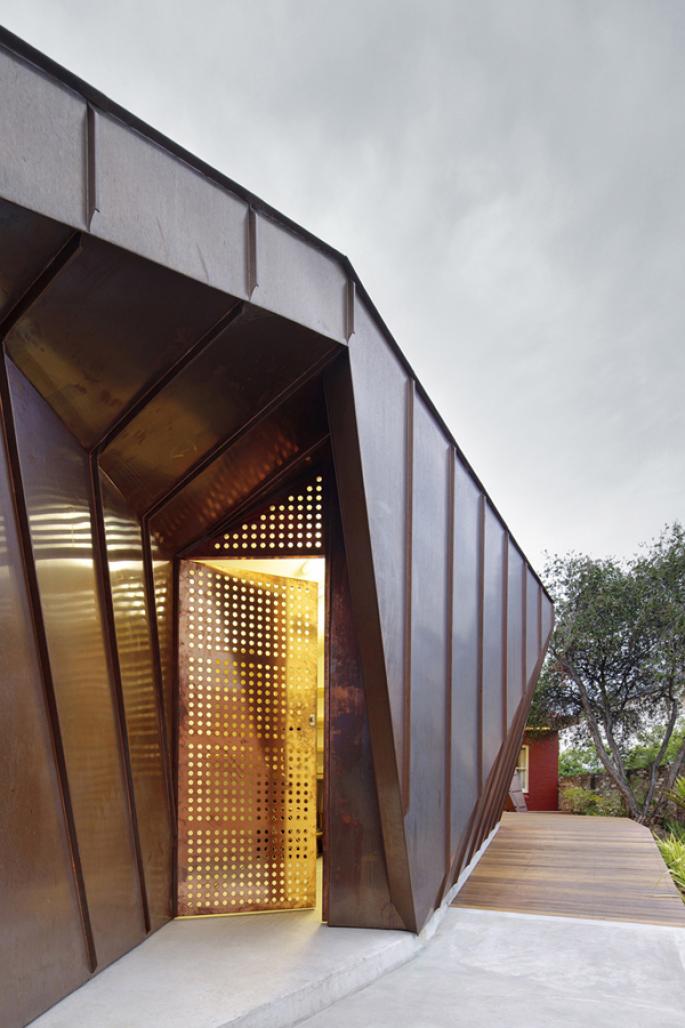 In the context of the heritage area in and around Balmain this extension to a small cottage demanded careful consideration of the philosophy behind the new intervention. Analysis of traditional built forms, usage patterns and development codes led to a strategy of providing a contemporary interpretation of the ever-decreasing volumes often evident in ad hoc additions of kitchens, laundries and outside toilets that were often made to these original structures.

Moving away from traditional usage patterns, the public penetration of the private realm has progressed from the compartmentalised formal front rooms to the more relaxed and inclusive realm at the back of the property. The area closest to the entry now becomes the bedroom precinct and the back is a fragmented indoor/outdoor public space bounded by the allotment fencing. Access is via a central corridor that extends through the house right back to the rear gate.

With local design guidelines requiring pitched roof forms the new architecture grew out of the recognizable triangular shapes traditionally associated with hipped roofs. The building also acts as a protective screen creating a privacy hood blocking the views into the garden from the neighbouring house. As the scale and dimension of the addition reduces towards the back gate the external landscape is amplified and spliced into the informal semi-internal spaces.

The folding forms create a canopy that provides shading in summer and allows the northern sun to penetrate into the space for passive heating in winter. The addition breathes new life into old under-used home with 95% of the existing building fabric retained. The roof design increases the rainwater harvesting capacity and the skylights foster a reliance on natural daylighting. The spaces are naturally ventilated and the roof has high performance insulation to minimise heat gain. The landscape concept includes a deck area and large native garden eliminating the need for lawn.