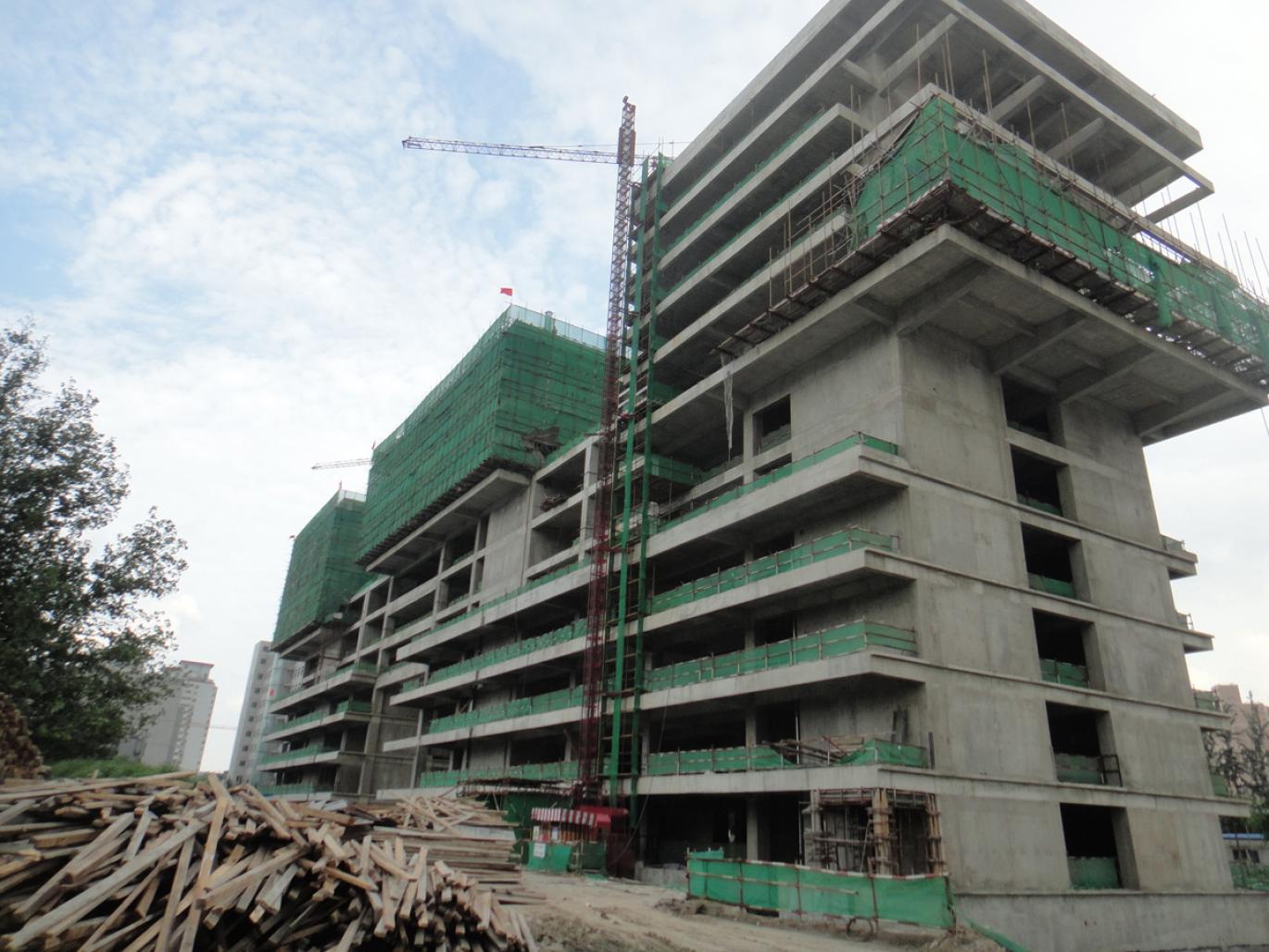 The campus of united (union) university is located at the northeast of Beijing’s 4’Th Ring road, near the centre axis of city. After the construction period across 1970’s – 2000’s and a merging with Beijing tourism college in 2010, the campus lead to open space’s sprawl and the buildings have totally difference.

Just as its name implies, Beijing union (united) university doesn’t existed in one single site, but composed by 15 distributed colleges spread all over the Beijing city. The union university is well-known for its realistic flexibility – developed its education networks that can adapted to its site’s constraints in the city instead of those centralized campus with a center of overpowering political - ceremonial squares that often be kept up with the Joneses by the most famous universities.

The last big reserved education site in Beijing city; school’s ambition; limited budget; based on these situations, we designed a neat and simple education complex that can provide the maximum park-covered public spaces for the campus and accommodate the needs of program while according to the constraints of the site. The programs of the building include three colleges, teaching rooms for public courses, laboratories and an activity center. All academic programs are arranged in a simple “L” shape stacking with 9.9 meter structural grid that is the best fitting to its program.

As the optimization of campus space, we conceived a vertical continuous public space system --- a full-height, semi-opened atrium --- so that can makes up the green square that the building takes, connects up all academic programs at each floor and campus green field outside, gap air gardens and overhead shelter of the building puncture the bulk, make the campus connects to the city.

The building shows a clear correlativity of compose, people’s activities will be the most living elements, makes dynamical elevations that can evoke an intimate dialogue with landscape and its surrounding.

At the plaza in front of the building, a series of rectangle gardens link the dispersion of 2.5 meters that between the building and the campus main road. The scale of gardens are corresponding to campus’ existent, create a contextual continuation in landscape, maintained a delicate dynamic equilibriums in public sphere.

At the new core area of Beijing, the new complex building will displays the ambition and imagination of university. One of the largest campus parks in Beijing’s downtown will become the most important symbol of the union (united) university --- whichever at the view from campus or city.