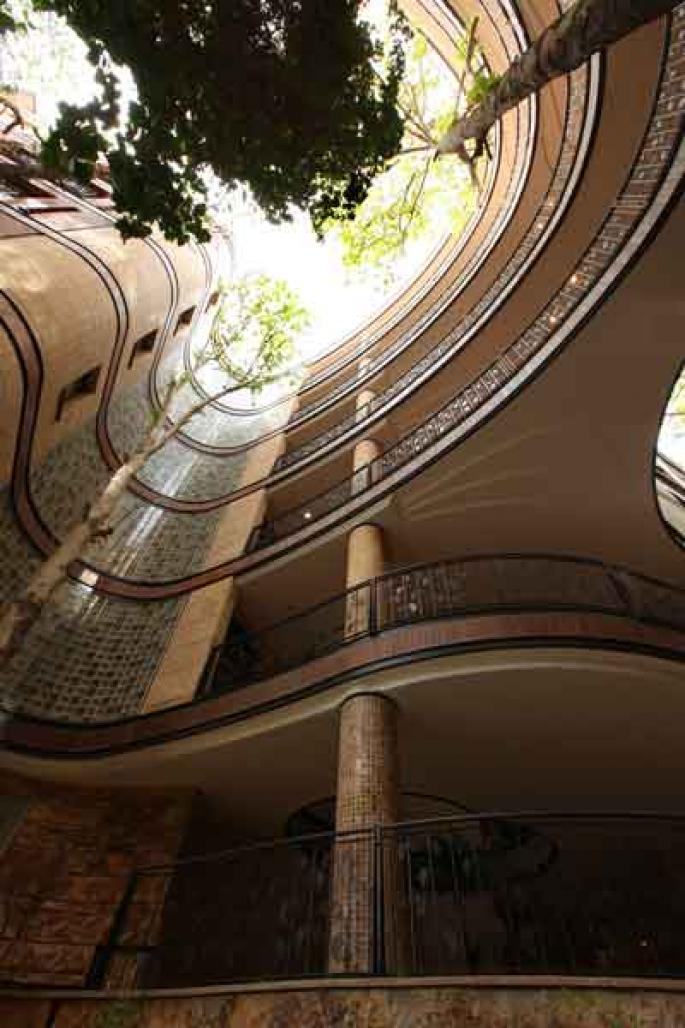 Niavaran Residential Complex is located in Tehrans Shemiran area. Shemiran, being spread along Alborz Mountains slope, used to be a summer resort of Tehran until 40 years ago due to its numerous gardens. Presently, still a good number of old trees exist in Shemiran area. The parcel of land allocated to this project accommodates a number of these old trees too, whose conservation has been considered as the first priority in designing this complex.
The preliminary design concept based on including the existing old trees in the building site and considering the main axis of the inner trees, the building mass was divided into 2 main sections. The green area alongside this axis has also affected the formation of the side kernel of the building mass and the overall shape of the building.

The project, having 30 residential apartments from 80 to 300 square meters, has been designed in 5 levels, each accommodating 6 flats, and 3 lower floors for common facilities.
The ground floor has been allocated to the entrance lobby, building managers office, ceremonies and gatherings hall. The first basement is mainly for a parking lot and store rooms, while the second basement, in addition to a parking lot, includes central heating room, swimming pool, Spa and the gym.