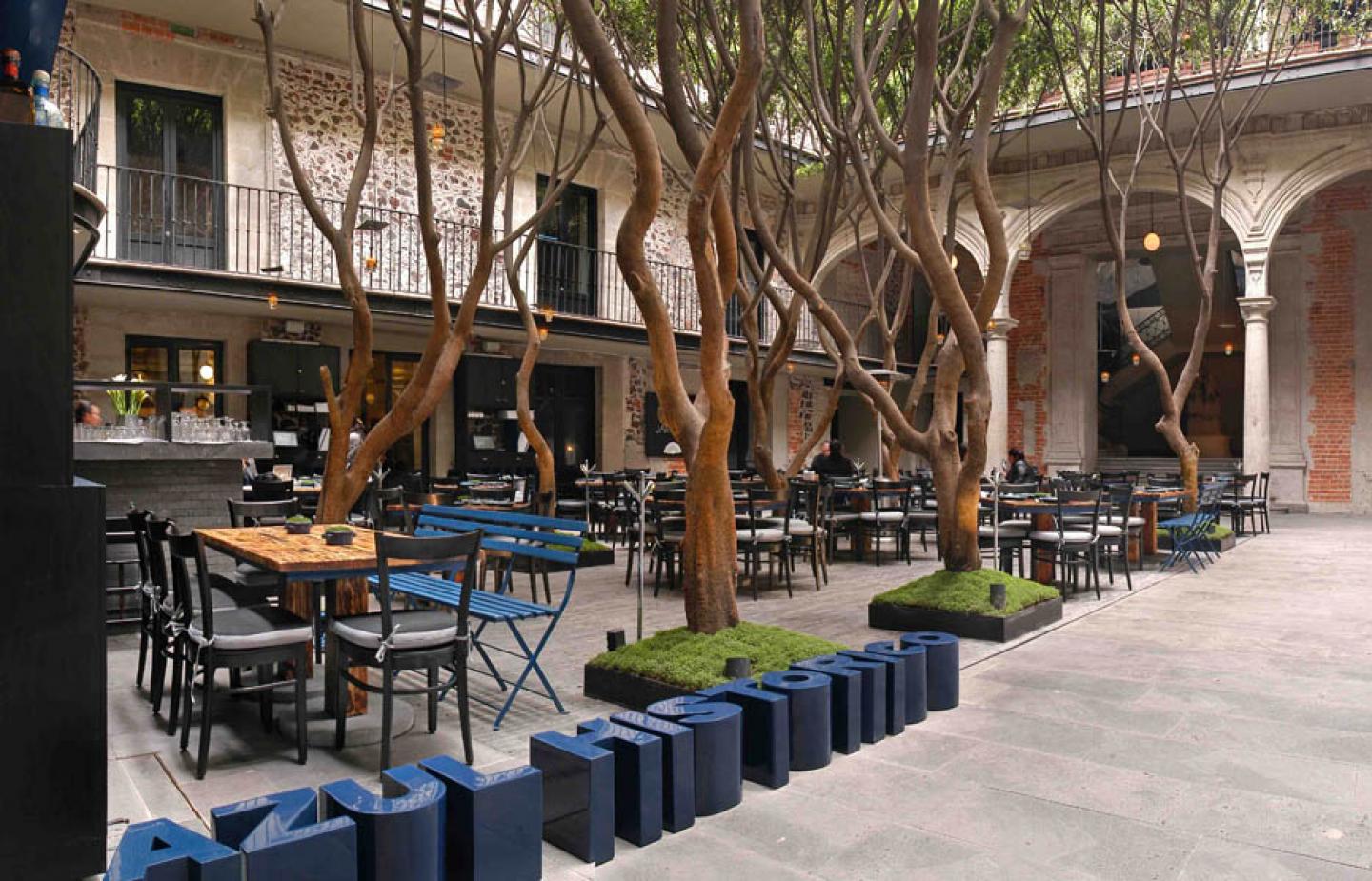 For the development of the proposed architectural and interior space, its owner, the famed restaurateur Gonzalo Serrano was supported by the expertise of architects Juan Pablo Serrano – Serrano Monjaraz Arquitectos – and Elías Kababie – Kababie Arquitectos - Gonzalos experience in operating successful restaurants in Mexico City found in the ideas of Pablo and Elias a new proposal for a space that promises to be the new reference to the historical center of Mexico City.

In some of the tables can be read the names of nearby streets, area maps, characters and dates related to the historical center. The bath used large copper pots and sink as a tribute to the Mexican cuisine. To give an industrial touch, burned-out bulbs were placed on a grid on the ceiling to inspire the visitors on the importance of reusing materials that have already completed an application and may have a new life using the imagination.