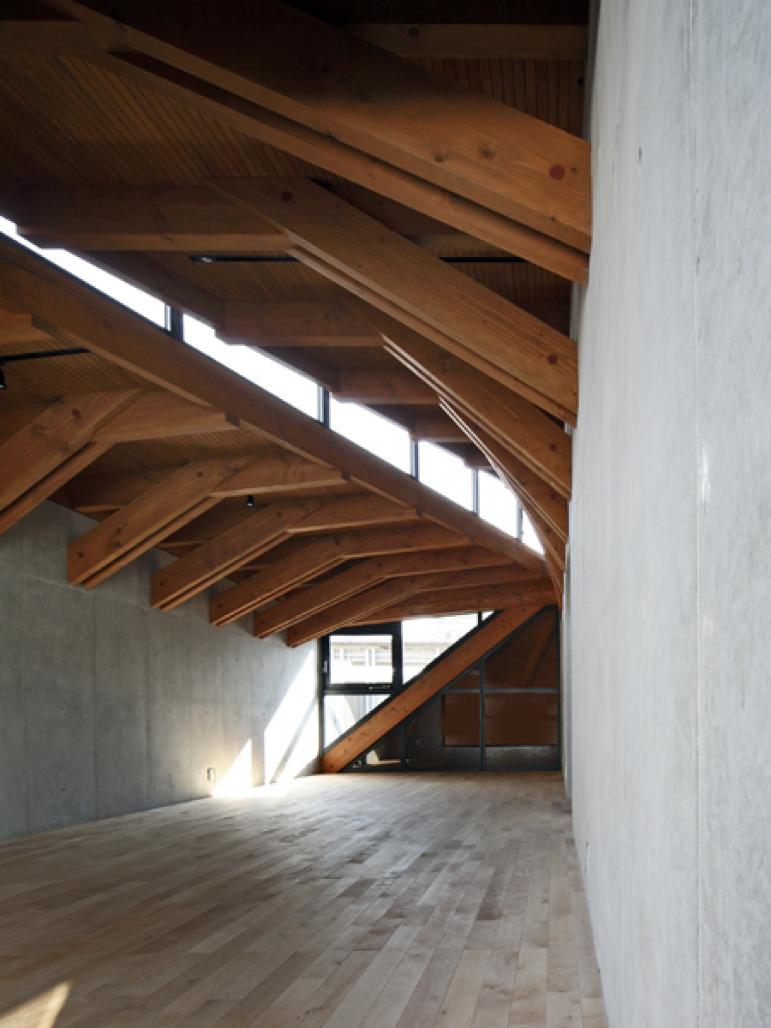 How can the building not only have tolerance to permit social change in longtime span
and dairy change but also have strength to support permanence.
Building are used for a longtime is many kinds of different dimension lie on top of another like collage, and most important thing is to exist skeleton that don’t have
relation to the change for a longtime, like roof truss of a Japanese old private houses.
So I tried to design to use enlarge system though it is new build.
How can I design if enlarge wooden part in the R.C skeleton?
I thought if I can designed on many kinds of dimension lie on top of another not one way approach, get gap to the design have inevitable binding power, and that can have tolerance to permit a change.
The site located in North part is shopping district and South part is platform of Hankyu railway station is ?L?shape site.
I planed R.C structure to the shopping district side, and in the south window side construct a diagonal beam and the inner part of ?L?shape site is wooden like it is enlarged.
The space made dramatic parallel situation of inside and outside.
Wood frame, Scene of platform that run away train, Activity of store and café, Scene of shopping district and street, Sunlight, various elements are taken in the space like lie on top of another.
I think this large change each other have more big tolerance to permit a change that dairy and function of building.
The other, wooden roof truss exist different dimension situation from that change.
The roof truss exist separate from human action area and don’t change, and make continuity to second floor roof truss of tenant space.
The second floor tenant space is very changeable space and it is difficult to image to be used.
I think this roof truss become a strong symbol frame that have tolerance to permit a change and don’t lost existence of Architecture.