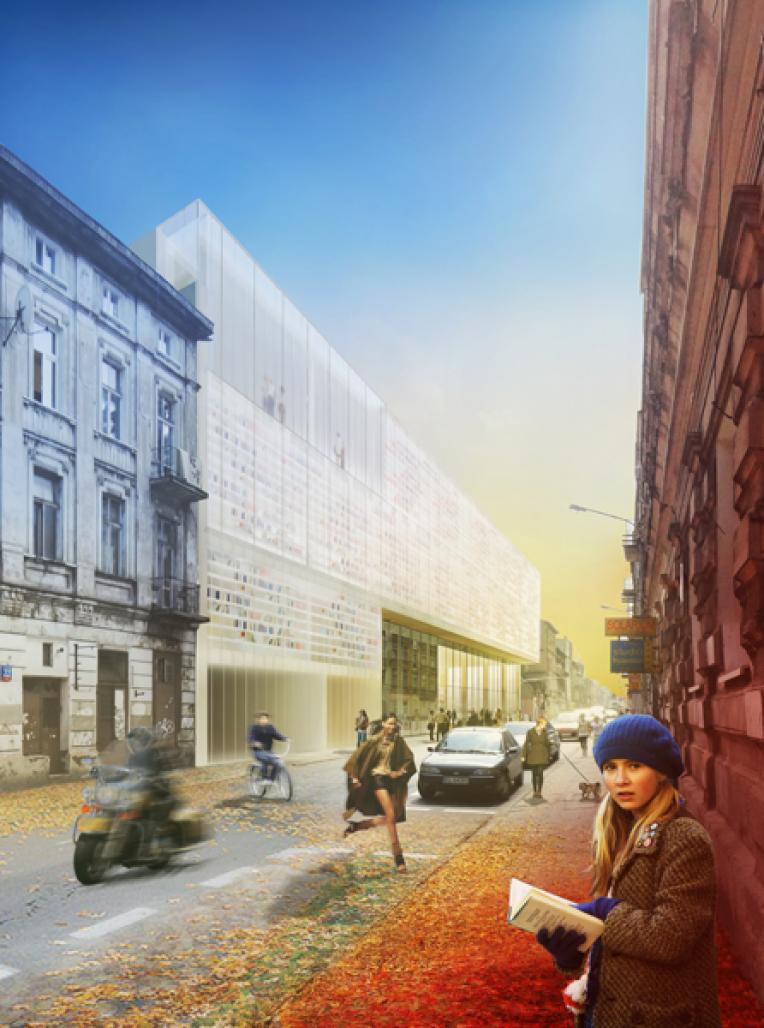 Chosen location is placed on the corner site, near two really important places – Piotrkowska Street and Liberty Square - called “The Heart of Lódz”. This choice was not accidental – when one wants to design important building which could be recognizable, increasing prestige or take part in artistic and cultural events, it is recommended to locate it next to important objects and places.
During working with library’s functional scheme, I wanted to gain two seemingly opposite effects. First was to separate and organize two main parts: library and mediatheque. Second was to make effect of fluid space where functions can surpass each other. Solution of such integrated space is to divide two main sections in two wings which are connected by many ramps. As a result, we have library and mediatheque located in easy-to-read order and also integration, where those departments comes slightly from one to another.
One of the main concepts for my library is connected with tree houses. I guess everyone, while thinking about tree houses, can easily imagine safe place where one can spend spare time away from all the world. This atmosphere reminded me of reading-room so I decided to use it by making a metaphor. As a result, I designed small cubes, hanging in the atrium. Those boxes are separated single reading-rooms where person can close and read without any disturbing. In the same way, the central atrium became the heart of my building.
To show building’s function from outside, I decided to design bookshelves, which are wrapping library’s façade. Their shape, together with volume of the building, looks like a big book where shelves became separate pages. Because of the damaging effect of solar radiation, I designed double façade, made from polycarbonate (outside layer) and glass with UV filter (inside layer).