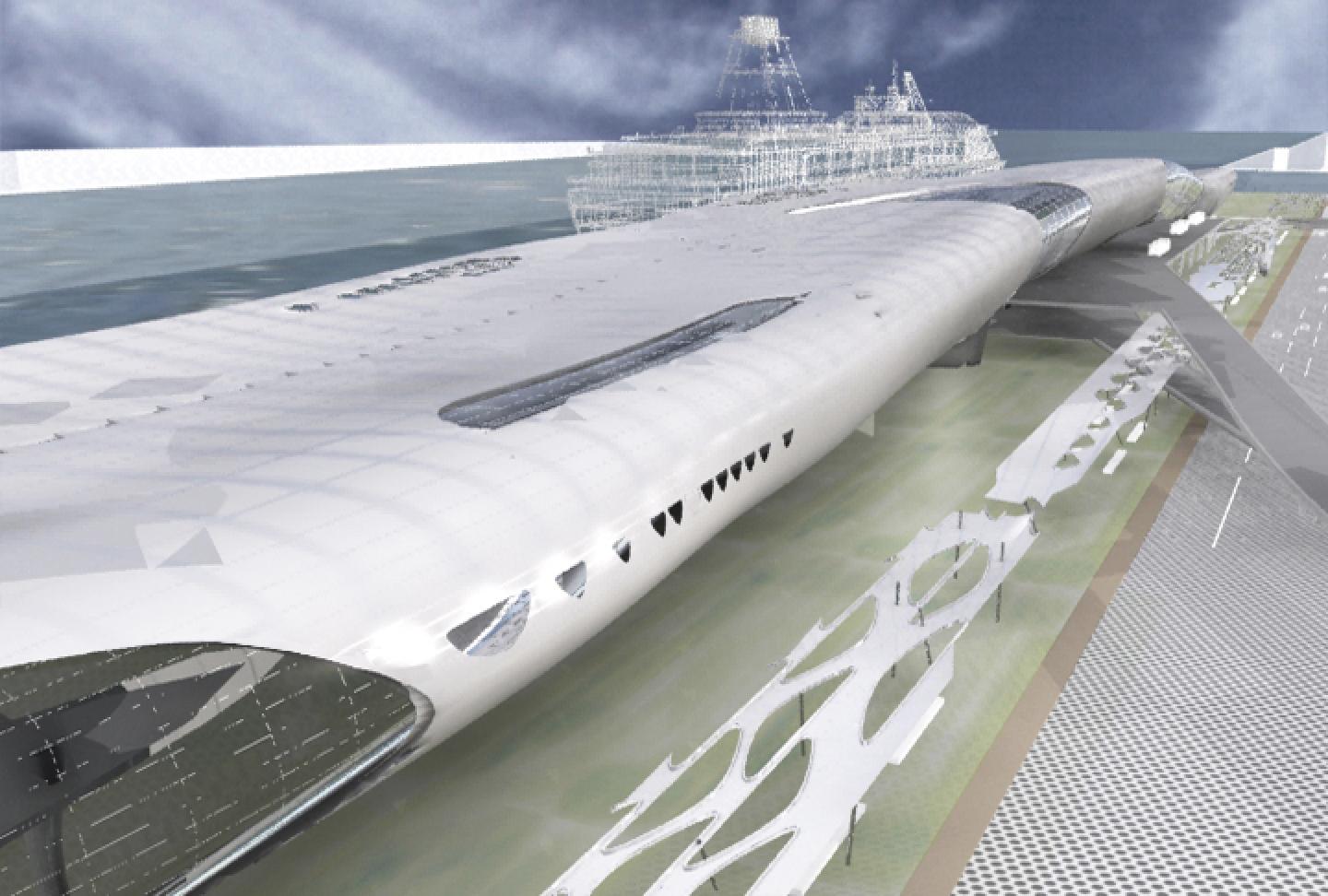 Architecture as an expression of changing times
Kaohsiung city is a port and, as many other ports is in a situation of changing.
The reasons of this changing have been very well analysed by many.. factories that move their production somewhere else. the decreasing of the traffic on the sea.. and many others depending on the particular locations.
New York and London already provided, at least partially, to reconvert the unused piers or the part of the city close to the sea or the river previously dedicated to the maritime traffic to other destinations and a different life.
The case of Kaohsiung is somehow similar, but there is a difference in the conception of the changing and the strategy related.
Many cities just dismissed their piers and their warfs because they were useless and decided to dedicate these part of the city to new and different destinations.
This strategy is definitely necessary in some case, but in some other way is depriving the city of its own nature and original vocation.
This could be a step for a better future of sea cities, but to think at New York or some other place with a similar destiny, could be a little bit sad.

The case of Kaohsiung is different.
It is obvious that a big transformation is going on in the area of the harbour and is obvious also that we are witnessing at a considerable reduction of the activities strictly related with the sea.
New projects are going to be developed and built in the harbour area and the panorama will be really different in few years.
But Kaohsiung looks to have an idea, even and especially through this project, that is not the idea of the dismission and even if the intent is to change a part of the city, the spirit looks to be to not upset the situation.

That’s way a project for a ferry terminal, intended in a contemporary way, that can improve and increase the traffic on the sea and the quality of the traffic itself.

But considering that this zone needs to be revitalized in consideration of the facts exposed previously, the terminal is not only a place where people arrive or leave, but is a place where different activity will convert and a place open to the rest of the city as well to the world.
To make this real a functional re-organization has to be provided first and a different state of mind has to be the engine of the transformation.

Quality architecture is a media to develop and condense this new variety of horizon in a contemporary panorama.
In consideration of the fact that Kaohsiung is developing the transformation of its port in a logical ambitious way, even the architecture expressing this attitude should be ambitious.
A project for a ferry terminal that has to be a new part of the city, enter in contact with it, improve the maritime traffic and attract new visitors and local people, should be an expression of these intention and in an expressive way.
Should be a place where the city and its people recognize itself and where the visitors enter a new exiting environment.
For these reasons, especially today, airports, stations and ferry terminal become very particular places and in many cases architecture emphasize the importance of the statement that a building like this should state.

That’s way we want to propose, according with the guidelines and the budget, a project that is ambitious, unique and related both to the particularity of the place and the vocation to be an international attraction and a built symbol of quality and culture.

The wave
The idea we developed through our project respects what has been said till now.
We want to build a unique building who respects the local nature of the site and express the ambition of a real changing.

According to the first topic, we wanted to be related to the city and the site.
We thought at the sea as a natural and instinctive relation between the city the nature an the theme of the project.
But the sea is mostly flat and doesn’t fit with an idea of construction,
We thought at a wave.
A wave is dynamic, expresses the idea of a continuous exchange of forces, is structural following precise rules, create space and is beautiful.
The shape of a wave looked to us perfectly fitting our desire of combine in a gentle but strong way, the city, the sea, the local and the far away, the people and the visitors.

We started from the idea of the wave to invent a form as dynamic and expressive as we could but adapting the created shape to the spaces required for the ferry terminal and the related activities.
A wave is strong but also spectacular, dramatic, but beautiful.
The form of a wave is sharp, precise, the surface of a wave is smooth and perfect.
We thought at a wave going to the sea, not coming from it, as an abstract interpretation of the phenomena, as a “conversation” with the sea,
Our wave wants to be attractive and somehow establish a a relationship of equality with the sea.

We liked the geometry of the way, precise, but always changing, never predictable, complex but harmonic, fluid but structural and strong.

We liked also the surfaces of a wave, smooth, shining and reflecting.

We intended the space of the terminal and the offices (and the other activities provided in the future for the area close to the project area, area B and C) as unified by the structure of a long wave.
This allows to create a continuous space that could be closed and open, covered in many points and open in others, connected, but possibly separated.
The wave partially covers and organizes a linear strip with various activities not necessary related to the terminal and a long green space intersecting in many ways these activities.
The space created under the wave is free of obstacles as much as possible and connects the different activities in a fluid and harmonic way.
The form is fluid itself, curving from the city to the sea.
From the city will present itself as a strong curve to enter in, from the sea a surface, smooth and elegant, reflecting in the sun.
As a wave, even our form will be unpredictable, complex but not complicated, harmonic and integrated with it own life, the city and the sea.

The structure sustaining the wave will follow the shape of the wave itself.
The metal trusses will part of a double structural net connected in order to gain strength and stability.
Reticular pillars connect with the double net where the load of the curve is more present and release the loads on the sole.

A light skin of metal panels wraps the whole structure; holes are provided where more light is needed and glass panels close the building, if is necessary to have a covered area.

The separated areas, terminal, offices ( and the other areas to be built in the future… services, bars, stores..) are enclosed by glasses and oscurated by curtains.
The façade on the south of the building is provided by changing inclination strips of solar panels, acting also as brise soleil (see detail).