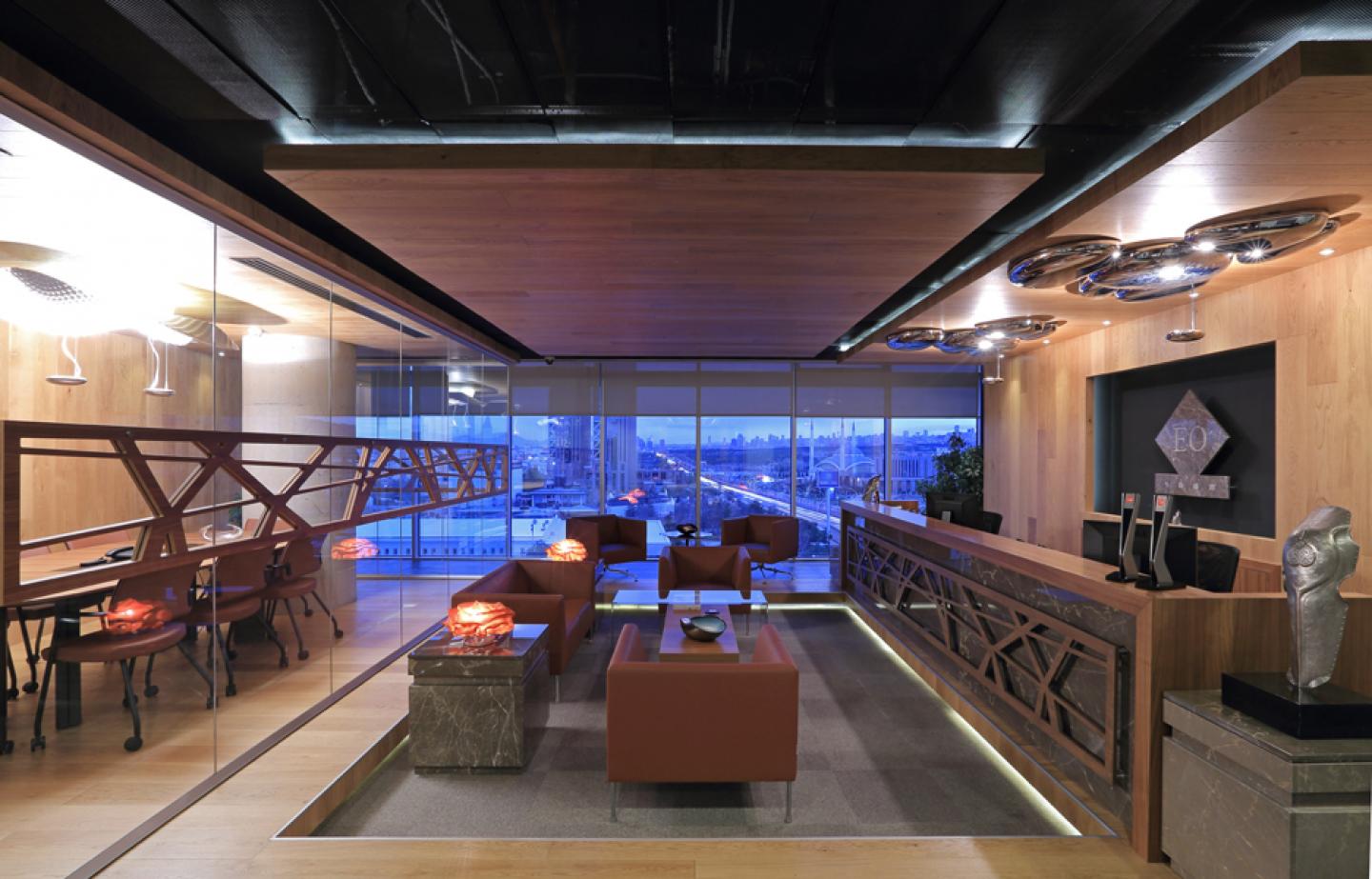 Ertunç Özcan Inc. Head Office which represents a timeless and prestigious style is built based on the infrastructure provided by the existing building. Specific elements deriving from the static structure of the building have been reflected to interior decoration design. Elements of gross concrete and mechanical system have been used as a part of the venue. Keeping corrosion level of working spaces in time at the minimum and providing the comfort of employees are considered as the fundamental objective.

Private office sections of managerial staff have been designed tailor-made. Since the company is a family corporation, according to special expectations and as a result of a dainty work, a special office space where three siblings would work in the same place have been created.

For selection of the colors used in interior design, a construction has been formed based on the harmony between the tones. As to illumination design, the light has been specified as one of the starting points. In order to enhance space perception for the planning of private rooms, geometrical shaped details have been used in timber ceilings, carpets etc. for intervening the mechanical system, metallic ceiling floor has been used in ceiling sections of circulation areas. As to private room sections, circular wavy illumination and square comb metallic ceiling floor application which will enhance the impact of the design have been preferred.

Derer Omay Design & Construction, who believes that works of art in the venue should be treated distinctively, carried out a collaborative work with artist Nazlı Manyas for visual works used in Ertunç Özcan Inc. Executive Office. The technique used by Nazlı Manyas and the style of the venue have been coincided and thus the cool elegancy of the design has been revealed.

On the other hand, in the business world where efficient use of all types of energy source gained importance, the energy has become an indispensable part of office design. Material choices towards interior design, energy-smart illumination elements, illumination automation and building automation have all been furnished based on this concept.