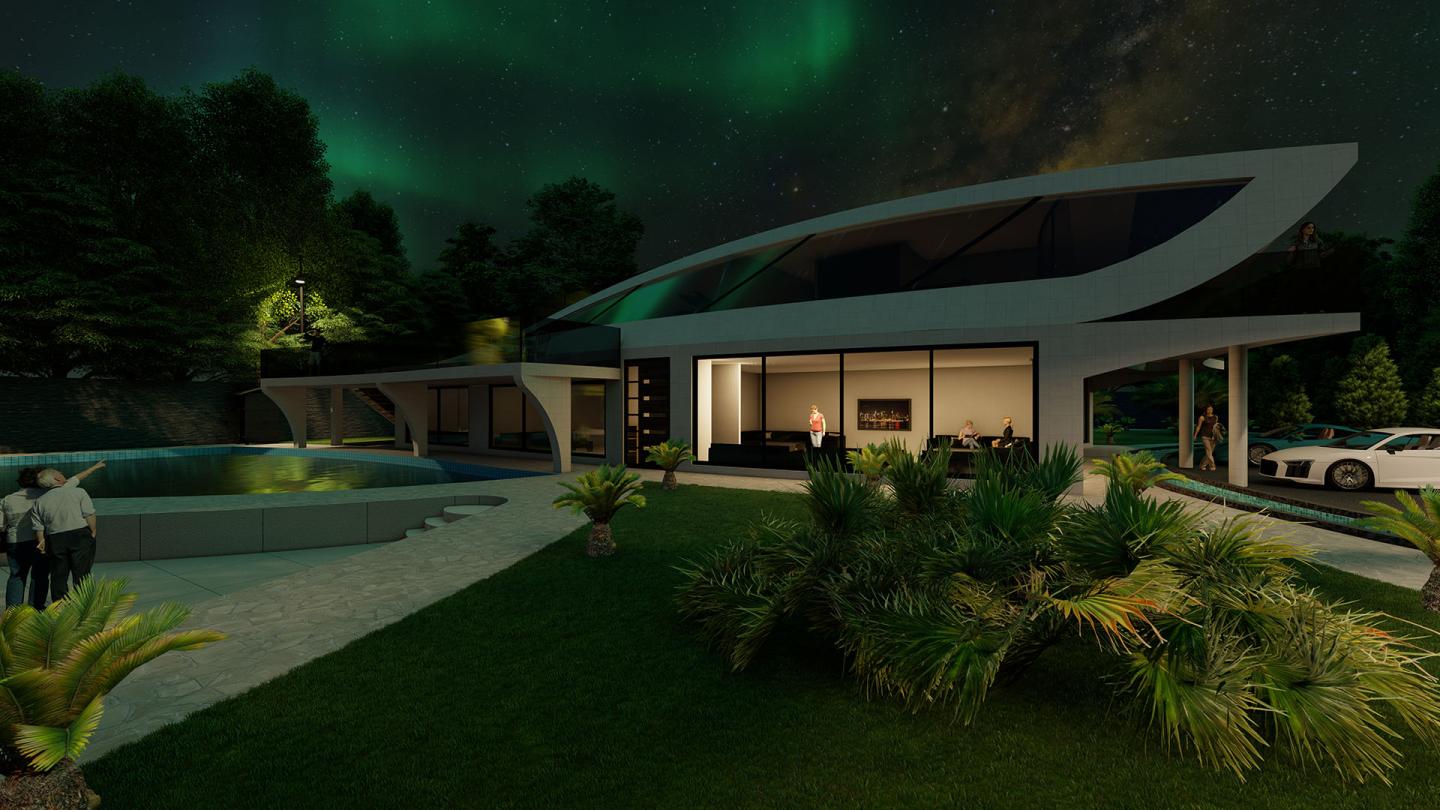 Paradise Villa is a modern Charbagh.

The paradise garden is a form of garden of Old Iranian origin, specifically Achaemenid which is formal, symmetrical and most often, enclosed. The most traditional form is a rectangular garden split into four quarters with a pond in the center, a four-fold design called chahar bagh (“four gardens”). One of the most important elements of paradise gardens is water with ponds, canals, rills, and fountains all being common features. Scent is an essential element with fruit-bearing trees and flowers selected for their fragrance.

From the time of the Achaemenid Empire, the idea of an earthly paradise spread through Persian literature and example to other cultures, both the Hellenistic gardens of the Seleucid Empire and the Ptolemies in Alexandria. The Avestan word pairidaēza-, Old Persian *paridaida-, Median *paridaiza- (walled-around, i.e., a walled garden), was borrowed into Akkadian, and then into Greek Ancient Greek: παράδεισος, romanized: parádeisos, then rendered into the Latin paradīsus, and from there entered into European languages, e.g., French paradis, German Paradies, and English paradise...