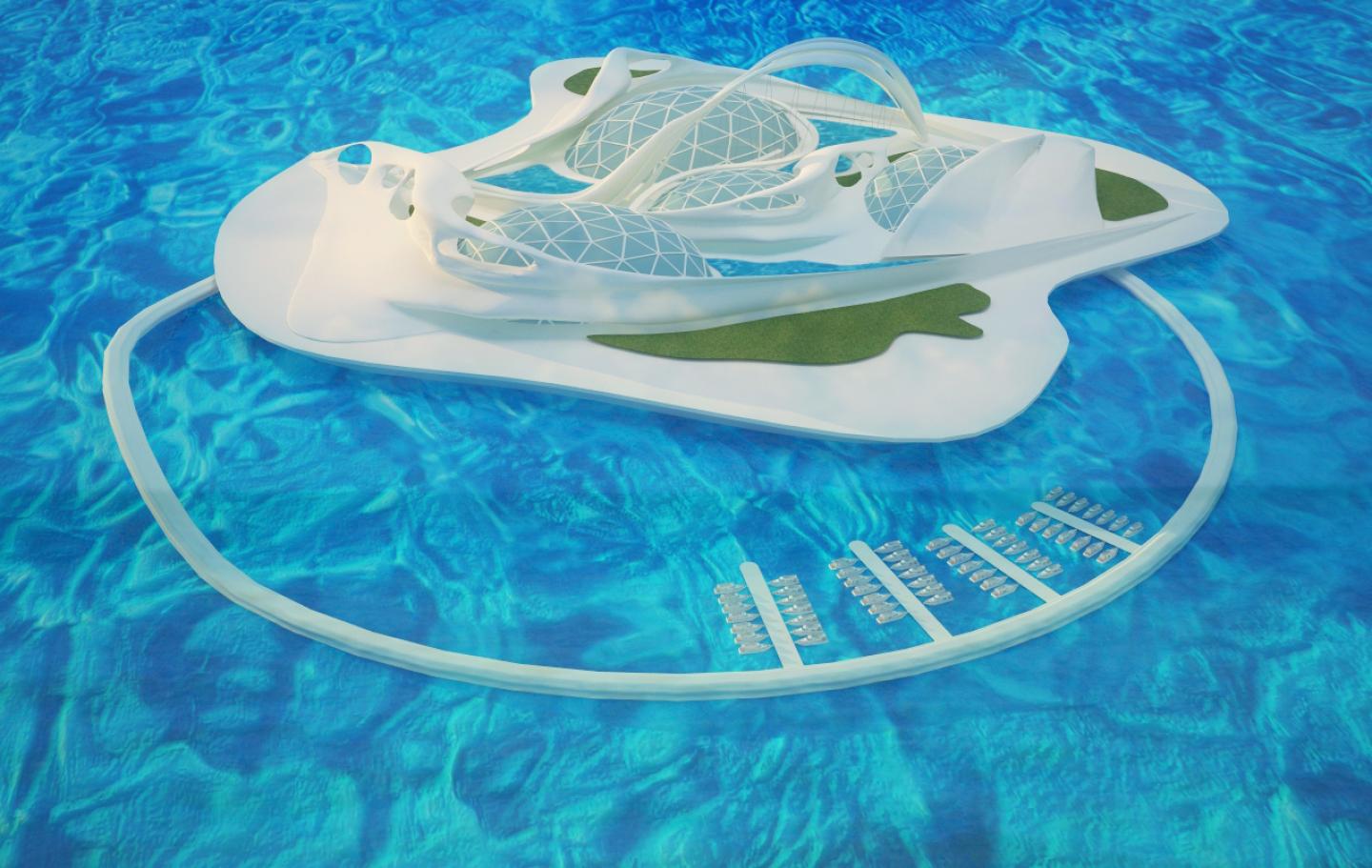 «Dolphins are animals of good omen».
«Dolphin Island» Arthur C. Clarke
Sea Center of dolphins’ and human evolution «Dolphin Island».
The purpose of creation the center – study on dolphins as the highly developed beings through the ways of communication and information transmittance between a dolphin and a person. The mission of the project implies promotion of mankind evolution and a human survival in progress.
Above all, dolphins – mammals who have developed their physical and mental abilities much stronger than a human. The origin of dolphins is unknown, however, still ancient Sumer manuscripts contain the description of amphibian people, and scientists claim that the dolphin and the person, at once, they had a general ancestor. Perhaps, closely communicating with dolphins, the person, unexpectedly can discover an alternative view on nature and environment how to learn to be happier and more independent. After that, design style is based on biological forms, on smooth surfaces, and fluid such as water. In fact it is a floating island with the relief imitation with mountains, hills and reservoirs in a miniature. But it is an Inhabited Island, with a modern stuffing, with modern level of service for entertainment, treatment and rest. Here everything will be voluntary, both for the person and for dolphins and even communication. In construction of the evolutionary center the new materials, in particular, pore-free Carbide-silicon ceramics will be applied. Silicon carbide – the two-phase constructional ceramic material received by method of reactionary agglomeration. The international designation of this subclass is– SiSiC. Almost nonshrinking and porous material. Thereafter, the evolutionary center will conduct complex researches on studying of dolphins and will create unique opportunities for communication and mutual understanding of the person and the dolphin. Children from the earliest age will be able to contact dolphins, swimming and communicating with them in entire environment. Since the program of the center arranges conditions for human and dolphin evolution, will open new abilities and opportunities for people. If 90% of information which we receive about the world, sight gives us, to a dolphin of 90% his hearing aid and its echolocation give such information.

SEA CENTER OF DOLPHIN AND HUMAN EVOLUTION by SVETLANA STARYGINA in Hong Kong won the WA Award Cycle 26. Please find below the WA Award poster for this project.