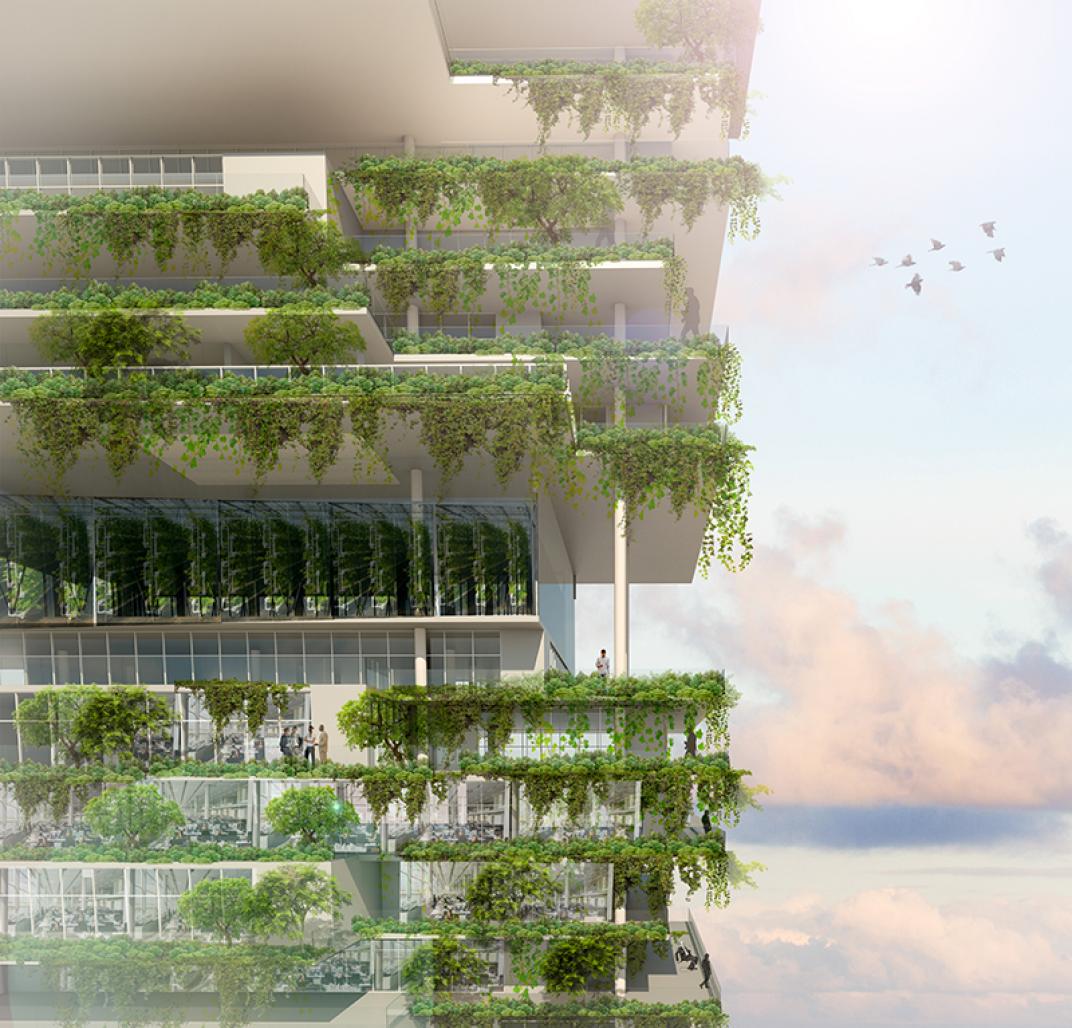 With the vast urban sprawl towards green areas and the rise of land prices in Amman , there have been a large change in climate as well as the conversion of agricultural land into buildable areas during the last 50 years , this lead to widening the void between the metropolitan Amman and nature . The project is set to tackle environmental issues that are present in the city and sustainable ways to overcome them in a new way by reducing the building footprint while still providing revenue, a better lifestyle and purifying air from dust , Co2 emissions and provide more clean air ,all while working as a living organism in the city`s fabric as a new "Lung".

The project which is a mixed-use tower consists of : hydroponic planting floors for residents to plant , a flower market , Retail shops and boulevard ,three module residential units , offices( both with plantable terraces ) , Infinity pool , roof garden and panoramic Restaurant .all to suit the context of the city and picked location .

The site was picked upon the Amman 2025 21st Master plan by the municipality of Amman Tower locations and by the study and comparison of the 3 locations it was found suitable to pick the site of Abdoun Corridor based on requirements of infrastructure and skyline of such a project.

Concept:
The architect when he attempts to design a tower he shows off and demonstrates his skill and abilities to design the formulation of the building form but thats not what this project is but it is the total opposite of that , its the exact contradiction of that , we want to expose greenery into the building where is the tower is the structure that provides support to the greenery and not the tower , the tower is the greenery and the tower is the visitor to the mass . where the core and main element of the building is nature , a tower of trees supported by columns , a hanging garden where the building provides support for this garden using defined and not defined elements with repetition such as in nature, the platform is a large place where a man finds himself shopping inside a forest
Mainly im not celebrating the tower im celebrating the greenary that divides and hosts the structure