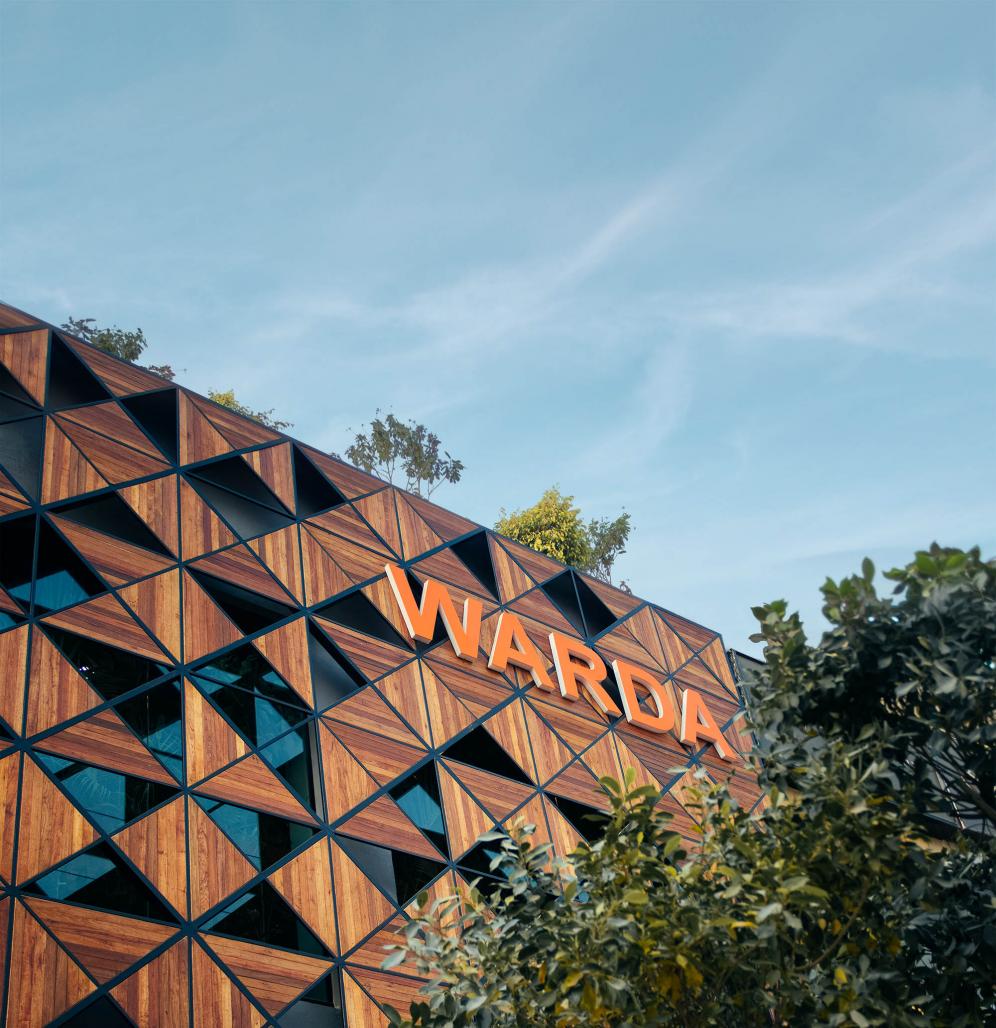 MSA collaborated with WARDA, a clothing brand, on designing their new stores, which are planned in various cities of Pakistan. Peshawar Flagship is the first in this series. Each flagship store is designed keeping in mind the idea that it will serve as a rejuvenating device for the brand. MSA has taken this collaboration as an opportunity to look closely at the retail culture of Pakistan in general and WARDA retail strategies in specific. These explorations helped in developing an overall thematic of the brand, where context becomes the central focus of the aesthetics of the flagships.
WARDA flagship in Peshawar is the very first project realized in this series of MSA-WARDA collaboration projects. It is a two-story flagship store with a covered area of 6,720 sqft. The layout of the store responds not only to the programmatic requirements of the project but also to the retail behavior of the costumers. The design is used as a device that helped with identifying and organizing what a brand can offer to its clients, not the other way round.
The aesthetics of the project is driven by the careful study of the history of the built heritage of the city. From the choice of the material to its craftsmanship, the project relied on the local resources at the same time the project is a dedication to the contemporary culture of the retail. MSA conducted a thorough research of the built heritage of the city Peshawar. The city has a long history of using brick as the main construction material (Bala Hisar brick fort) and wood as the main interior material. MSA has inverted this relationship by using wood as the main exterior material and brick as the main finishing material of the indoor walls. This shift of materials has given the flagship a unique aesthetic experience and still maintains the same old traditional material pallet. This front metal and wooden screen mitigates the solar gain and also helps control the natural light intake.
The wall behind the long cash counter is created in wood by employing a traditional technique of "Tarseem Bandi", where the geometric pattern is made in wooden pieces and the spaces in between the pattern lines are given unique colors. Tarseem Bandi is usually found on the ceilings of the traditional Havelis of the city.
Another important feature of the project is it's indoor and outdoor plantation. A large chunk of the indoor space is dedicated to the plantation in a jungle like an arrangement. In the same way, a tree is planted in front of the main door of the flagship that welcomes the costumers and participates in creating a distinctive sense of place. This tree grows with the store and both share a common history
The overall project heavily borrows its material and technical sensibilities from the building tradition of the city, Peshawar.

Crafting a Retail by METROPOLITAN STUDIO OF ARCHITECTURE (MSA) in Pakistan won the WA Award Cycle 28. Please find below the WA Award poster for this project.