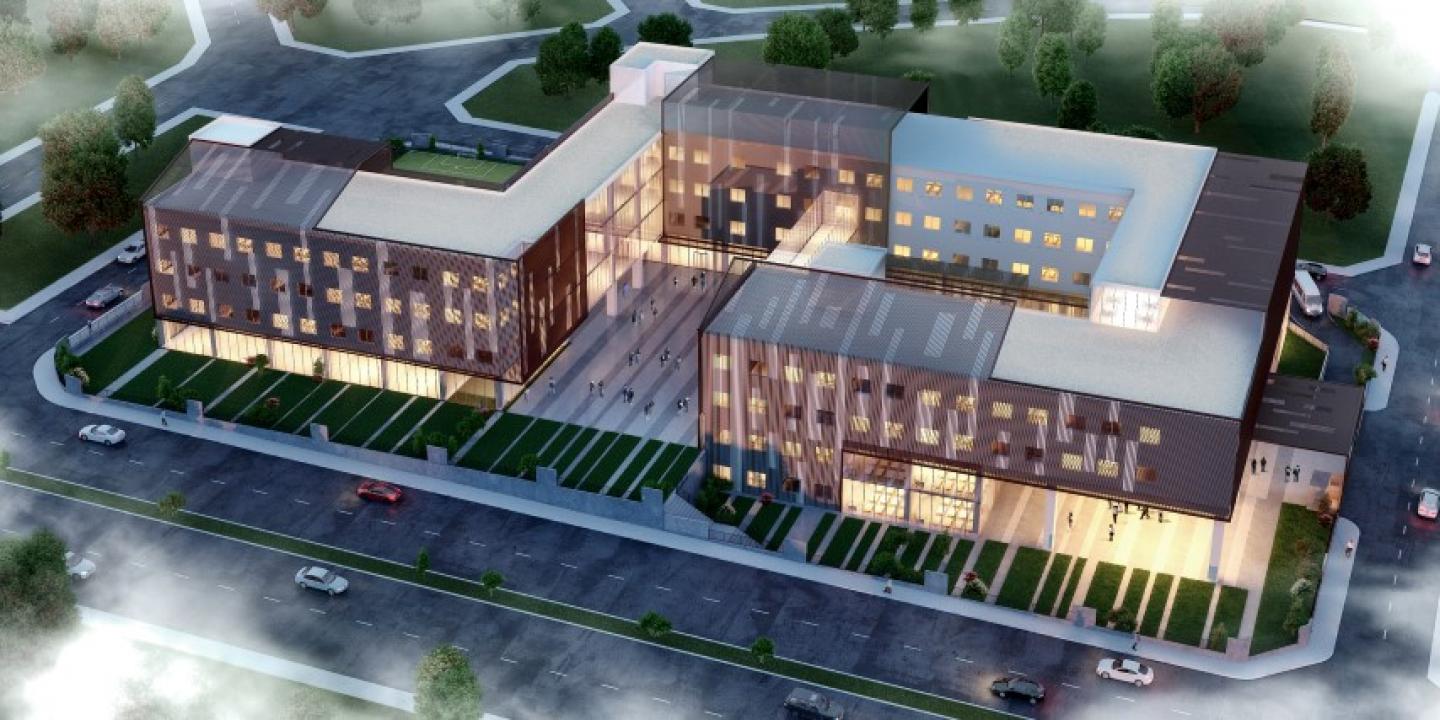 Locating in Urfa province and having an indoor area of 16.000 m2, the project has been designed to facilitate education up to university, from kindergarten to high school.

Block decisions have been made to provide separate interior circulation areas, entrances and courtyards for different education levels (high school, middle school, primary school, kindergarten). Integration of the blocks and balance have been considered while interpreting the multi-input requirement program. Blocks with different functions have been constructed by two blocks in "L" shape.

Regional climate data, terrace usage, and final impact factors have been considered while designing the façade of the construction.

The project locates in a region where the continental climate is dominant and has high temperatures. For this reason, the façade has been designed as a second shell to contribute to air conditioning. The placed shell functions as an insulation layer. First, the facades that are exposed to direct sunlight, eg. south, east-south-south, and west, have been covered. The plain approach preferred at the remaining façade surfaces emphasized the shell by creating the impression of window-wall.

The shell of the building continues in the areas with terraces and functions as a shading element. This continuity creates an identity to the shell and encourages the transformation of terraces into living spaces.
Much more natural impression has been ensured by preferring earth tones on the façade which has a strong impact with its form. By preferring white for the remaining surfaces, the effect of shell has been emphasized without exaggeration.

Interior decoration approach has been inspired by corporate color palette and the idea was to transform objects into spaces. The monolithic staircase on the lobby floor is not just a vertical circulation element, but also it supports many planned and unplanned social activities of the students. This approach is repeated throughout the project, such as 30m-long table in the cafeteria or a 50m2 wall reserved for students in the foyer area.