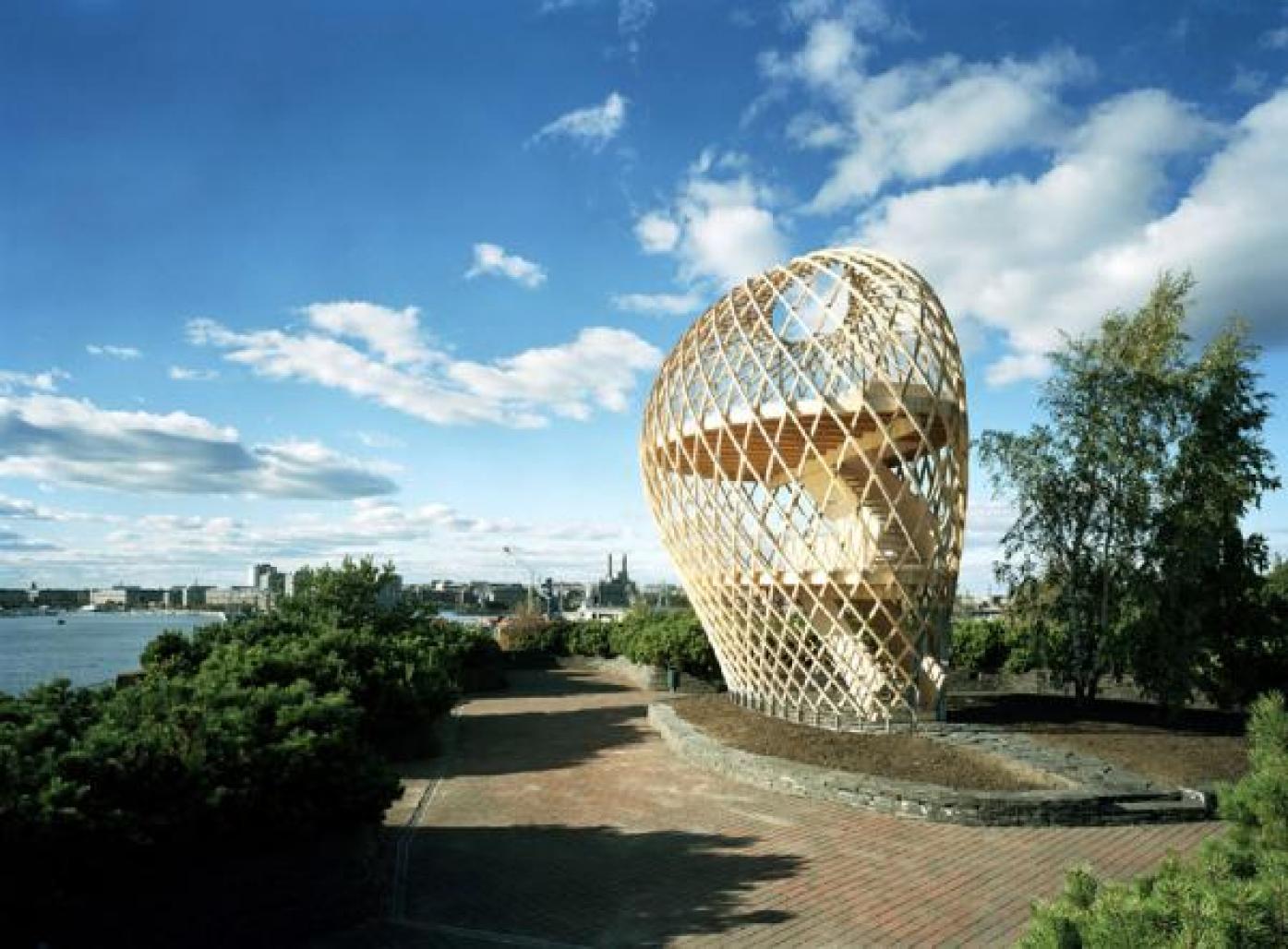 Situated on a cliff-top site eighteen metres above sea level, with spectacular views of the sea and the city of Helsinki, the ten-metre tower is a delicately transparent landmark for Korkeasaari Island. The free form is inspired by its natural setting: it follows the existing low stone wall and skirts around a small birch grove.
The load bearing gridshell structure consists of 72 gluelam battens, with timber sections of 60mmx60mm bent and twisted on site from seven preformed types. Over 600 bolted joints hold the shell structure together. The tower was a HUT Wood Studio project in 2000-2002 and Hara`s graduation project.