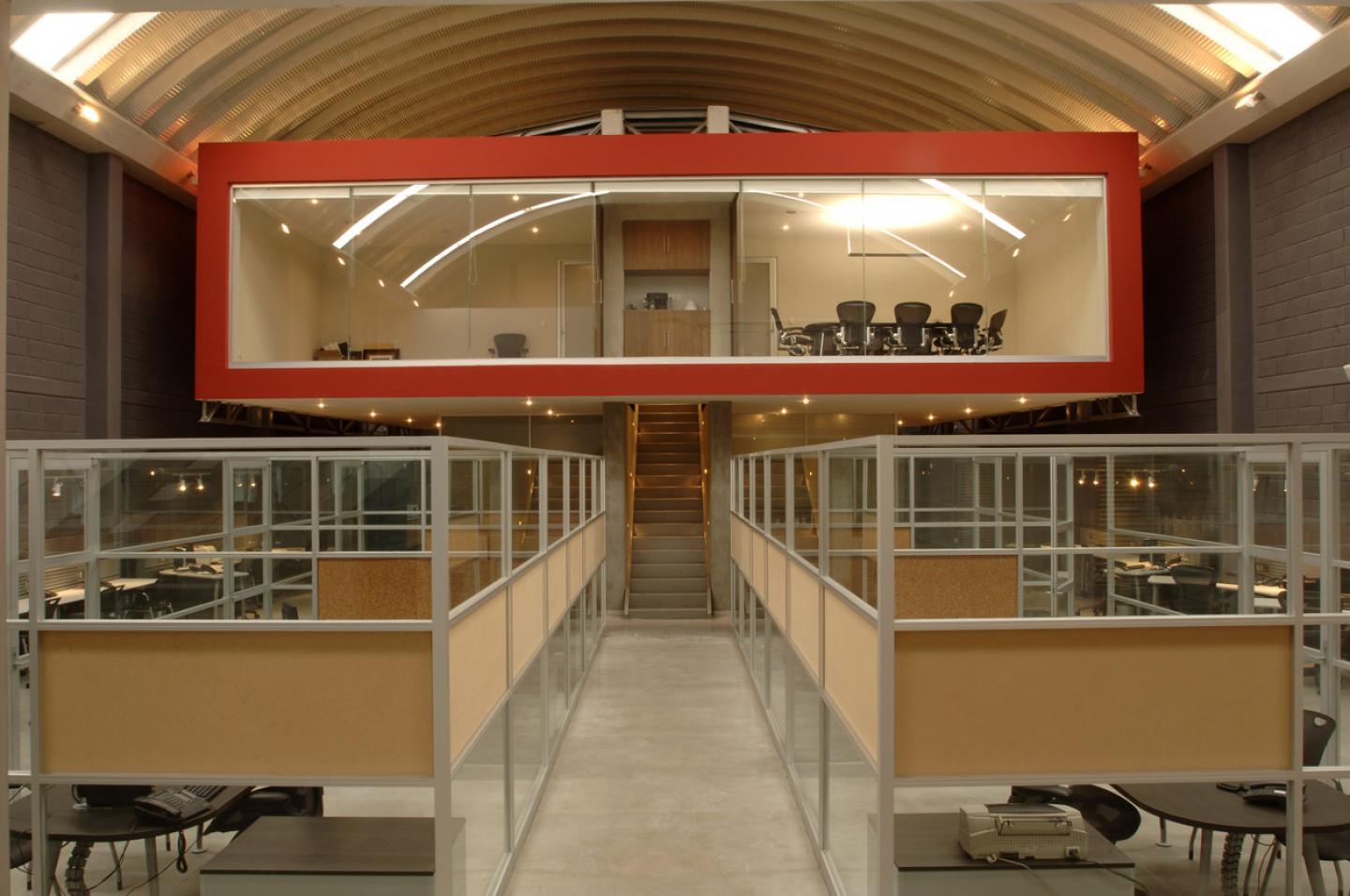 The general concept of this company dedicated to the manufacture of industrial tools, was under the same industrial character but with an avant-garde touch in finishes and design concepts. This is how a ship is formed with an arched ceiling in white sheet metal, and with apparent block walls with a translucent polycarbonate facade topped only with the company logo. The main idea was to rank the work areas through different bodies and zones, having a more direct interrelation between each of them.

Thus, on only two levels, the general work areas are on the ground floor and the executive area on the second level, where the latter takes on a more relevant character, being a cubic body almost suspended in the air, with overhangs of more than 5 meters. , and suspended by a structure on the roof. On the ground floor is the work patio with designer furniture on the perimeter walls, and towards the center and forming two glass blocks, the management offices delimiting a central corridor that leads to the rooms and executive offices.

Having only two structural support points and resolved in metal framework, the executive office block is located, in such a way that only two containing walls of a staircase that accesses the upper floor and protected by two sandblasted glass cubes that house a meeting room and a showroom.

Likewise, on the management floor there are a couple of offices with a terrace each and two meeting rooms with a view of the office patio. As a support area, there is a large deck in the back where the workers can relax during their lunch hour, with a kitchenette and tables with a wall trim covered with bamboo.