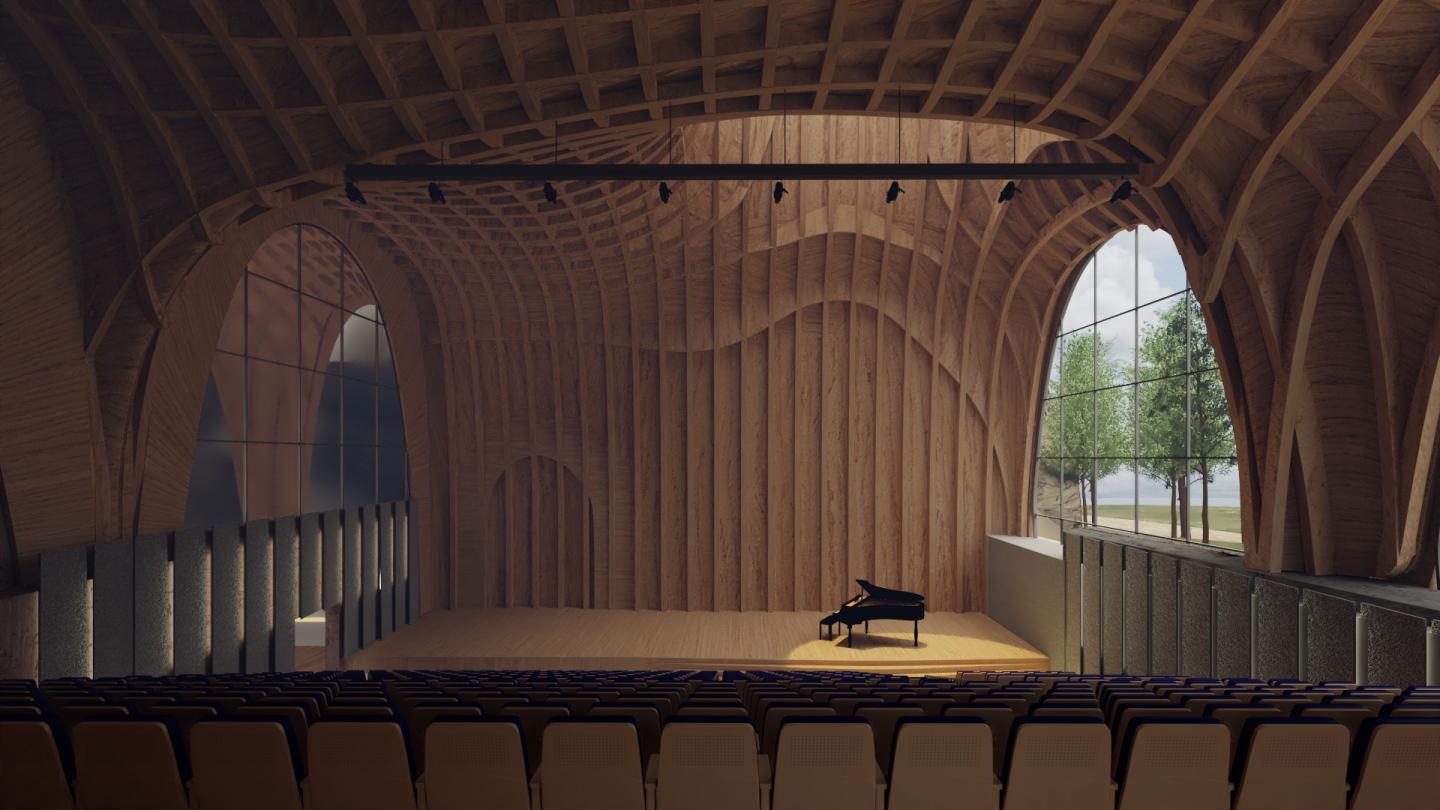 Physicists define time as the past to the present into the future. If a system is unchanging, it is timeless. Time can be considered to be the fourth dimension of reality, used to describe events in three-dimensional space. it is not something we can see, touch, or taste, but we can measure its passage.
Obscure was designed on the remains of an abandoned quarry in a small town on Turkey's Black Sea coast. It exists with a concept based on timelessness at a point where access to the town is relatively difficult, at the point with the cliff behind and the Black Sea in front of it.
In this project, time has been considered as a phenomenon that reveals the relativity of people with objects, living things, and the mobility of those beings around them. Therefore, the fact that Obscure is located far from the town and interacts only with the people who come there and the environment it is in, slows down relative time.
Also, while designing Obscure, another idea is to use the past, present, and future typologies of Amasra town together in accordance with the concept of being timeless. Therefore, the covered bazaar from the Roman Empire, the wood that is frequently used in local architecture, and the arches that exist in the general architectural typology of the town show themselves in all their splendor in the design. In addition, Obscure establishes strong connections at the zero point of the land and sea, making the town's coastline available to the people of that region.

Obscure caters to different spatial needs. It includes an auditorium, exhibition areas, restaurant, library, and administration areas. It covers an area of 10,000 square meters as a total footprint. In general, the Obscure, located on the edge of the cliff created by the old quarry, exists in its location with axes perpendicular to the sea, while the auditorium merges with an opposite axis created by an experimental exhibition space passing through the mountain.
Obscure emerged with a solid roof and arches with wood obtained from Oak, Beech, and Hornbeam trees in the Black Sea region of Turkey. A waffle structure is used to distribute the load between the wooden arch system and the wooden roof panels. Thus, the roof ceases to be a structure that only creates a closed area, and helps to create quality spaces. In addition, the entire load is transferred from the roof to the concrete foundation.
In addition, the roof also consists of openings created at different angles, calculated to transfer daylight to the interior spaces. Thus, the optimum level of daylight and its transfer to the desired places can be achieved.
The exhibition areas are placed inside the mountain, inspired by the first shelters of humanity, in two separate areas of the design. Thus, timelessness has been achieved with the exhibition areas illuminated by artificial lights, away from daylight, which allows us to perceive time.
In addition, an emergency road and vehicle parking area have been placed in the coastal area, which is missing in the area and cannot be easily used by the public. Secondly, spaces were created that pedestrians can easily use as walking and recreation areas.