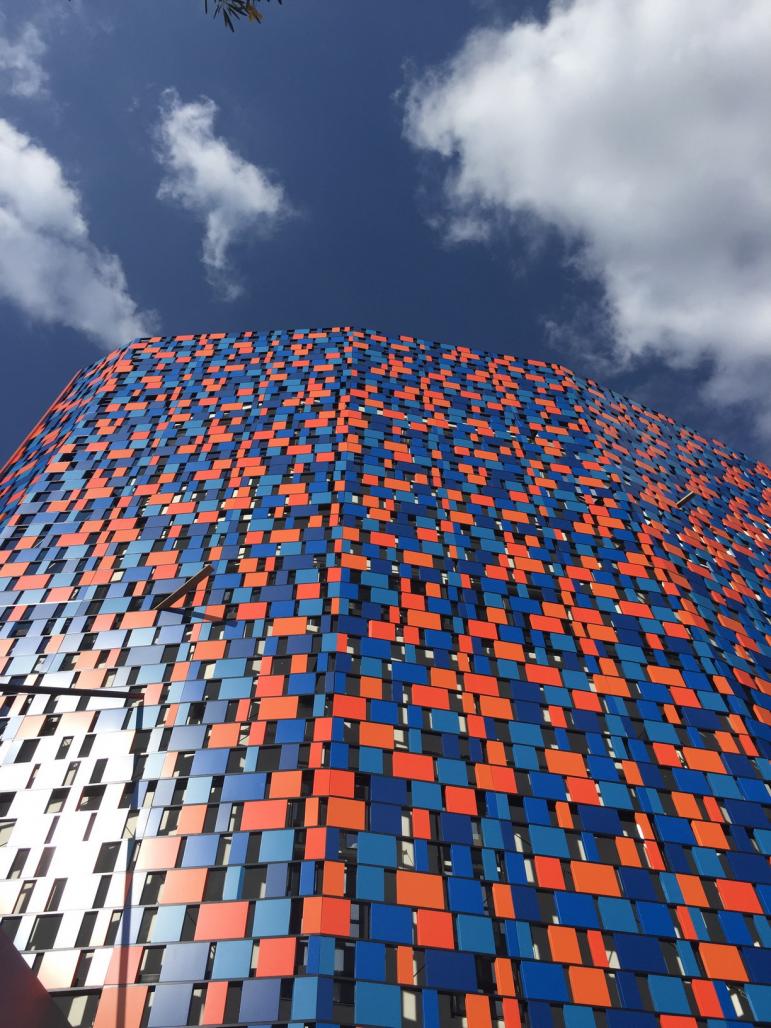 Exploration design can be done in various ways to produce a strategy in space if the building so as to maximize the idea of ??an idea that is capable of doing in a short time. The school building design begins with understanding all the requirements requested by the foundation LBIS (Candle Nations Intercultural School), of course srategi number of classrooms and support spaces should diexplorasi in the layout of the building. Spatial planning school buildings do not have difficulty because of the existing building, which had stood two floors with a basement has a large structural modules and in accordance with the capacity of the modules that fit their needs.

Seeks to maximize his new function as school buildings, increased the number of floors of buildings into four floors with one floor rooftop as an indoor sports facility. Construction is made by simply adding a column reinforcement structure, which incidentally is already taken into account the existing structures to carry loads up to 5 floors.

The architectural design LBIS taken to form a 5 {five} wing panel façade in the form of grating (construction steel and aluminum) as a secondary skin with 2 color logo LBIS strip of blue and orange. Five layers taken planner to be part of the concept of Pancasila Sila 5 that emphasized the value of "intercultural". This façade layers forming fins overlapping arced according longest side. Secondary aluminum skin in the form of vertical cover the entire façade field school building overlooking major street (towards the North) as a protector of visual activity learning process. While the West side to minimize exposure by using glass façade reflectif as dummy façade West and 2nd game skin in the form of random puzzle blue and orange.