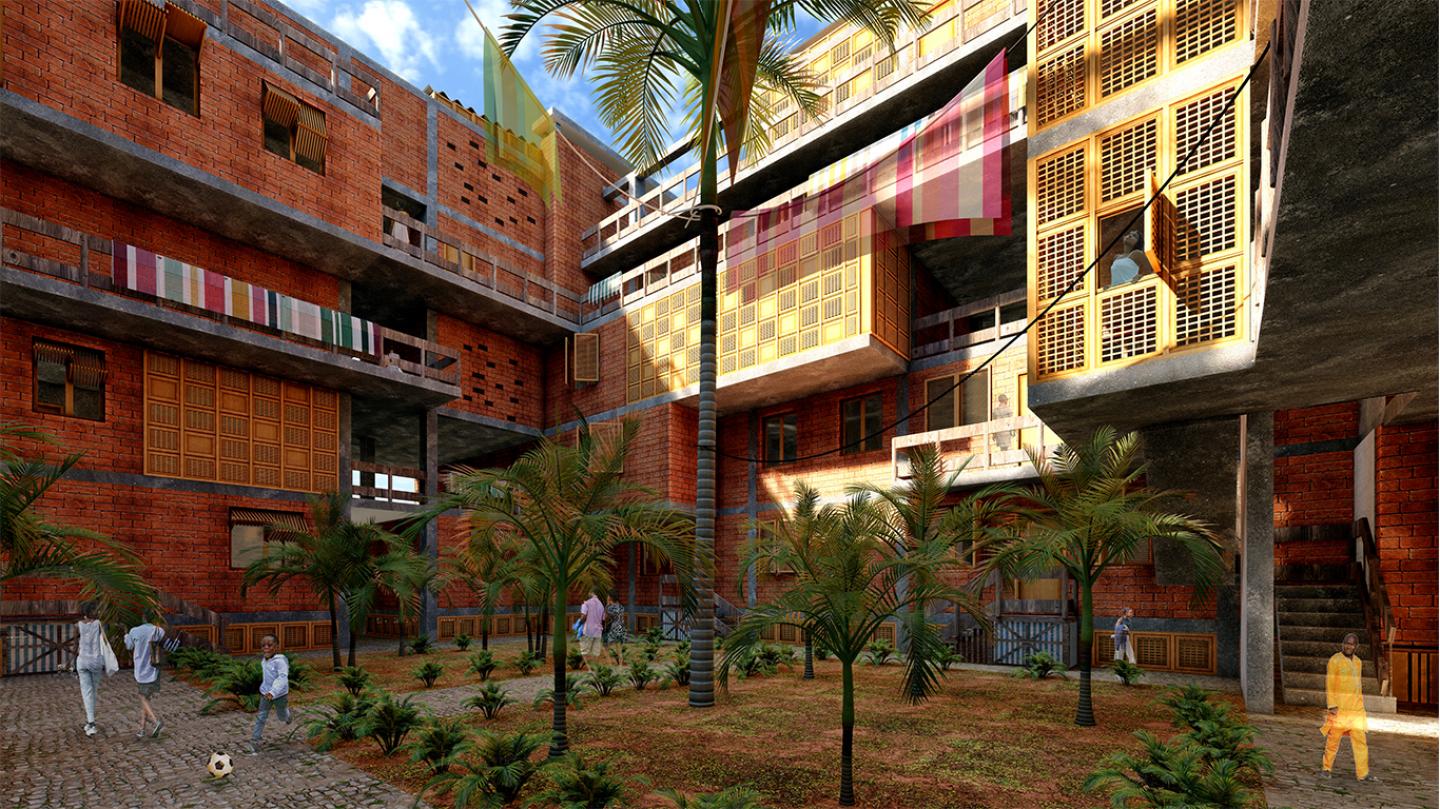 The Final Design Studio “Design within the limits of scarcity” explores the concept of scarcity and its relationship to creativity and design. This year, with the support of Comunità di Sant’Egidio, we developed suitable design proposals for the city of Beira (Mozambique), hit by Cyclone Idai in March 2019, to bring the refugees back to their city from several emergency camps built all over the region.

Since as a city, Beira has a very low elevation which causes it to be prone to flooding. Thus, Beira is one of the cities that is being affected by climate change the most. Considering the low-income level of the city and the community, it was necessary to design with certain limits of materials, technologies and strategies.

Beira’s climate is classified as tropical. When compared with winter, the summers have much more rainfall. The climate here is classified as Aw by the Köppen-Geiger system. The temperature here averages 24.7 °C. The rainfall here is around 935 mm per year. In summers, even though the temperature isn’t very high, the high level of humidity reduces the thermal comfort the most.

The problems people of Beira is facing are real. It was something to be taken seriously. Rather than a very flashy project with “good” aesthetics, we aimed to provide a well-thought-out and convenient project that people can utilize with ease. We’ve been also asked to make the project as dense as possible in order to accommodate a high amount of people.

Considering the lack of materials and technologies available, we’ve pushed ourselves to propose an innovative design strategy that would start fighting against the harsh climate conditions of the city from the beginning. We have used an evolutionary multi-objective optimization engine considering 3 pillars of sustainability: Environmental, economic and social prosperity. We have set goals considering the three pillars and various criteria to achieve those goals.

After the optimization process is complete, the model was quite raw since a machine can’t design an architectural project while considering every aspect (yet). With our architectural approach, we’ve changed some of its parts in order to improve the fundamentals of the project and give it an identity.

Back to Beira by Büşra Kuş in Mozambique won the WA Award Cycle 38. Please find below the WA Award poster for this project.