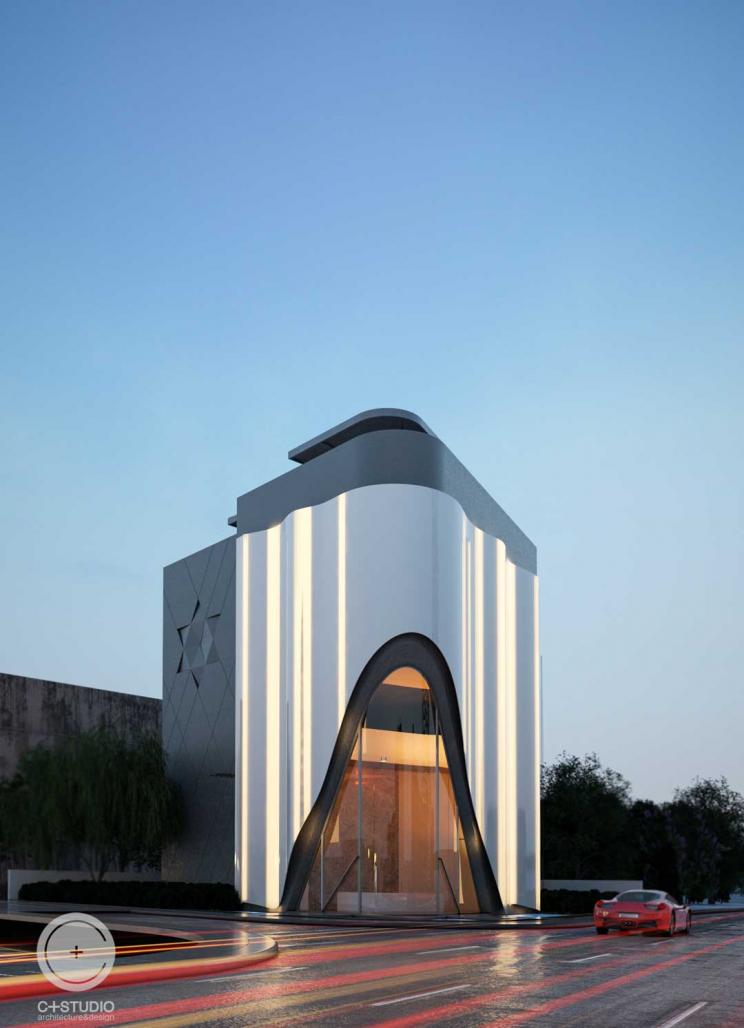 THE JEWISH MUSEUM OF CYPRUS

THE JEWISH MUSEUM OF CYPRUS
A tale of history told through contemporary design, the Jewish museum of Cyprus makes a bold statement, creating an impactful visual tableau for future generations. The story of the brave Cypriots who aided the refugees of Holocaust to rebuild their way of life to re-enter a world where they felt safe not just to return to their identities but to be proud of them, is one that should be told. Posited in the heart of Larnaca, next to the Jewish community centre, this building though modernistic, has strong historical influences and is steeped in Jewish culture.

Drawing inspiration from the fringed garment traditionally worn by Jews, a façade which would cover the front exterior of the building has been beautifully designed. The evolution of this idea began with the conceptualization of the cotton/wool fabric called “beged” of the garment into a similar architectural design whilst keeping in mind characteristics like the special twined and knotted fringes also called “tzitzit”. The façade will represent an airy fabric form emulating the folding of the orthodox Ashkenazic traditional cloth. The colour scheme of the façade will serve the dual purpose of looking completely white in the daytime symbolizing spiritual purity in Jewish tradition, with the warm backlights, lighting up in vertical lines across the surface at night, imitating the design of the Tallit Katan.

This unique concept uses innovative architecture, while maintaining the authenticity of deep-rooted traditions. A beautiful amalgamation of the past and the present, this style subtly yet strongly pays homage to the rich and extraordinary history it showcases.
The museum is primarily constructed using concrete and glass with the façade being made entirely of a new generation solid surface. Is a material that is warm to the touch and similar to natural stone. It is made of two-thirds natural minerals (ATH – aluminium trihydrate) and a low percentage of high-resistance resins
The versatility of a new generation material with its hard-wearing, non-porous surface helps achieve a beautiful likeness to fabric while also being low maintenance.