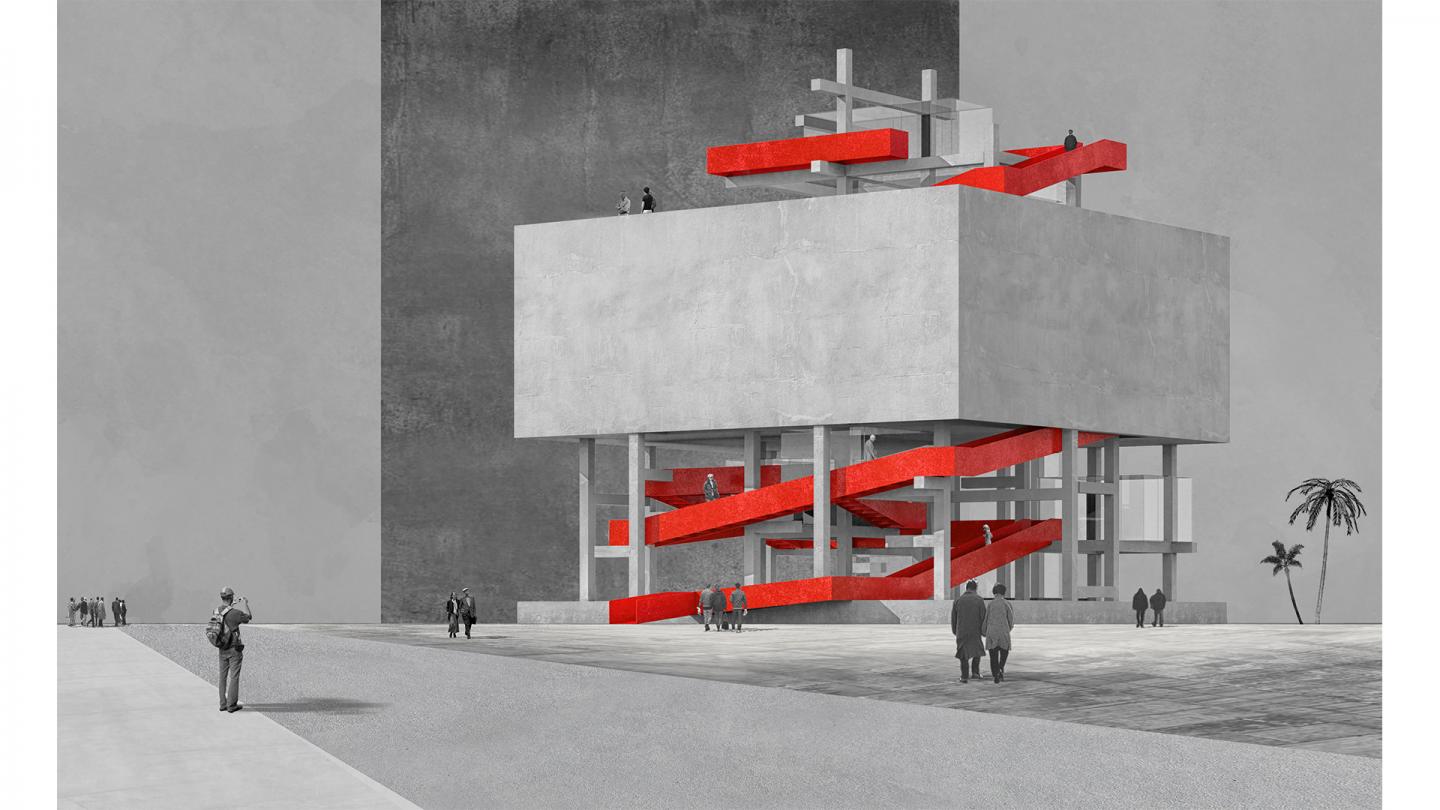 Nur commercial project is located on a 790-square-meter land near the main road of Noor city between the sea and the Sisangan jungle. Considering the accessibility and landscape The land has special situation. The client request was to establish a recreational/commercial hub on this land. According to the subject of the project, the typology of Iranian BAZAR was studied. In these studies, the design team emphasized on two issues. The first issue was Iranian traditional bazar program and the other one was Iranian bazaar voids/in between spaces. By studying the Iranian traditional bazar, we find that the Iranian bazaar was not merely a trading place but had all the major program of a city such as religious (mosque), social (school, carvansara and bath) and political. We consider the bazar as an essence of the city which could be a concept for this project. So we extract the essences of the site. These essences transform to form with programming and iconic approaches.

Since the site is located between the sea and the jungle, we consider the nature as first essence of the site and the program we could relate to fit this essence is a department store for camping and sailing equipment, etc. according to iconic approach, we have made an abstract image of tree with chaotic column and beams in project that defines the structure as well. Second essence is motion due to the main access of the city located near the site. We extended this motion essence in shape of continuous red ribbon and access component like stairs in entire project. The program related to this essence is a car show which this red ribbon moves around it like a gallery. The third essence is society that could be defined within the project through the extraversion of the country's northern culture. Restaurant, amphitheater, and VIP ROOM spaces are defined as the social program of the project.