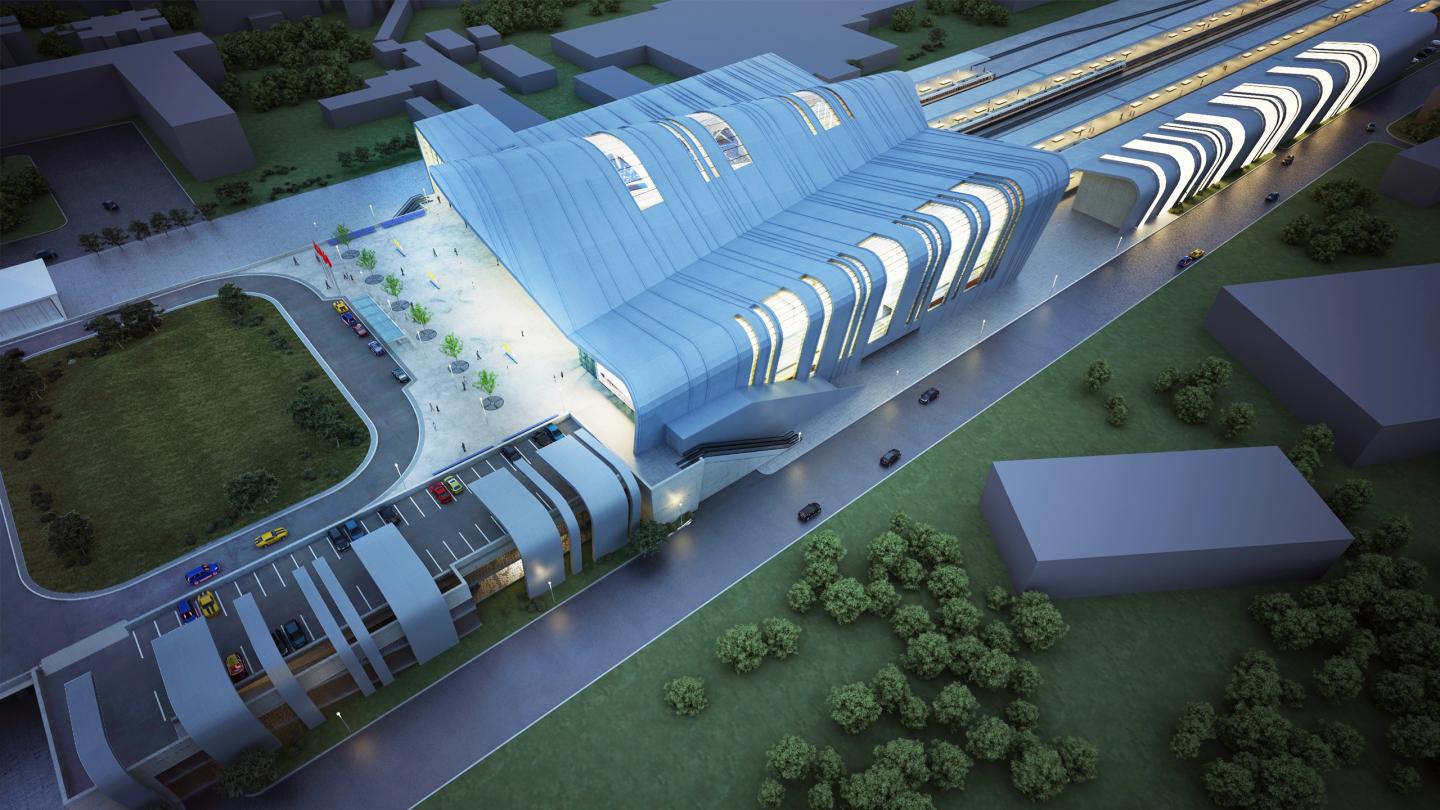 Eskisehir High Speed Train Station is planned in the historical centre of Eskisehir surrounded by buildings under conservation. In this context the design aims to enhance the sustainability of urban memory and continuity of urban public spaces. Because of the dense and congested urban texture around, the building site is rather small. Hence some parts of the station are planned over the existing railway platforms. The building extends like an urban deck over the platforms bridging the two parts of the city and providing the continuity of the pedestrian paths. Continuity of the public paths and integration with the neighbourhood are the two important design criteria. So, the building is designed as an urban interface between the city and the station instead of creating a giant border in the city. Eskisehir High Speed Train Station is a project that creates an interface between the architectural space and the urban space not only in terms of physical/spatial dimensions but also with social, cultural and aesthetic dimensions. Due to its location and the architectural programme it is an important stop in the city in terms of its economic value and the usage value. In that sense, the station will not only be a transit area that people use to reach the trains but also a meeting and interaction point for the citizens.

In the project one single roof covers the building with its ground floor and the two upper levels. Although the form of the design is inspired from the historic train station, the use of modern technology and wide spans in steel construction and the interpretation the architectural programme created the prestigious design of the station. The total construction area of the railway station with an annual passenger capacity of 14,675,000 is approximately 23,000 square meters. Considering the needs of the passengers the architectural program is enhanced with some social, cultural and commercial facilities in the station. Some restaurants, cafes, food courts, cafeterias, bank offices, post office, waiting halls, private lounges, VIP, CIP lounges, administrative and technical offices, children’s playground, and other service areas are proposed. Besides these facilities a hotel and office units are designed parallel to the railway line to support the architectural programme together with the social and commercial areas in the building. The composition of the building is in harmony with the historical urban texture and the urban landscape.