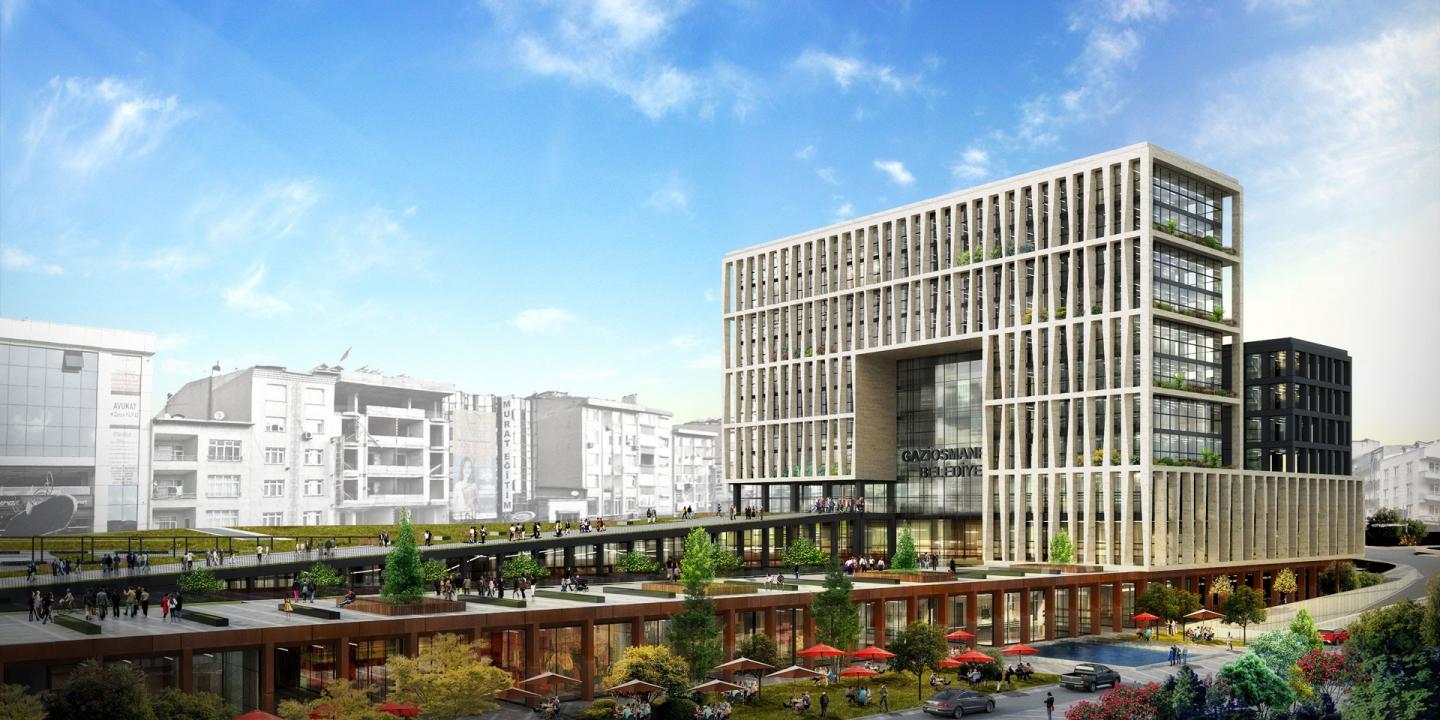 Gaziosmanpaşa is one of the crowded districts of Istanbul with its dense population. The current municipality building and its close surroundings are the most important centers of this region. However, as a result of the rapid developments, public areas and their relations have not developed enough; Today the existing municipality building itself is an urban barrier with its surrounding roads and squares.
The main objective of the project is to redesign the urban surface in a more effective, accessible way to build a stronger relationship with the existing building stock. In this respect, the project redesigns pedestrian and vehicle traffic, public transportation elements, dolmuş waiting areas, bus stops, parking lots, subway connections under the ground and leaves the square for a pedestrian-oriented use.
The new Municipal Service Building has been designed at the east part of the area to reduce the mass impact to the square and is arranged as two separate parts to scale down the mass to the existing surrounding structures.