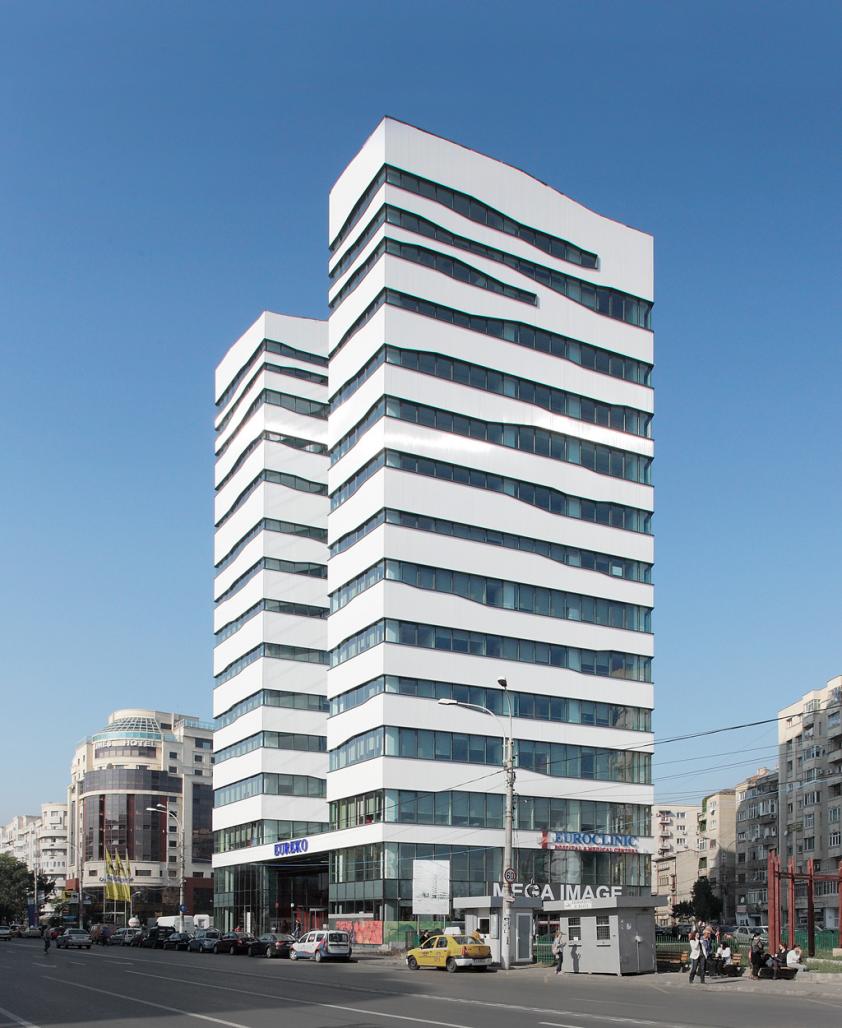 Situated in Muncii Square, one of the most circulated intersections of Bucharest, Olympia Tower occupies a very small plot of around 1.500sqm. Bluehouse decided to dare to develop this plot, after many other attempts of other developers, having to solve almost a dozen of very complicated issues. The location is surrounded by streets, is in the close proximity of a gas station and was having all kind of underground networks to relocate.
The architectural aim is for a very dynamic building in the middle of a very dynamic place that adapts itself to the cardinal points for a better deficiency of the energy consumption.