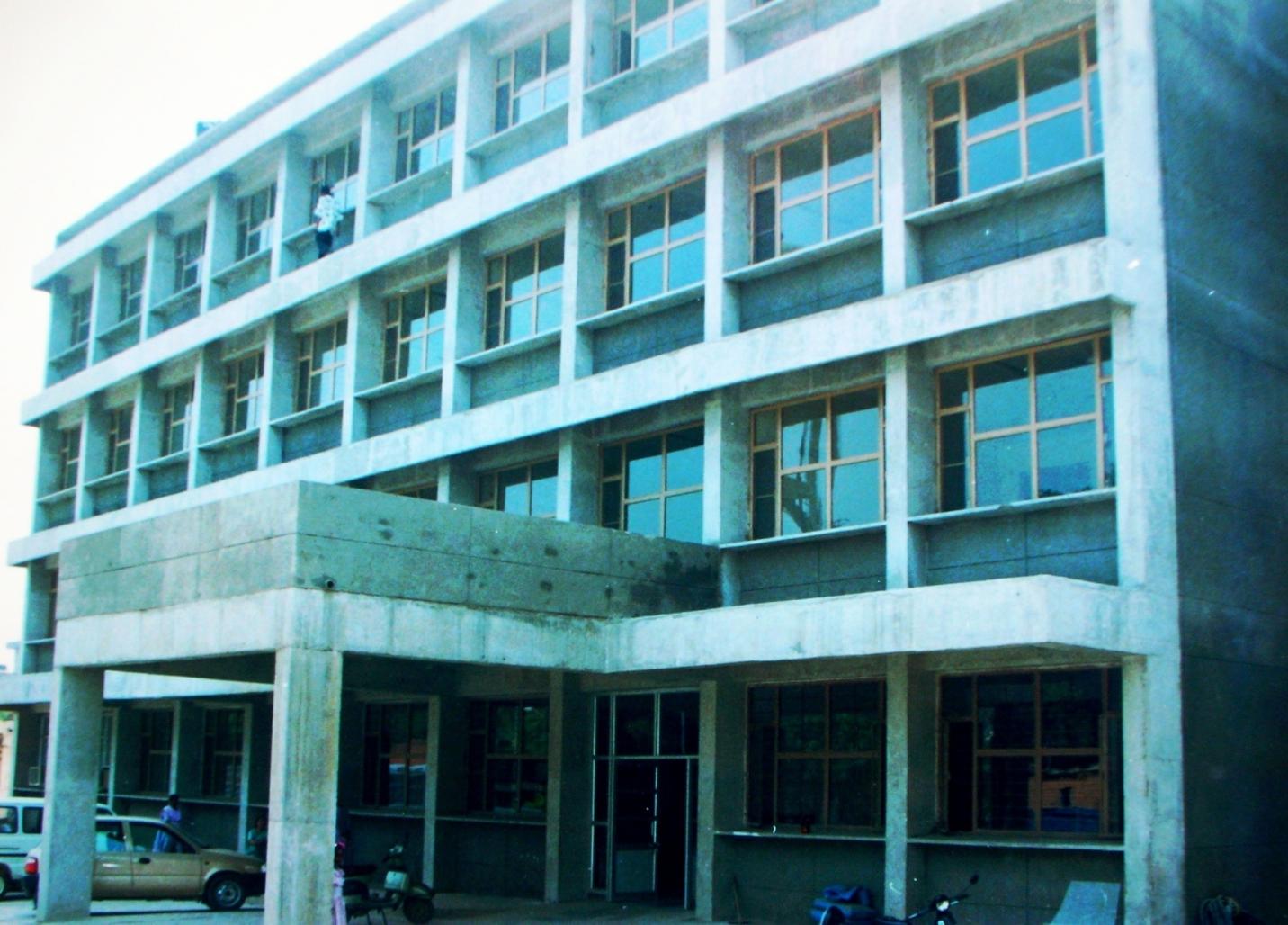 Khanna is an important Tehsil town of District Ludhiana and is famous for its grain market, which is biggest in Asia. It is located on the National Highway-1, historically known as Sher Shah Suri Marg about 42 kms southeast of Ludhiana. To cater to the health-care needs of the local population, Civil Hospital Khanna is functioning on a very congested but prime one-hectare land abutting the main G.T. Road. Prior to the construction of new hospital this site was dotted with number of very old dilapidated structures, which were being used shabbily to house various components of the hospital. When the Government of Punjab decided to upgrade this hospital under the Implementation of World Bank Aided State Health Systems Development Project, a conscious decision was made to demolish some unsafe buildings, which have outlived their lives to make room for new additions. To keep the project cost within specified limits some existing built-up area has been retained for the time being, and renovated moderately to accommodate outpatient department. However it is envisaged that whenever some budgetary provisions are made this old OPD building shall be replaced with a new one.
To design a full-fledged 100-bed hospital was an arduous task due to number of hardships like scarcity of land, paucity of funds and tough ground conditions vis-à-vis functioning of hospital during construction. After weighing pros and cons of various possibilities a via media has been evolved to fulfill user groups immediate requirements within allocated budget and space available. The hospital has been designed as a compact multistoried complex in three blocks to be constructed in three phases. The middle block, which has now been constructed in phase-I is a four-storied block with a future provision of another floor above. This block accommodates an emergency wing and a small diagnostic unit at ground floor. The hospital being situated at the busy highway prone to accidents, an emergency wing was of outmost necessity. Next in the priority list was the wards as the old wards were have to be demolished to create space for this block. So the upper three floors has been designed to house wards for about 100 patients. Each floor comprises five wards of six beds each besides two private rooms and other necessary infrastructure. Since the site is heavily congested on three sides, the wards are located on the fourth front side so that the patients can have a view of the lively G.T. Road and the city silhouette in the background.
Apart from the ward block a maternity/OT block has been planned at the rear side which, will be constructed in phase-II. This block contains gynecology and pediatric consultation rooms and a comprehensive delivery wing at ground floor level. The first floor houses operation theatre wing. The upper three floors can be added as and when required. A compact circulation core, which provides vertical access to all floors, is sandwiched between wards and OT blocks. It comprises a staircase, lifts and a ramp. The ramp has been ingeniously adjusted in the narrow space available in between the adjoining property and the hospital building. Its shape and form conveys architects sense of plastic art and its application to solve peculiar design problems.
The phase-III of the hospital comprises a new OPD-cum-Diagnostic block, which is planned to replace the old OPD block. This block shall be linked to the central block by a covered passage which will be left open from sides thus allowing cross movement to provide access to the existing residences at the back. When fully realized as per design the hospital shall be architects accomplishment not necessarily in terms of its visual statement but for its profoundness of design.