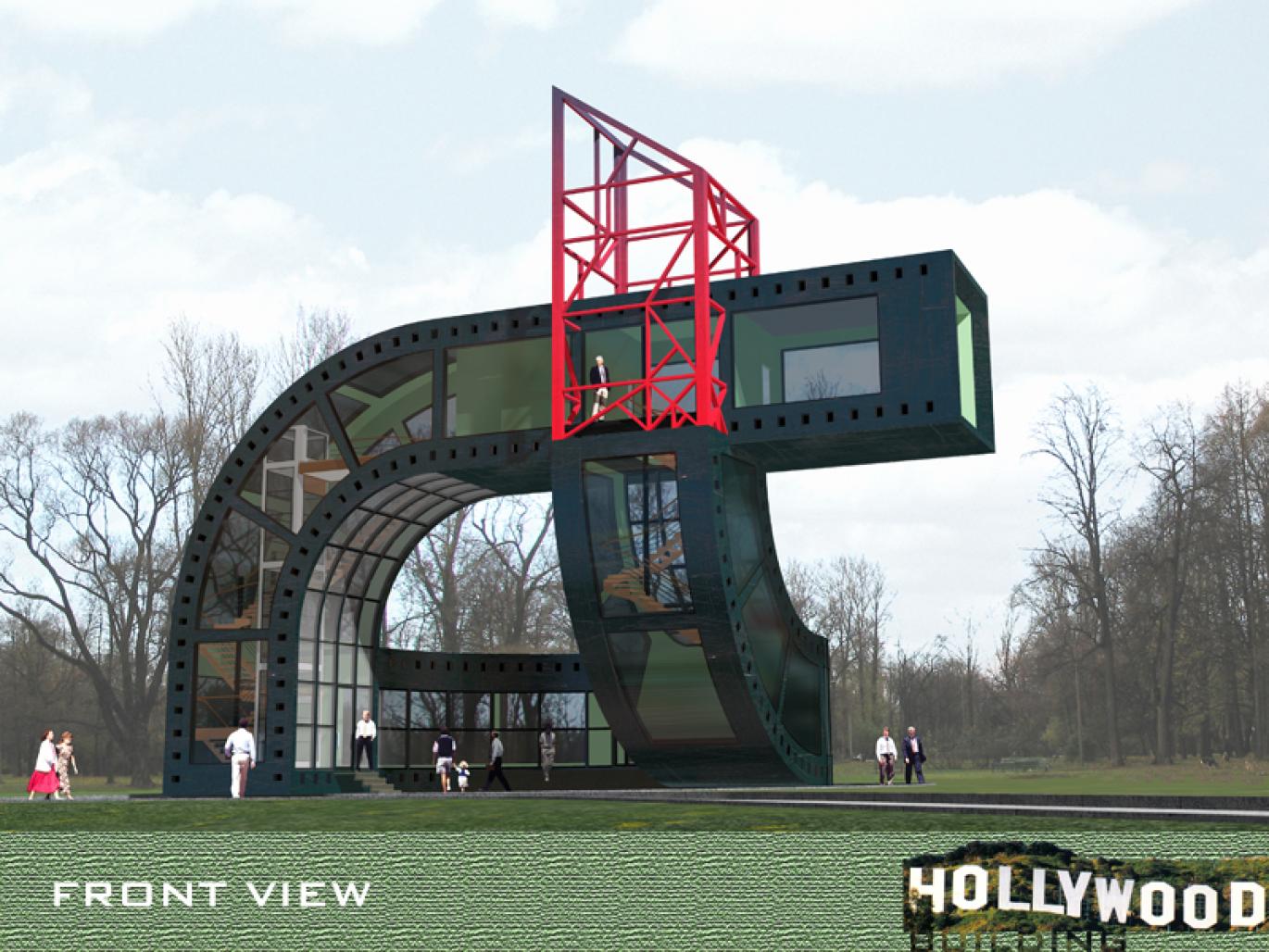 The idea of this house is based on the perception of the image-bearing set.
These images are somehow or other connected with art as such, with cinematograph in particular and in general with existence of intelligent personality who meditates on God, on the surrounding world, on his place in this world.
One of the images of this world is a fragment of cine film lying on the editors table – that seems to be either cut off the film or, on the contrary, is going to be fastened to the film. The film as such looks like the Moebius loop and at the same time like the infinity sign in mathematics; similar to the Moebius loop, its outward surface passes into internal one. The same way in life, the boundary between life and art mirroring it becomes effaced at times; like the infinity sign, art is eternal.
The walls of the house, in their turn, remind as well of the cine film surface – its windows are executed as frames of this film and we, being outside the house, see a cine film through these frames where its dwellers are the actors; while being inside the house we observe the life of the world around.
One more image evoked by the external look of the house is Rodins statue Thinker, as thinking, the idea is one of the driving forces of art.
The other image is a cross with the crest seeming to be dilapidated or, as may be treated differently, its carcass accumulates flesh which implies that the dweller of this house either loses faith or gains it.
The motion path inside the house represents a closed curve round which its dweller either soars upwards or dashes downwards – this being similar to the creative process where the moments of inspiration neighbour the moments of standstill.