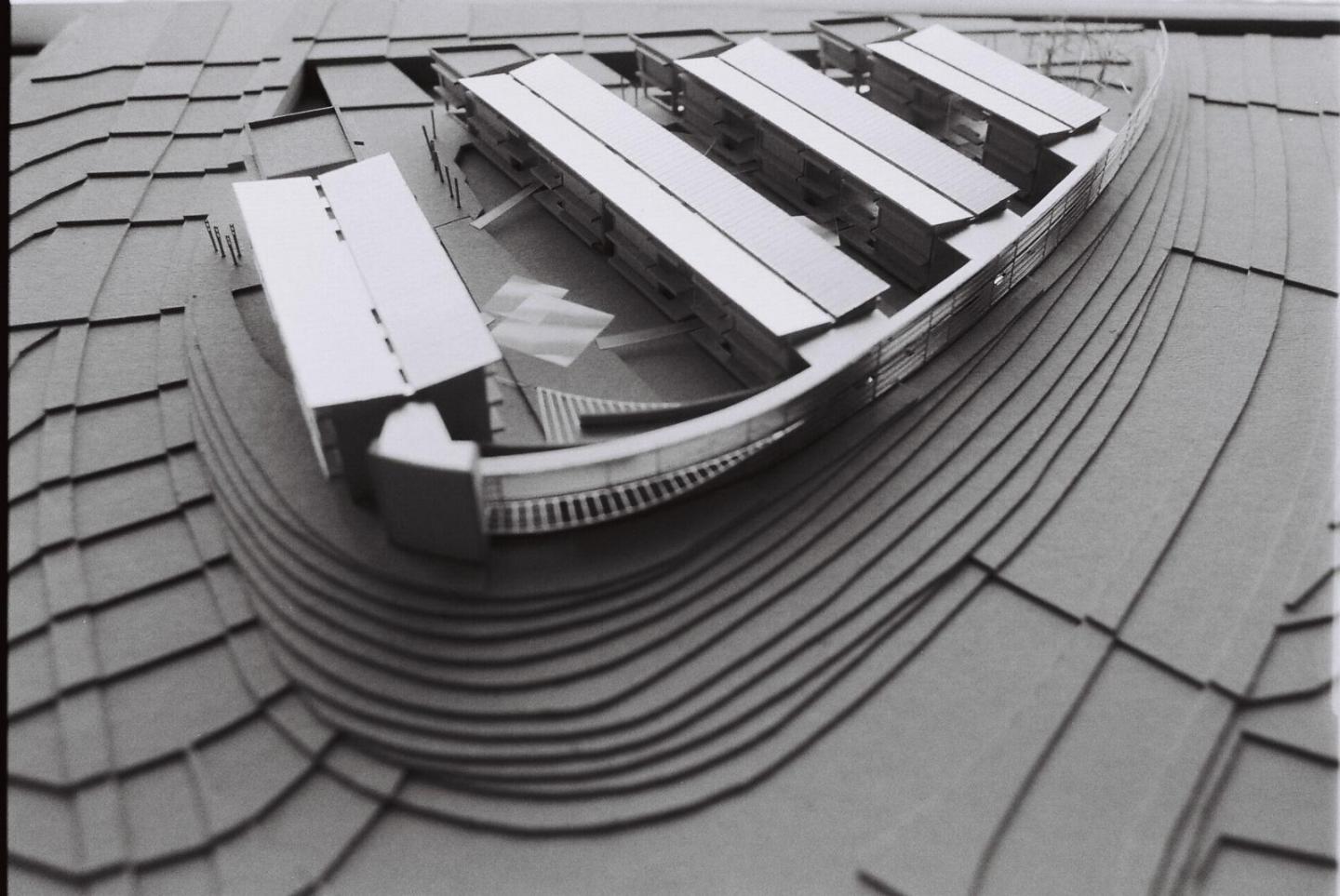 COMPETITION FOR THE STUDENT’S RESIDENCE IN NICOSIA

the student community owes to constitute the motive force for the growth of new ideas and visions of life, through the participative processes of research and study, the dialogue, the free thought and expression.

it was considered that the graduate attendance of the student from the smaller to the bigger teams, gives him the possibility to as an active student, as an active citizen. the decision was to combine the units of the brief, shaping bigger units-buildings, which themselves are unified in bigger groups, so that gradually the whole complex is composed.

for the process of above idea the following thoughts were considered:
• the place of the plot, which is in the direction from the city to the campus and near one of its entries, gives the sense of a point of arrival and reception, like a “terminal station”.
• the residents of the student campus live together for a limited time, having common “destinations”, as somebody could say for the “co- travelers”.

the combination of the above led us to the composition where the buildings, through mediating voids, look like “trains”, the whole complex like “terminal station” and the students like “co-travelers” who in their journey, they can be isolated, cross and meet through various and continuous transformations.