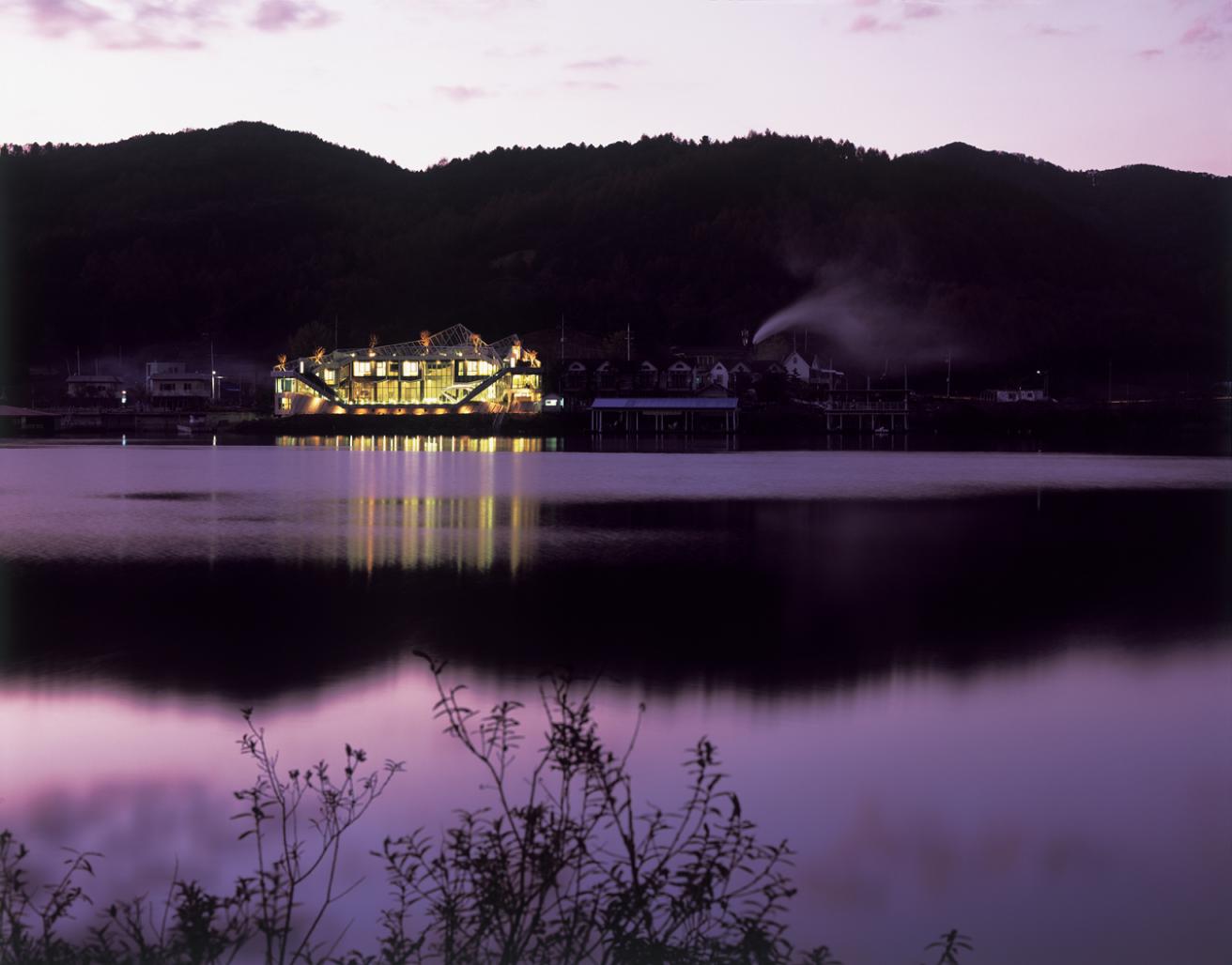 Floating site on the river
This site, where is floating on river and confronted the graceful landscape, was strongly recognized to me as a part of nature, from the first time that I met.
From then, I started to visualize the architectural nature as a place of recreation.

Continuous circulation of stepped roof garden - Creation of new green land in this site
The whole part of the step typed roofs, where is moving upward with various level, are directly linked to the bed rooms in upper floor.
Finally, this stepped roof gardens are linked to both sides of the inner court at where swimming pool is.
The inner court where is filled with the water and flower and fruit, and the whole of the roof gardens are circulated as the continuous landscape place and that is the place as architectural nature in concept.

Sucking in dynamic-surrounding landscape
Naturally, all of the rooms inside this site-shaped-mass are laid toward the picturesque landscape to enjoy the graceful scenery surrounded this site.
The huge panoramic view framed with sloped ceiling line that is composed with the lines of stepped roof gardens and the bottom line of the inner court, is the major impression of inner space of this house.

Landscape architecture - Harmonizing with the surrounding landscape
The shape of the mountain type composed of irregular polygonal shaped concrete mass and metal mesh was designed to harmonize with the context as the architectural mountain.
There was the intention to be a part of the surrounding context that consisted of the river and the mountain.

Architectural Island - Island House
As a result, this house was to be The island house as an architectural island.