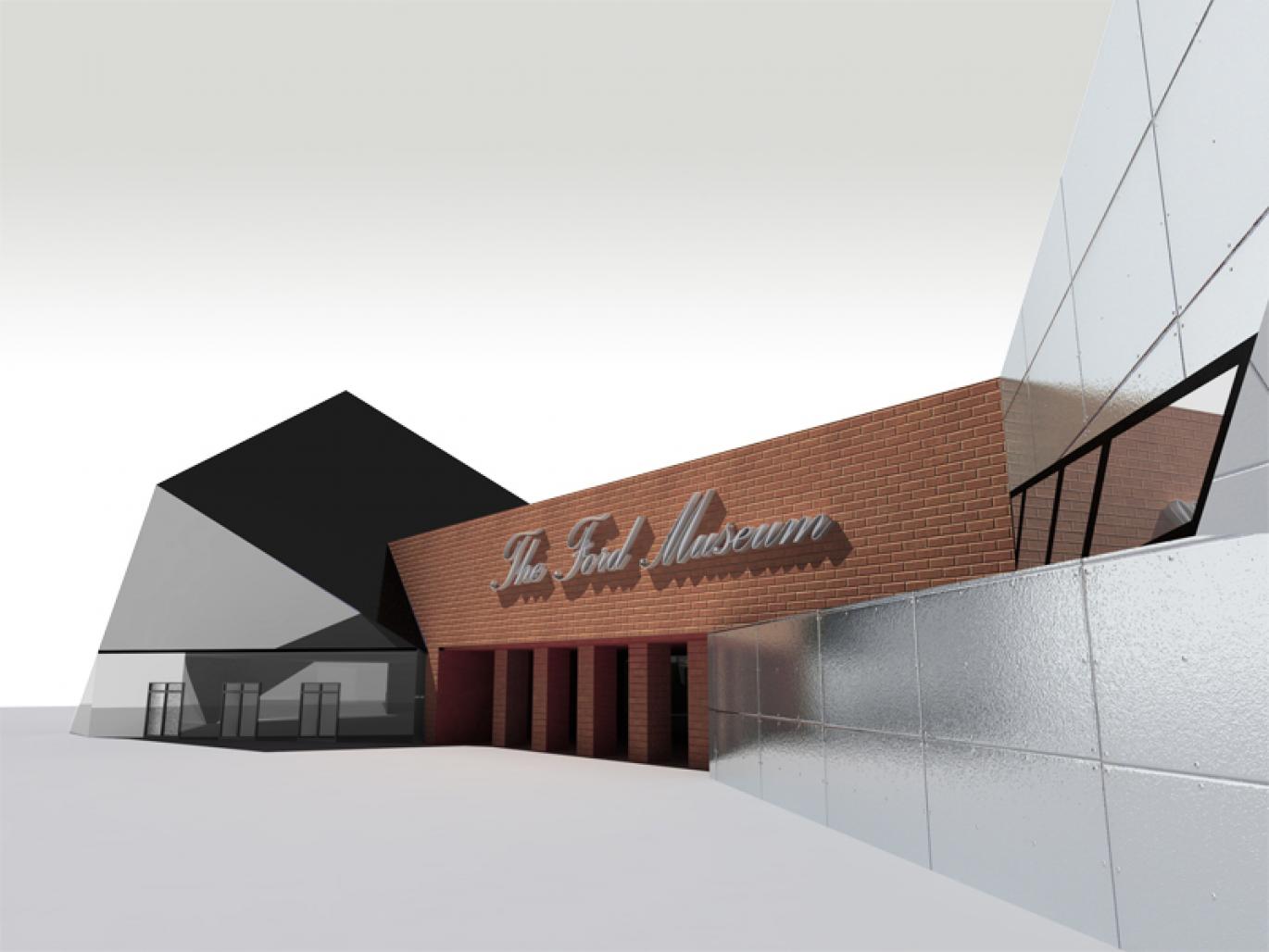 The Museum`s form is somehow metaphorical.
The museum consists of two main parts that differ in form, the factory which is the display area for the cars from the earlier days, and the second part is the steel structure containing the modern models. The factory part is clad in brick and its structure is composed of steel frames to give a form reminiscent of the hangars designed by Albert Kahn who designed the factories for Ford. The brick is used to imply the notion of mass production as it is in repetitive units symbolizing Henry Ford`s contribution to mass production of vehicles. The black cube containing the entrance at the ground floor, the library and the lecture hall on the second and third floors is a symbol of the model T which was vastly mass produced and at a time was owned by half the population in America, the cube is black because the model T was available only in black which was the paint that dried fastest.