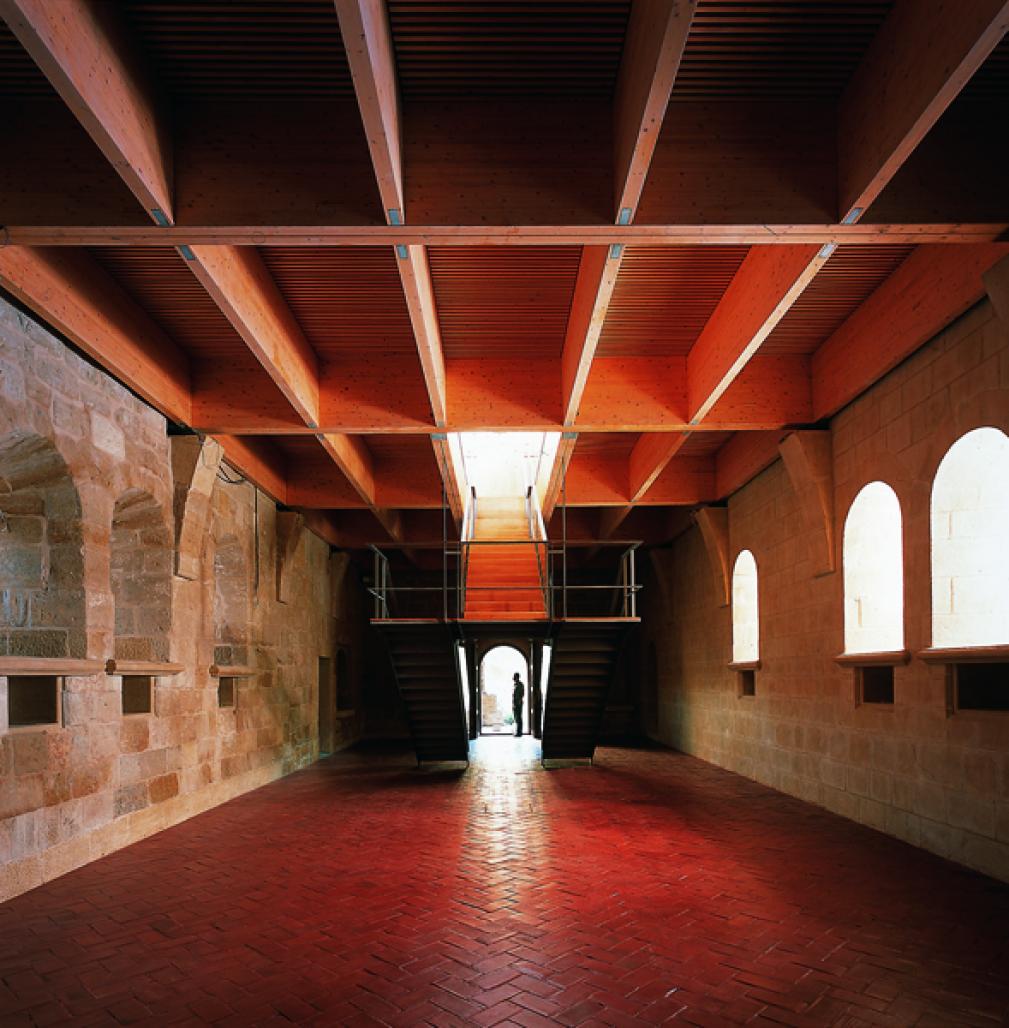 REHABILITATION OF THE OLD LIBRARY, MONASTERY OF FITERO

The internal space of this monastic creation turns out to be the prime factor in the intervention since this space is recovered as a staged union of three public rooms, which allow a synthetic knowledge of the constructive process of the monastic complex. To achieve this, the original volumes are recovered by means of new covering structures which reinterpretate the wooden traditional ones, and keep the massive character of the historical construction in stone, brick and cast.

The kitchen area turns out to be an alternative entrance to the monastery, and to its own library, hence recovering its stone entrance, as well as a section by means of a wooden pyramid structure which centrally aligns the old vaulted space, thanks to a lantern which illuminates the place. This hallway leads to the horizontal refectory space, in shade, suited to the exhibition of small items and audiovisual montages, from whose coffered wood panelled ceiling a stairway leads down giving access to the library floor underneath its great centrally located vault, whose vertical tension confers its appearance of great height. Once you get up to the top floor, the space is organised on two contrasted levels of contemplation. At the lower level, the exhibition area seems to be defined as a continuous piece of wooden and glass furniture fixture, inclined hence preventing the reflection of troubling images, and the other upper level, characterised by its vault and its decor from the nineteenth century.

In short, the intervention is trying to maintain a careful balance between the recovery of a piece lingering in the recent memory and its adaptation to possible future uses via the introduction of basic elements of spatial organisation without any interference to the accepted reading of history, thus allowing full reconditioning and hence public enjoyment of the recovered spaces.