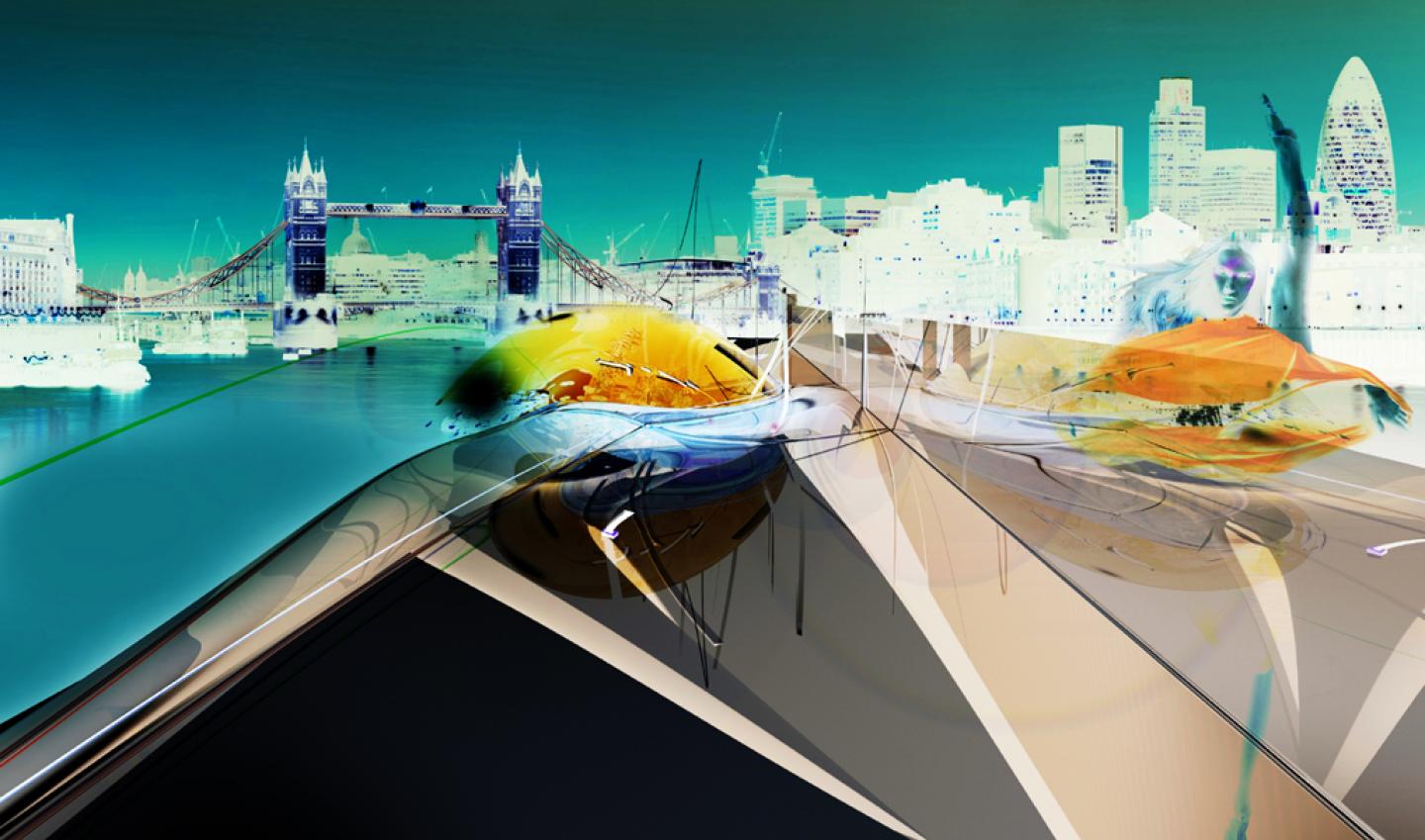 The gallery warps space using folded surfaces to create a continuous ever changing environment in which the art is viewed. London becomes a moving blank canvas altering perceptions of the gallery, blurring the edges between static and non-static, defining a series of projected spaces that simulate the existing physicality by using the boat as a lens through which to view London.
The exhibited pieces are the only focal points anchoring the scheme into a programmatic context instead of a static physical environment.
The gallery suspends the viewer from their physica; reality. Walkways mimic the motion of a water vortex moving around anchored objects, the surfaces in section puncture the upper deck flooding light into the gallery spaces below to create a floating space similar to that of a swimming pool. A suspended reality.