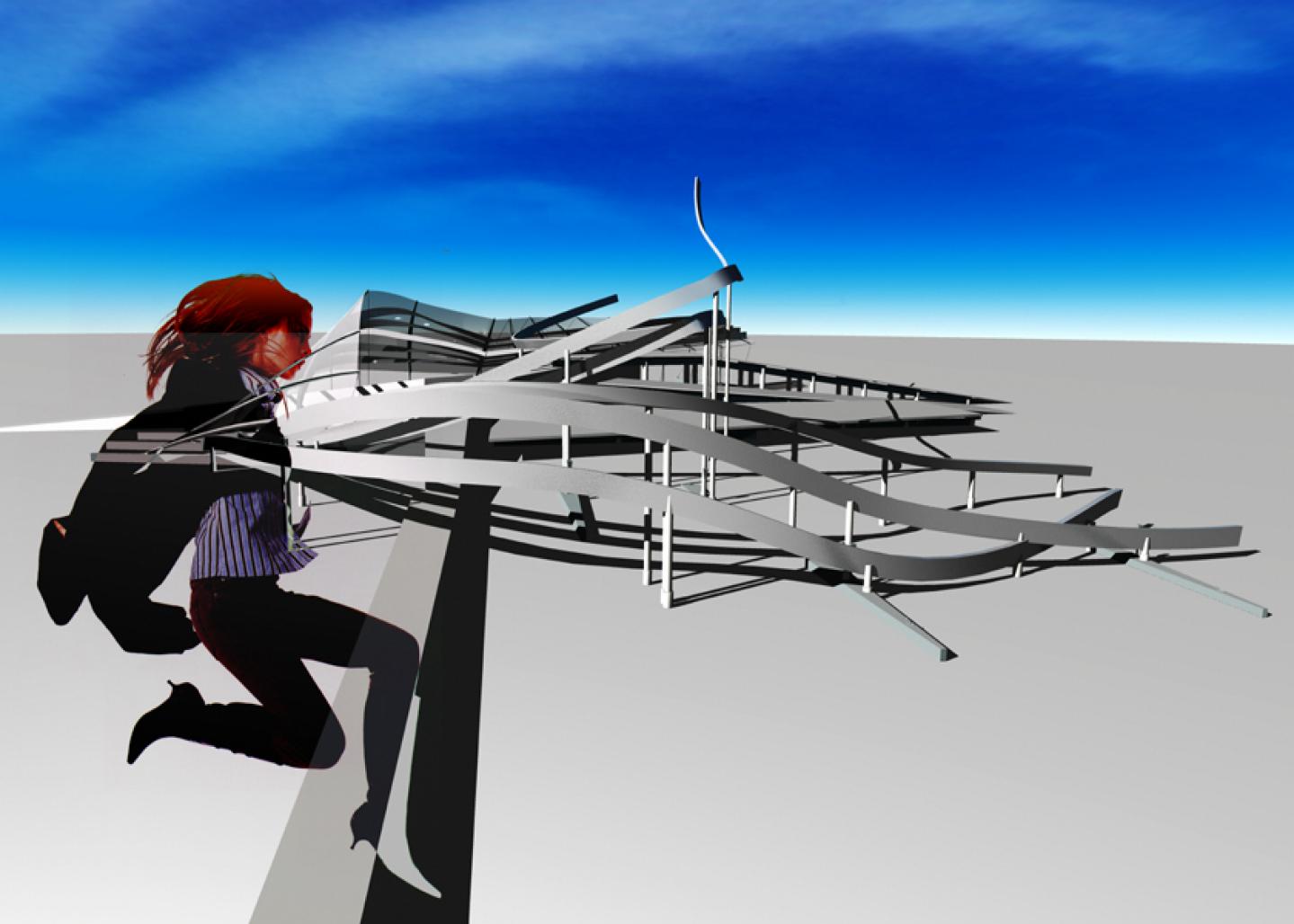 Meeting logic with subjectivity.
Three squares zone the relationship between stage and audience within the Greek theatre, its performance space is investigated as a non-static environment whereby virtual forces act upon the theatre in the form of Acoustics (amongst others).

The Greek Theatre is modeled and acoustic waves are simulated within the theatre. Identified zones within the space explore the nature of its acoustics, the design intentions explored through responsive surfaces, which become landscapes of sound regarded as the new site into which the event space is articulated.
The second area of analysis views the performance space as a virgin territory, whereby views, multiple horizon lines and spatial perceptions into the auditorium differ greatly. The acoustics continually change with the individual’s position in relationship to the stage. The first time you experience something is the sweetest after which there are mere recitals. The collective versus the divided. The monument versus the generic, is one the other without realizing?

The event space intensifies existing acoustic conditions; surfaces imitate and direct the sound simulating it to the sound quality found in Greek Amphitheatres. The formal configurations allow views into and through the event space choreographing either the divorce or connection between sound and view. A de-realisation of identity reflected spatially.

The gentle vibrating landscape allows sound to rise and fall across it, ensuring an interactive sound space, a harmonic space. The sectional changes record shifts between elements.


Stage 2:
-Greek Theatre design and acoustic control, the monumental typology presents us with a context, which we can relate to in terms of both the virtual and the actual.
Analysing through simulation and animation the Greek amphitheatre questions the relevance of monuments in today’s society, simulations are important tools describing physical conditions without being caught up in the symbolic, they are the beginning of a design process that perceives the design context as a non-static condition whereby ephemeral structures relate to the virtual.

-Simulating sound waves within the Greek theatre is achieved with multiple sound sources, from this zones are defined with differing sound qualities.
-Multiple sources, multiple qualities of sound, multiple perceptions of performance.
-One of the main ideas of the performance space is to allow for the audience to dislocate themselves from it (a de-realisation of real), differing sound qualities allow the viewer to experience the event as for the first time, there will be no uniform sound and in turn no hierarchy but a series of configurations allowing the audience to experience and perceive the event in multiple ways. These new empirical values are considered `virgin territories’.
-Breaking reference to the past, allowing for these types of experience suggests a similarity between monumentality and deja- vu. Déjà vu embraces transience by virtue of its definition, an experience where an individual feels that a particular or unique event has happened before in exactly the same way. To claim an experience and respond to it without the added filters of past referencing is impossible. The raw nature of the `real’ no longer exists. Everything we say or do brings to mind a chain of realities. Adaptations of the original co-exist resurfacing camouflaged, illusions of the new.
The animation of the theatre and the simulation of sound attempts to construct a non-r