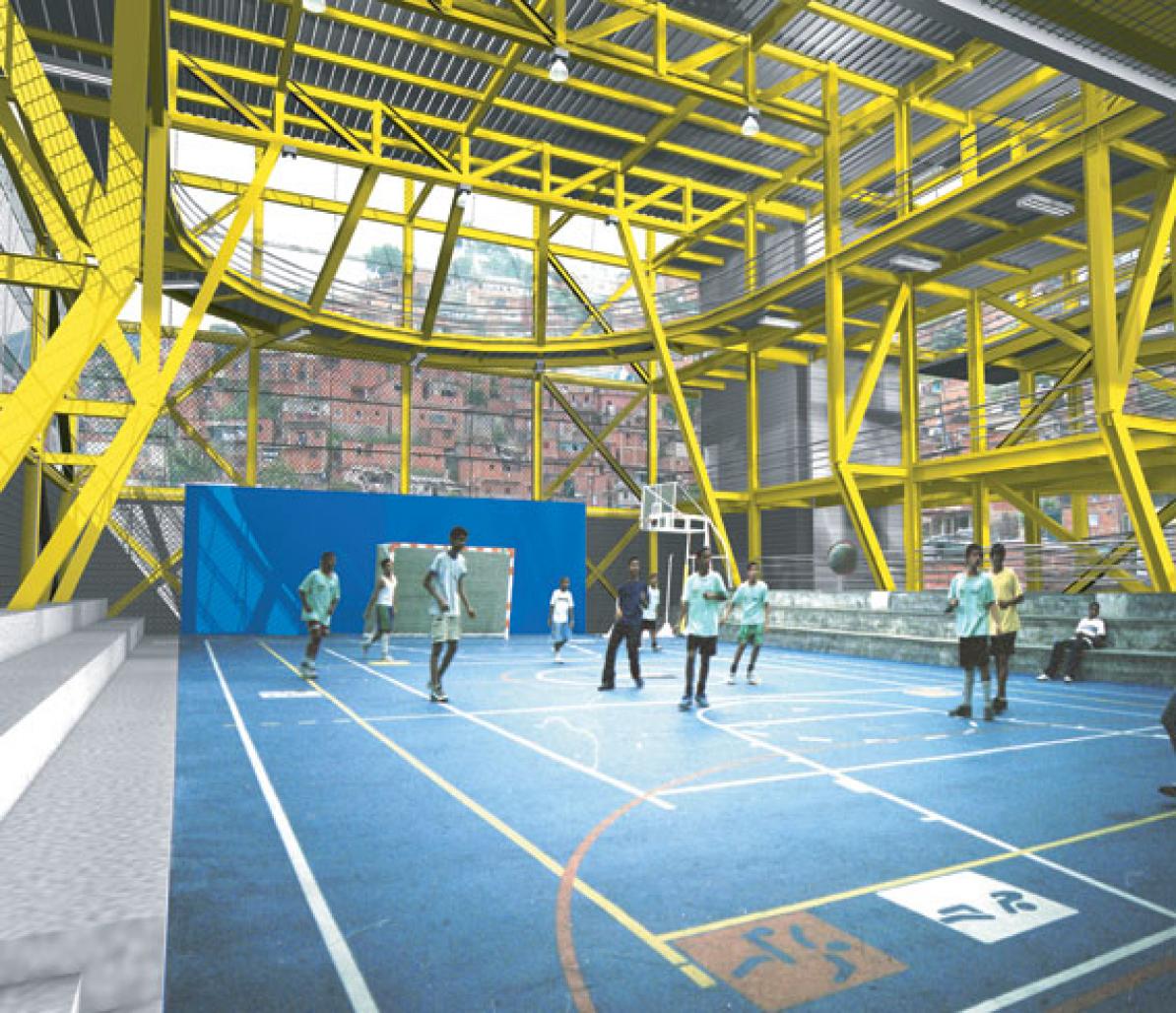 The 1,000 square metres site for the Vertical Gymnasium, located in Bello Campo, Barrio La Cruz, transforms the site of a former soccer field into a fitness complex with basketball courts, a dance studio, weights, a running track, a rock-climbing wall and an open-air soccer field for this densely populated sector of the city. The previous training facility was located on street level, and due to the densely built surroundings, could not expand out. It had to upwards.

The first installation of its kind, the Vertical Gymnasium in the Barrio La Cruz, is bristling with activity during day and nighttime hours, welcoming an average of 15,000 visitors per month, and has helped lower the crime rate in this barrio by more than 30 percent since its inauguration.

When the constructions in the informal city reaches the horizontal limit of expansion, further building activity continues in vertical expansions. Residential buildings and office structures have always developed this way, and yet municipal planners continue to plot sports facilities on a flat map, rendering recreation unfeasible in surface-starved settings.

When a kid with a basketball and a dream becomes another victim of barrio crossfire, something must be done. We cannot stop bullets from being bought, sold and fired. We can offer common ground, with values such as fair play and tolerance, where adolescents measure one another in sportive competition rather than in violent street fights.